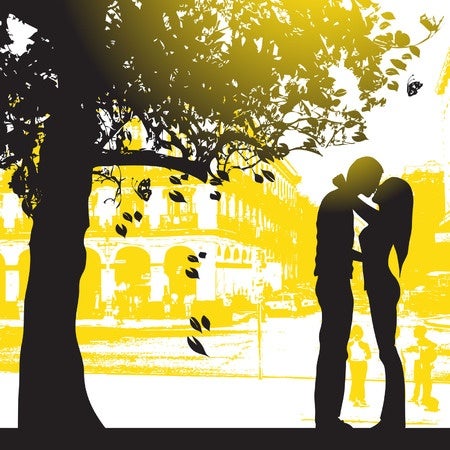 PARIS, France — Kissing is unlikely to pass on the Zika virus, which is harmless for most people but can cause severe brain damage in unborn children, a study with monkeys showed Monday.

Saliva, it concluded, was not a very effective carrier of the virus, which is known to spread through mosquito bites and sex.

“Our study suggests to us that kissing or sharing cutlery poses very little risk,” said study co-author Thomas Friedrich of the University of Wisconsin School of Veterinary Medicine.

“The only time this would not be true is if the Zika-infected person were very, very sick and had an extremely high amount of virus in their body and fluids,” he told AFP.

“Because only one such case is known, we expect this is very rare indeed.”

Friedrich was referring to a case in Utah in the United States last year, when a man contracted the Zika virus while taking care of his dying father. He never touched his father’s blood or other body fluids.

Tests found an unusually high concentration of Zika virus in the father’s blood — some 100,000 times greater than in most patients, according to the US Centers for Disease Control and Prevention.

Friedrich and a team set out to test whether Zika can be passed on via the saliva of an infected person.

They conducted two sets of experiments, and reported the results in the journal Nature Communications.

In the first, the team applied Zika virus directly to the tonsils of three macaque monkeys, to show that it can, theoretically, spread through oral contact. All three were infected.

The team then took saliva samples from a different set of monkeys, which had been injected with virus in a concentration similar to what humans would get from a mosquito, and swabbed the tonsils of five healthy peers with it.

None of the five contracted the virus, nor did a pair that had their nostrils or eyelids swabbed.

The monkeys were chosen for the study because they closely resemble humans physically and genetically.

The course of Zika infection in macaques is similar to that in humans, with a similar virus amount, duration of infection, and virus persistence in body fluids.

“So altogether we think our results do apply well to the human situation,” said Friedrich.

The virus is known to remain in the blood and saliva of infected people for about two weeks, but can remain in breast milk and semen for months.

“So transmission by oral sex or by breastfeeding is possible, though the level of risk is not known,” said Friedrich. This was not tested in the study.

Adding monkey spit to virus in a petri dish showed that saliva itself may thwart the virus with anti-microbial action, the team added.

But until we know more, caution is advised.

“Of course, any time someone you know has an infectious disease, it is best to refrain from kissing or sharing food or cutlery until they are feeling better,” said Friedrich.

Since Zika erupted on a large scale in mid-2015, more than 1.5 million people have been infected with the virus, mostly in Brazil and other countries in South America.

In most people, it causes no symptoms, or light ones such as an itchy rash.

But it is very dangerous for fetuses — more than 2,200 babies have been born with Zika-related microcephaly, a shrinking of the brain and skull, according to the World Health Organization.

Many others died before birth.