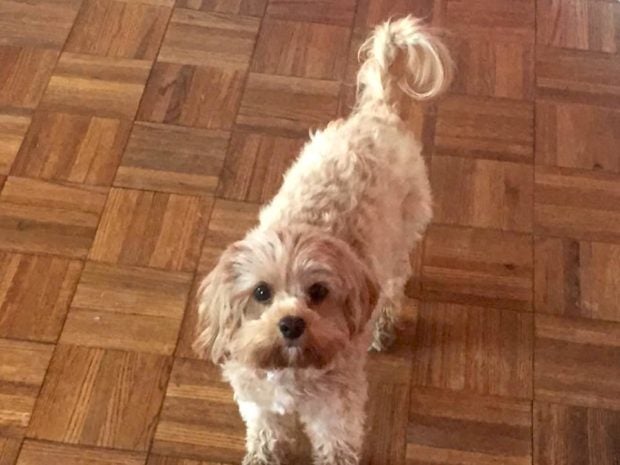 A single tweet led a small business in southern New Jersey to gain 5,000 likes and several five-star reviews on Facebook in just a day.

The company Stairfaces and Josephsen Hardwood Floors is managed by American Fred Josephsen Jr. His grandfather John founded it in 1928 and his father Fred Sr. continued the business in 1958.

In keeping up with the times, the company has a Facebook page where services are posted.

Recently, his son Dill tweeted about a special feature of the company’s posts, the employee of the week:

My dad takes pictures of the dogs at the houses he works on and posts them on his business’ Facebook page as employee of the week pic.twitter.com/BrkYKdr1lT

Dog lovers flocked to the page to discover other wonderful employees of the week, whom Fred Jr. dubs as “Great girl” or “great boy”:

As a fair employer, Fred features other animals too:

But sometimes his employees sleep on the job:

After seeing an uptick in interest, Fred welcomed employees of the week fans with a post:

People have also expressed admiration for Fred’s workmanship, and many from around the United States and abroad wish they could hire the affable hardwood specialist.

I’m following the fb page even though I’m in the wrong country, I need new hardwood floor in the hall and lounge and I have a dog! Sad times

After a writer called it a “brilliant marketing idea,” Dill said it was “more of a love for animals” that led his dad to share the photos.

He also clarified that his dad has no employees save for himself, so there are no hard feelings from humans who may feel they aren’t being recognized. JB