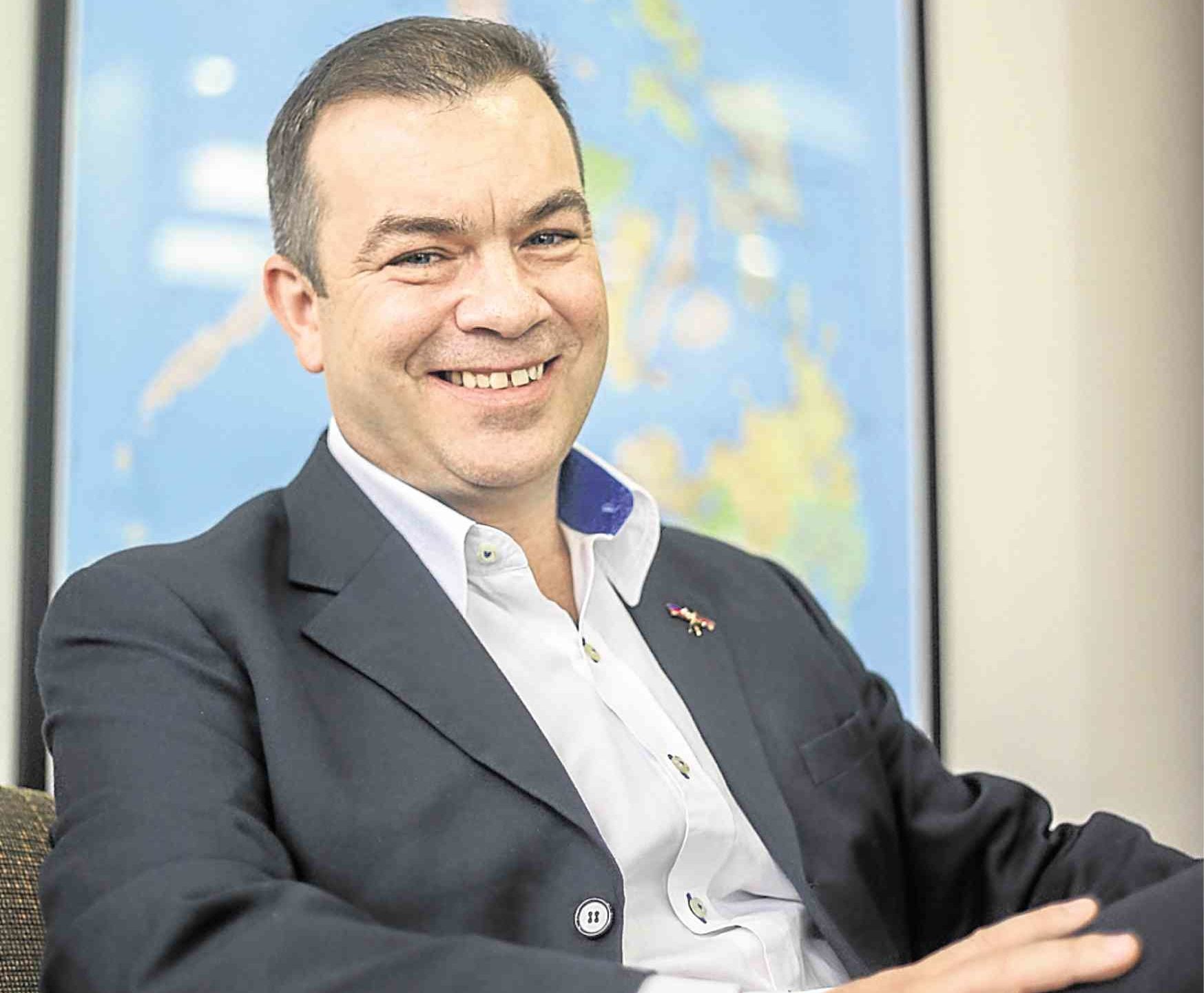 #lifewelltraveled how-to: Take it from this airline exec

Rob Bradshaw, the newly appointed British country manager of Cathay Pacific Airways in Manila, recently had the time of his life watching his two young daughters catch frogs and ride a carabao on a rice paddy in Pangasinan.

He admitted the adventure was spontaneous, one that the family didn’t expect. Bradshaw’s job in the airline has taken him to Hong Kong, Jakarta, Dubai and Rome, and the girls are more at home in environments with glass towers, paved roads and fancy cars.

The trip to Pangasinan was a sort of pilgrimage. Bradshaw’s Filipino wife, Heidi, wanted to visit her grandmother’s hometown and have the brood see something different from the beaches that the Philippines is famous for.

“My kids live a privileged expat lifestyle in gleaming towers in cities. To get to the countryside and see something very different is really important,” said Bradshaw. “It keeps us appreciating what we have and be humble about our blessings.”

Bradshaw was born in Portsmouth, a naval town in England. After studying theology and philosophy at Oxford University, his life predictably took a peripatetic turn just like his seafaring ancestors.

A career with the Swire Group that owns Cathay Pacific led him to meet Heidi.

“I’m lucky enough to be married to a lovely girl from the Philippines,” he said. “She and I have been married for 14 years, but our first visit together to the country was 20 years ago in Boracay as a young couple. We’ve been coming back on a regular basis.”

Bradshaw said he has never been to Baguio City—for him the ultimate tourist destination just an hour away from Heidi’s hometown. He insisted that going up the chilly mountains up north remains in his travel agenda.

“We want to go to the Banaue Rice Terraces, make another visit to Pangasinan, and go to Baguio when it dries a bit after the typhoon season,” he said.

Cathay Pacific’s hashtag #LifeWellTraveled is not lost on Bradshaw. He has lived it, and continues to do so.

“You go through these experiences that you enjoy, that challenge of thinking, that expand and give you greater insights into your life and the life of others. Whether a business trip, a foodie trip to Taipei, a visit to an auntie in the US or a culture trip to Tel Aviv,” he noted.

Bradshaw’s unsolicited advice to fellow travelers is to explore the countries that are rapidly changing, because “it is worth seeing the change as it happens, and after.”

He recalled going on a holiday with Heidi to Myanmar. “Myanmar is a place that is changing very quickly,” he observed. “Fifty-five years ago, it was one of the central countries between India and China, a geographically important country in the flow of people and ideas, civilizations, and the Southeast Asian countries all around it.”

He added: “But for (the past) 50 years we forgot about it because it closed down. Basically shut off, but now it’s opening again.”

But Bradshaw noted that Myanmar has fortunately kept its pre-colonial charm, specifically in the capital Yangon: “Unlike other Asian cities, it has not been destroyed and redeveloped. I’m sure (the government) will try to preserve it.”

He said that travelers must see two specific places in Myanmar: the very densely templed Bagan Plateau, where one can ride a bike and explore each beautiful structure at leisure; and Lake Inle, “where people do their farming on the lake and live on the lake. People plant their vegetables not on soil but actually on the lake!”

The Cathay Pacific officer also singled out Bhutan, which started the radical concept of Gross National Happiness to allow its citizens to live a quality of life unencumbered by rat races, deadlines and stress.

“One time, my wife and I went to Bhutan. It’s expensive to visit, they limit the number of visitors coming in every year. It’s definitely interesting and has a genuinely different atmosphere that is wonderful,” he said.

Bradshaw remembered the Tiger’s Sanctuary “right on the side of the mountain” and his sighting of a rare black heron that made his trip more memorable.

He lamented that global security issues have made many travelers hesitant to circumnavigate. He believed that isolated cases of terrorism, for example, should not be a reason for travelers to refrain from doing what they love.

“We should keep these things in perspective,” he stressed. “If we allow terrorism to stop us from what we would otherwise do, then they win.”

Bradshaw cited the Bali bombing in 2002 and the series of attacks in Paris in recent months as “serious (incidents) but very, very small” in number when viewed from a global perspective.

Trouble is, he said, panic ensues when some sectors magnify these events.

“If they scare us away from traveling to Bali after the bombings, for example, then (the terrorists) win. Bali suffers, the whole community suffers and travelers don’t get to go wherever they want,” he said.

Bradshaw hailed the folks from nearby Australia who were among the first to show grit by traveling to Bali following the fatal attack that killed 202 persons and injured even more.

“Wonderful Australians were pretty tough when it comes to resilience, and they said, ‘We’re not going to stay away from Bali. It needs us more than ever and we’re going to go there.’” Bradshaw pointed out.

“The Balinese were so grateful. Bali recovered very quickly as a result and is now bigger and better than ever. So the terrorists did not win in that case,” he added.

The airline executive then discussed Paris, noting how travelers would also be on the losing end should they refuse to visit out of fear after a recent spate of terrorist attacks in the French capital.

“Paris is a fantastic city with so much to offer, especially about the values of freedom, liberty and democracy, and the wonderful cultural experience,” he said. “In terms of overall numbers of travelers, the number of people affected by terrorism is still very, very small,” he added.

While budget travel is now enjoying a widening fan base, Bradshaw pointed out that Cathay Pacific would rather stick to a #LifeWellTraveled because traveling in comfort is still the best way to experience its joys.

“The campaign #LifeWellTraveled shouldn’t just be like getting on a bus,” he clarified. “You can have that experience, but that’s not what we do. We want you to have an experience while doing that. Travel can be a luxury that should be enjoyed. It should be relished. It shouldn’t be a struggle through the airport.”