Princess Diana through the eyes of her sons | Inquirer Lifestyle ❮ ❯ 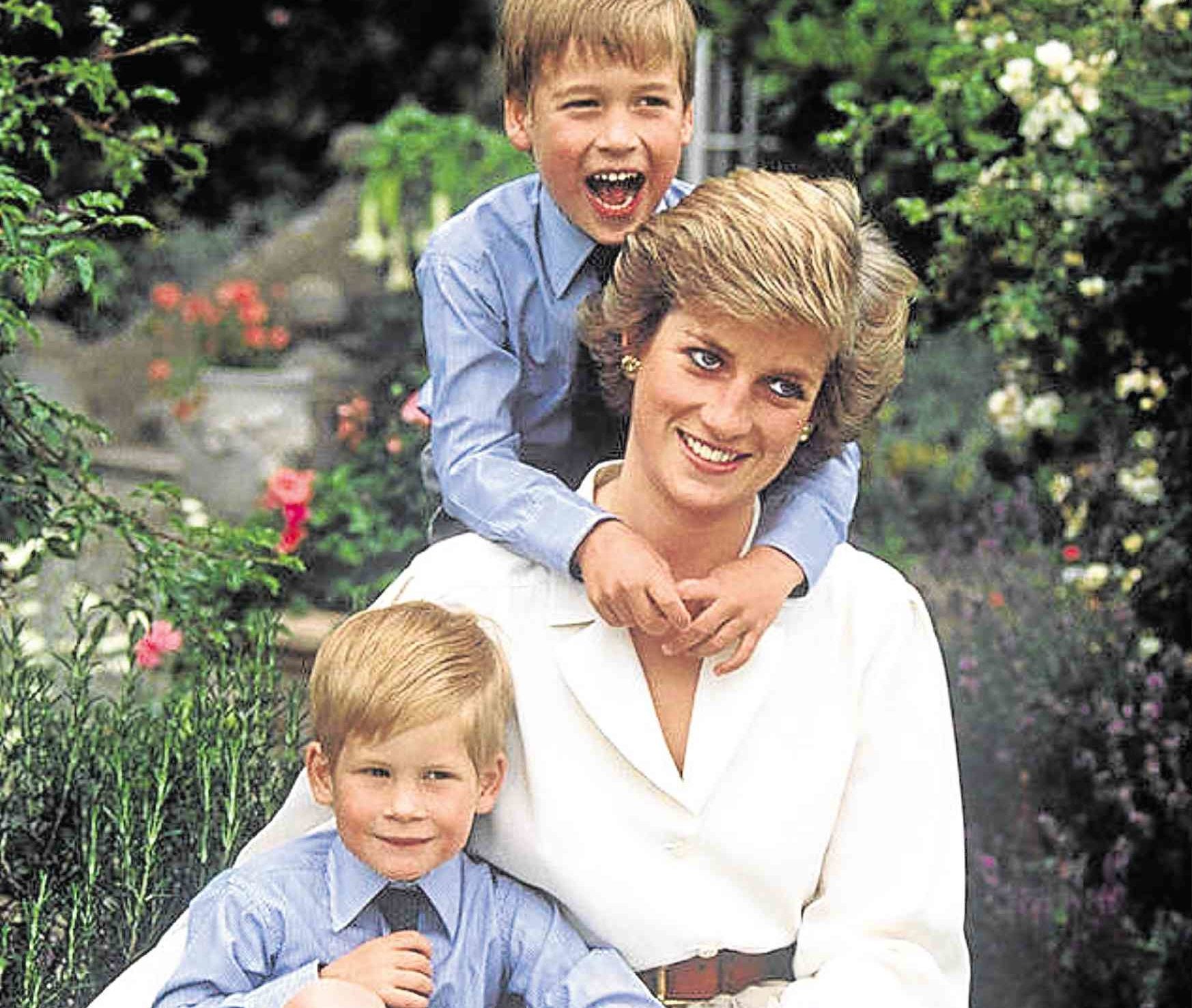 Princess Diana with her sons

Princess Diana through the eyes of her sons

Princess Diana was a naughty parent.

She would smuggle numerous packets of Starburst by hiding them inside her sons’ socks whenever they had a football game. “You can be as naughty as you want, just don’t get caught,” she once told Prince Harry.

She was a mother whose humor included embarrassing a teenage Prince William by inviting models—whose posters were tacked on his bedroom wall—into their home. Her sons even think that the way she dressed them in matching bizarre outfits was one of her subtle ways of having fun.

The princes of Wales have many fond recollections of their mother who had always made them feel like “normal kids.”

The boys distinctly remember moments when they went out for burgers and sweets, snuck inside cinemas and even drove around with the car roof down.

“Her childish, fun element was always out when she was spending time with us. She was a total kid through and through,” shared Prince William, Duke of Cambridge.

But it’s only now that the public is hearing these heartwarming stories from the princes themselves. It’s only now, 20 years after Princess Diana’s untimely death, that her sons finally mustered the courage to sit down together, reminisce and talk about their beloved mother.

The People’s Princess is widely known for being a loving and unconventional parent to royalty, as well as a compassionate and fierce activist for various causes like fighting HIV and AIDS, battling homelessness and outlawing landmines.

While these traits are reinforced in the hourlong HBO documentary “Diana, Our Mother: Her Life and Legacy,” the film puts its focus on the two men the princess had raised—rather than Diana herself.

The grief is obviously still there, as the bereaved’s longing never fades; but Prince William and Prince Harry finally facing the camera shows their courageous confrontation of grief, sharing how their mother and her legacy continues to live with them—and in them.

“This is the first time that the two of us have ever spoken about her as a mother,” Harry noted.

Memories remain fresh in the princes’ minds—the tight squeeze of her hug, the warmth of her laugh, the inexplicable motherly love they felt even when she was miles away and that last hurried phone call before the Paris car crash that took Diana away.

The emotionally touching film ultimately shows how Diana’s sons have inherited her causes and natural gift of empathy. They have both grown to find new homes in places where their mother once provided warmth and hope.

Their guarded confessions reveal much of Diana’s influence in their lives and how much the princes struggle with loss with the continuous presence of so much of her legacies.

“Diana, Our Mother: Her Life and Legacy” is available on the HBO Now app.