Through the lens of a German bouncer | Inquirer Lifestyle 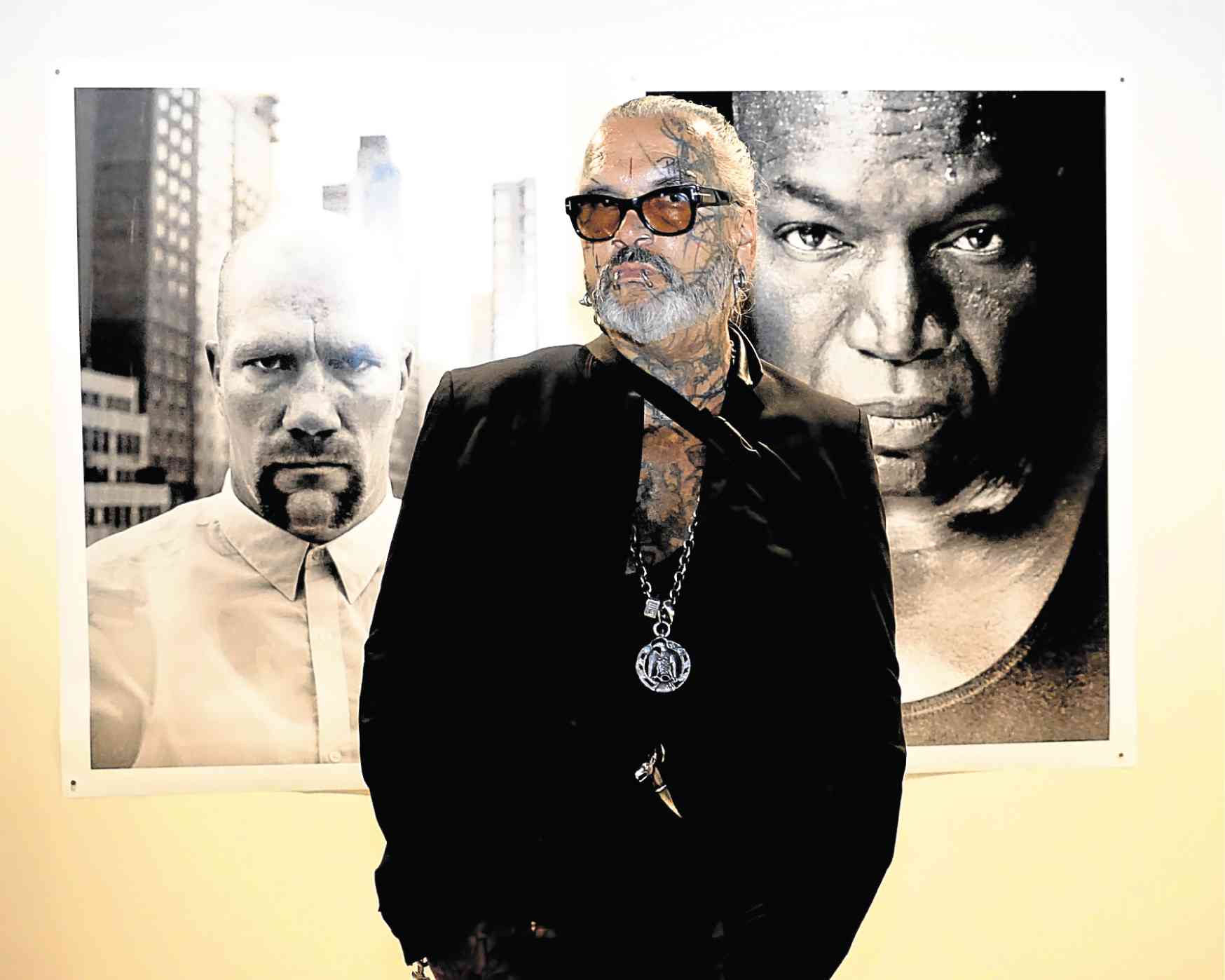 Sven Marquardt says the roots of his greatest work started in the club scene. —PHOTOS BY JILL TAN RADOVAN

Through the lens of a German bouncer

Berghain is Berlin’s—and possibly the world’s—most exclusive club. You can start lining up to get in at the break of dawn on a weekend but there is no guarantee that you will get through the door. A man covered in tattoos had the power to decide who gets to party and who doesn’t.

This man covered in tattoos is Sven Marquardt. He was no ordinary doorman or bouncer. His involvement in the punk and techno club scene is deeply rooted, dating back to the 1980s, an era that would ignite his greatest passion—photography.

Marquardt released a memoir, “Die Nacht ist Leben: Autobiographie,” in 2014 and collaborated with signature apparel brand Hugo Boss for a T-shirt collection. The culmination of his prolific career as a photographer and an exploration of the many characters he has met in the Berlin club scene are presented in his latest endeavor. Marquardt has been circling the globe for “Future’s Past,” his photography exhibit, with Manila as one of his destinations.

As colorful as the club scene is, Marquardt’s images are the exact opposite. The exhibit showcases a collection of black-and-white portraits shot over the course of 30 years. The subjects seem to lead colorful lives, but the images themselves are in stark monochrome.

Here are excerpts from Super’s interview with Marquardt.

How was the club scene in Berlin when you were starting out?

After the fall of the Berlin Wall in 1989, suddenly Berlin was not a separated city anymore. Suddenly everything was possible, and somehow, it was a form of anarchy. It was like a slow destruction of a form of society that suddenly didn’t exist anymore in the creation of a new culture, also the club culture.

How did you transition from being an amateur photographer to bouncer, to one of Germany’s most renowned photographers?

I have always been a photographer, but I had to sell myself in the club scene. At the beginning my photos weren’t necessarily connected with me. In the ’90s, I worked in the clubs as a bouncer. I had to earn it. The roots of my greatest work also started there.

How has being immersed in the club scene influenced your craft?

I worked as a bouncer at night and took photos at daytime. At night I learned more about my colleagues, it was very inspirational. Club culture is where I’ve been in the last 20 years. Everything that inspires me at night is in my head.

Please tell us about the very interesting subjects in your portraits.

The subject is always someone from your sense of feeling. So basically, an important person to you, colleagues, friends, people from the subculture of East Berlin. From the last 10 years, the subjects are colleagues from Berghain, a bartender or friends.

Tell us about your photographic process.

In the last 10 years my work has been more and more conceptual. I can be inspired by a film, by a song—something. And based on that inspiration I would choose my subjects much like a casting.

It’s always a scene, a conceptual setup. My photos aren’t meant to be documentary. There’s styling, there’s the setup and the preparations, and then there’s the moment between me and my subject. It’s always a studio situation.

In the last years I’ve always been photographing people in the doorway.

How do you go about creating a new image?

In the club/bouncer scene, the headliners are all about my colleagues. But in certain projects I also work on other artists. Last year I had a project with a Berlin designer and film director and an actor. This one was one very challenging project. The life of Volker Spengler. We worked on it in three chapters: life, death, rebirth. And therefore made an enormous casting, production for the three pictures. We had to find people but in the middle of it the focus was always Volker Spengler, the actor. The cast was made up of friends, bouncer colleagues, actors. But that isn’t yet published, perhaps next year. I’d like to come back to Manila for that.

How do you choose your subjects?

Why do your subjects never smile? Is this a deliberate element on your part?

I like to laugh, and I think laughing is very important. But personally, I find photographs of laughing people very ordinary.

Why do you choose to work exclusively in black and white? Why the absence of color? And why only natural lighting?

It’s my passion. It’s more dramatic. It’s simple. I only work in daylight because it’s true, it’s not fake. But I also think that color photography is a challenge. I’ve seen color photo exhibitions, which I think are interesting. But I’m not sure, maybe I dream in black and white.

Why use analog photography in the digital age?

It’s more mysterious. I take a photo, I don’t see it immediately. I find that exciting and more rewarding. I hope it still continues as a form of art—in this [film] format.

What to you makes a good photograph?

There’s a resurgence of analog photography in the younger generation in the Philippines but resources here are very limited. How is the film photography scene in Germany?

“Future Past” is presented in cooperation with the Goethe Institut. It will be on display in Yuchengco Museum, RCBC Plaza, until Aug. 11.