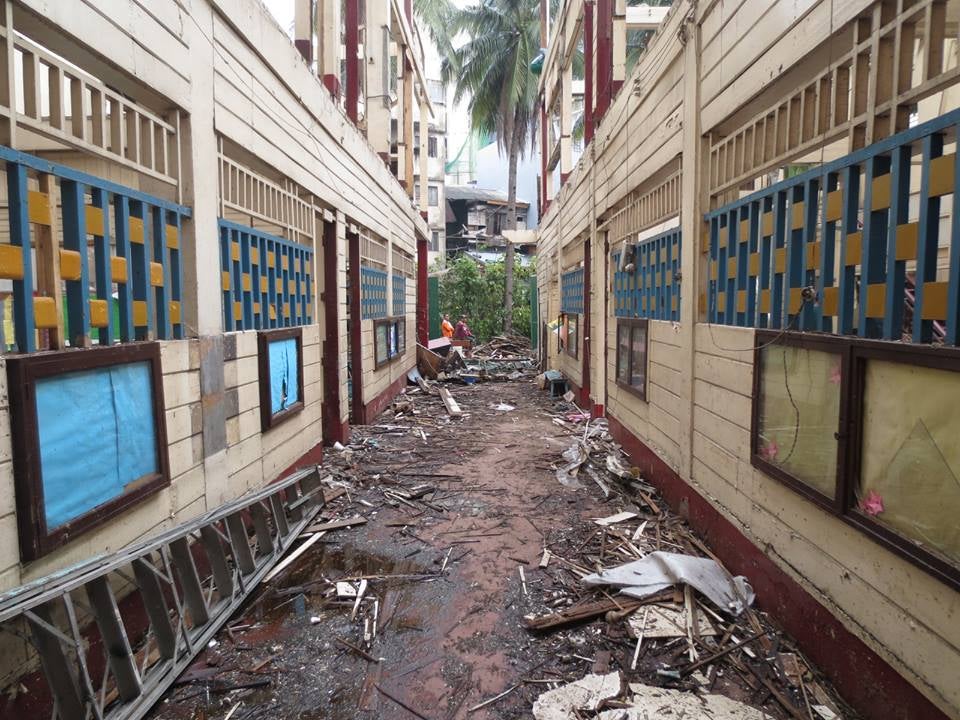 With its fast-changing landscape now dominated by skyscrapers and residential buildings, the district of Binondo in Manila has again lost an important heritage structure with the demolition of the Art Deco Philippine Su Kuang Institute building on Masangkay St.

Ivan Man Dy, founder of the advocacy group Art Deco Philippines, said the building was the last wooden Art Deco school not only in Binondo but most possibly in Manila.

He explained that the building was a rare example of that type of architecture distinguishable through the lines and geometric designs, the term derived from the 1925 Exposition Internationale des Arts Décoratifs et Industriels Modernes in Paris, France.

“We weep for the loss of a community institution as well as this rare specimen of 1940s wooden Art Deco in Manila,” he said.

Established in 1933, the educational institution was first called Chinese Republican School. After its closure this year, it was sold to a developer.

The building, which was not marked or declared a cultural property by any government cultural agency, is a presumed important cultural property since it was at least 50 years old, based on Article III Section 5 of Republic Act 10066, or the National Cultural Heritage Act of 2009.

Under the same law, “the property owner may petition the appropriate cultural agency to remove the presumption of important cultural property which shall not be unreasonably withheld.” But this was not done either by the previous or the new owner.

Moreover, it was still protected under the same law against modification or demolition, just like the demolished Philippine National Bank building on Escolta; the threatened El Hogar on Muelle de la Industria and Hospicio de San José on Quintin Paredes Street in Binondo, and the demolished Spanish-era mortuary chapel of the Chinese Cemetery in Santa Cruz district.

Critics have blamed the demolitions to the failure of the National Commission for Culture and the Arts, National Museum and National Historical Commission of the Philippines (NHCP) to come up with an official inventory of heritage structures.

In the case of NHCP, it cleared the construction of the multistory Torre de Manila even if it destroyed the skyline of the Rizal Monument and Rizal Park, and even if it violated its own bylaws and destroyed the view of NHCP-declared historical landmarks around the controversial skyscraper.

“There is a law that protects structures that are at least 50 years old, but an inventory to back up that law, it seems, is lacking,” said architect Carlo Sayco.

“Ignorance of the law is not an excuse, however educating people is a good first step,” he added. —CONTRIBUTED