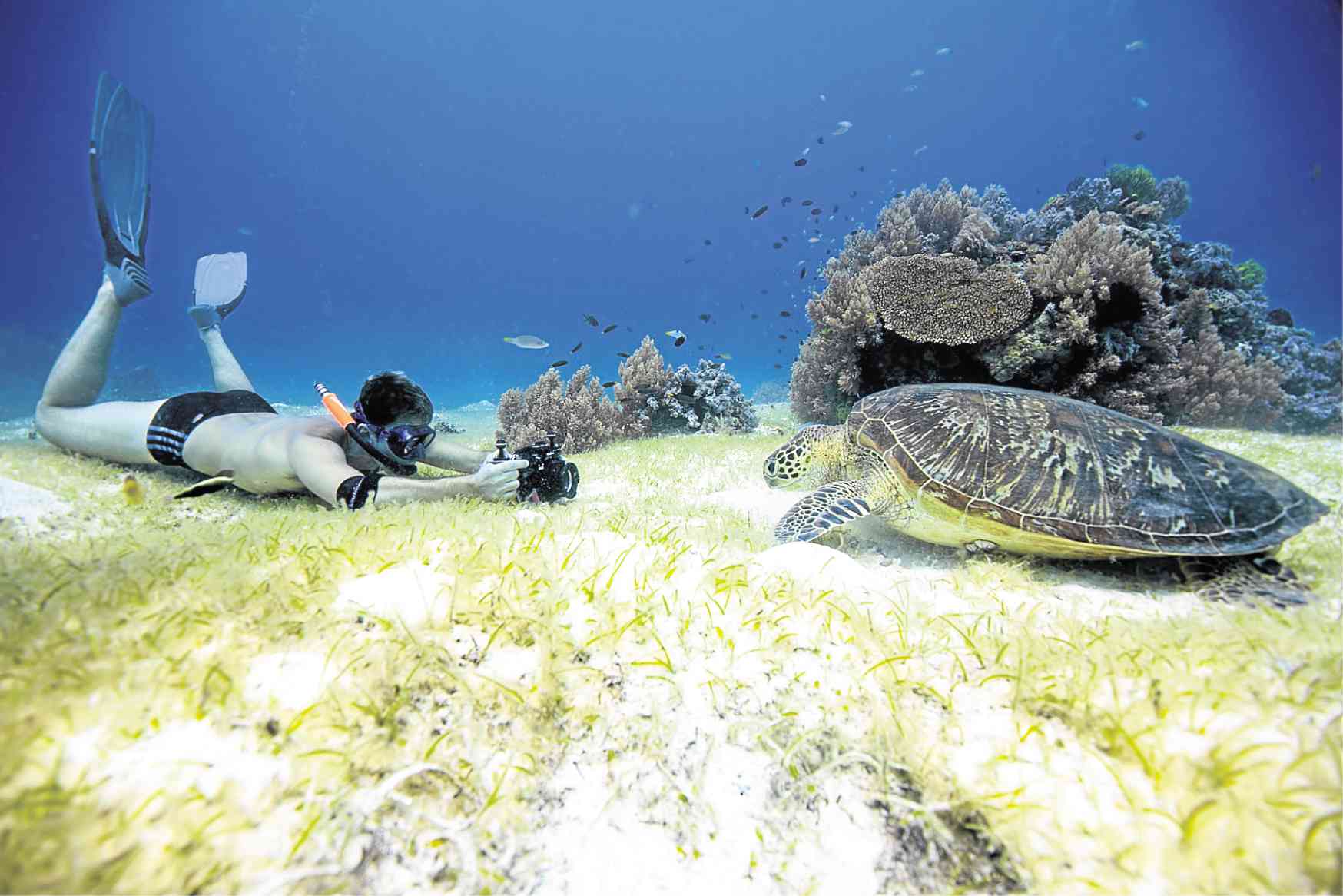 The rock star of freedivers is here.

Multiple world record-holder and two-time freediving world champion from France, Guillaume Néry, casually clad in jeans, T-shirt and flip-flops, just declared that the Philippines may become a central place for the development of freediving not only in Asia but all over the world.

“And what makes a place incredible for freediving is also the people. Unique people to support this activity—and you have more and more freediving centers opening all over the Philippines,” the French celebrity freediver said.

The Department of Tourism (DOT), in its bid to make the Philippines the freediving capital of Asia, also named Néry as the country’s freediving ambassador. DOT aims to draw in the 10 percent of European freedivers into the country.

DOT Undersecretary for Tourism Development Benito Bengzon Jr., a certified open-water diver himself, said: “Our National Tourism Development Plan identifies diving as one of our primary tourism products. We feel that we have to come up with specific segments like advance and beginner diving, underwater macro photography, and now freediving, which we can establish to be competitive in the global market.”

Néry, together with DOT, will also explore the possibility of staging a freediving world championship in the coming years.

Néry, who teaches and conducts training at the Centre International de Plongee en
Apnee, the main freediving club in France, just finished a series of freediving workshops in Cebu. He explored the Barracuda and Cayangan Lake of Coron, alongside its famous shipwreck dive sites, as well as Cathedral Cave.

He also conducted marine conservation activities with Sulubaaï Environment Foundation in El Nido. His final leg will be in Davao for a freediving interaction with the Badjaos, the sea gypsies of the Philippines.

Freediving, breath-hold diving, or skin diving is a form of underwater diving that relies on the ability to hold their breath until resurfacing, rather than on the use of a breathing apparatus such as scuba gear.

Néry himself can hold his breath for almost eight minutes and has gone as deep as 139 m with just one breath.

Despite being a high-risk sport, freediving, described by Néry as “the journey of two breaths”—the first before going down, and second upon surfacing—is becoming increasingly popular in the country. In Cebu alone, Néry was welcomed by close to a hundred fans.

“Freediving is not just a sport for superhumans. Anyone can freedive,” he said. “The Philippines is in the middle of Southeast Asia, with warm water close to the shore. It is full of treasures, full of incredible marine life. That’s what makes it attractive to freedivers.”

Geographically, the Philippines is surrounded by rich biodiversity in the center of the Coral Triangle. It is comprised of nearly a million square miles of sea, and contains more than 2,500 species of fish and more than 500 species of coral.

This extraordinary array of marine life and calm waters makes the country an ideal place to learn freediving.

For Néry, who first came to the country in 2014, it was love at first sight. “I was amazed,” he gushed. “A place of so many different islands, so many places to freedive… I would love to see the Philippines become more popular as a freediving destination, and for freediving to become more known to the Filipinos.”

During his recent stay at Shangri-La’s Mactan Resort & Spa in Cebu, Néry’s wife, filmmaker and freediver Julie Gautier, conducted a freediving yoga class open to the public, where participants held their breath for an entire sequence of movements. There was also a film viewing of the most notable works of Néry and his team, many of which were directed by Gautier.

“Freediving is not just a sport, but a way to have a good lifestyle,” Néry said. “The discipline can help you cope with everyday stress, by relaxing through breathing.”

Néry started freediving in 1997 when he was 14 years old. In the beginning, he said, it was just a game among friends, until he discovered he could hold his breath much longer than a regular teenager.

“Freediving is about being able to calm the mind and body with breathing,” he said. “Holding your breath is one of the best therapies because when you don’t breathe, you stop thinking. It’s like meditation—you forget about time, like you have another life for a few minutes, and when you breathe again you feel fresh and happy.”