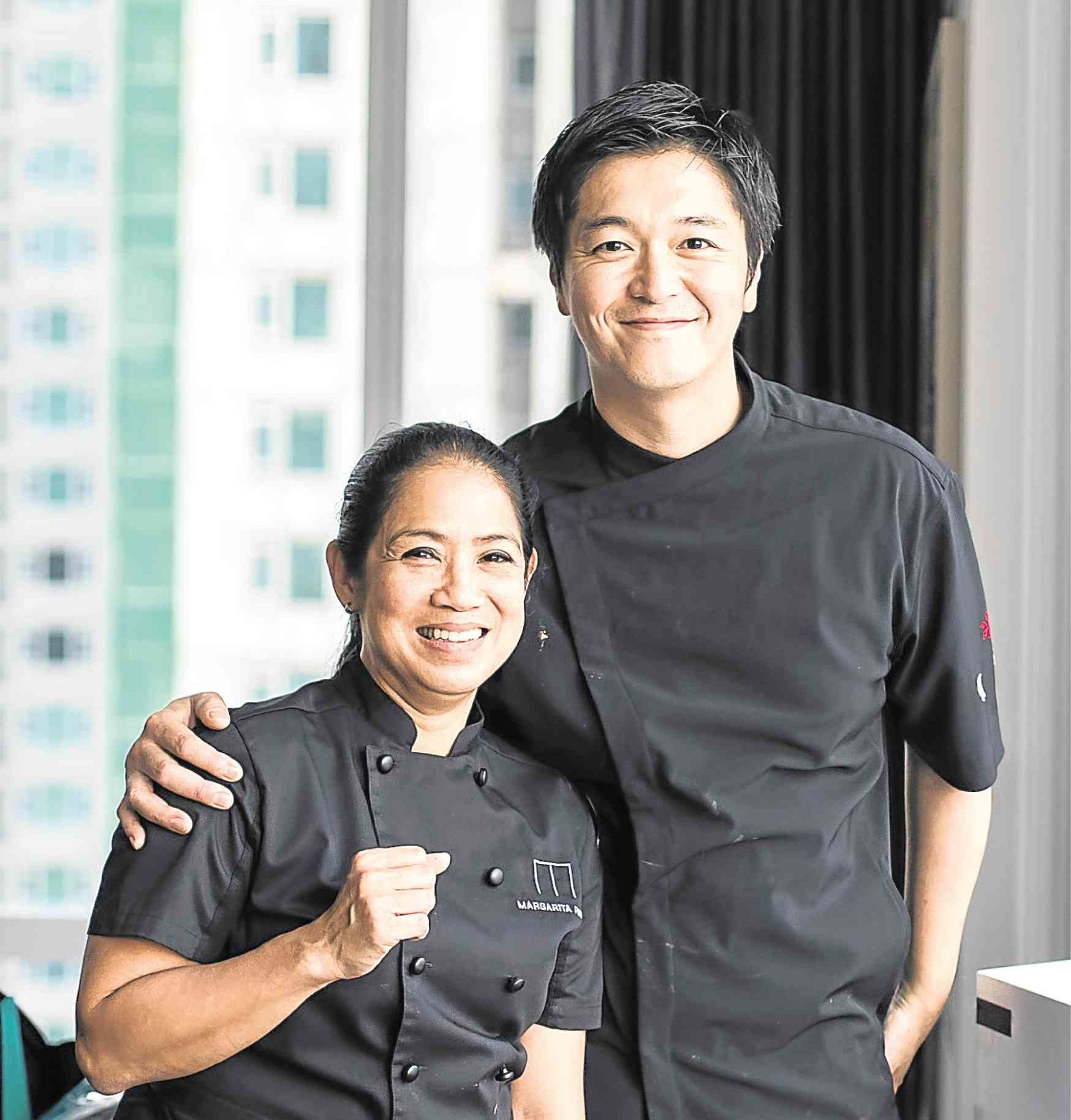 2 of Asia’s Best awardees collaborate on dinner to remember

And there is the grand, ambitious and memorable team-up between Margarita Forés and Hiroyasu Kawate.

Both chefs are noted for their respective citations in Asia’s 50 Best Restaurants 2016—Fores as the region’s Best Female Chef, and Kawate for his restaurant Florilège as the One to Watch, an honor given a promising up-and-coming dining place.

Such accolades come with high expectations. For the special one-night-only dinner at Mirèio in Raffles Makati, the chefs delivered—individually, and as a tandem.

Kawate impressed from the get-go with a subtly sweet, young corn dish that had guests craving another serving. His team grated the local corn and cooked it with polenta, milk and honey, stuffed it back into the husk, and had it kiss the grill to achieve a crusty texture.

His other dish, thinly sliced Kitayama wagyu sirloin that was blanched, plated with parched rice and bathed with dashi, was just as rousing, especially since it used tamarind flowers and alukon, items he discovered and liked during his tour of Farmer’s Market the day before the event.

Her steamed river prawn topped with torched lardo stemmed from the same trail of thought as the crab dish. The head cream sauce, sautéed garden pea seeds, edamame and calamansi salt elevated the natural sweetness of the prawn.

The two acclaimed chefs worked together on two of the eight courses served that night. The results were seamless, the components working in unison. Forés paired Kawate’s tender chicken with annatto adlai, fried chicken heel and a lovely duhat sauce.

In between courses, Mirèio’s young French chef Nicolas Cegretin contributed his own dishes—foie gras with pineapple and young coconut, and a comté cheese creation with Fuji apple and hazelnut.

Proceeds of the “F2: Florilège x Forés” dinner was used to procure a baroto, a local boat, to be donated to fishermen in Capiz. The event was organized by F&B Report magazine of Hinge Inquirer Philippines.

Come Oct. 12, it’s Forés’ turn to cook in the Florilège kitchen when she and her team fly to Tokyo, to do another round of degustation, this time for the Japanese market.

“I cannot wait to serve Margarita’s dishes to my customers,” said Kawate. “And I’m excited to see the special changes she makes on our cuisine.” —CONTRIBUTED