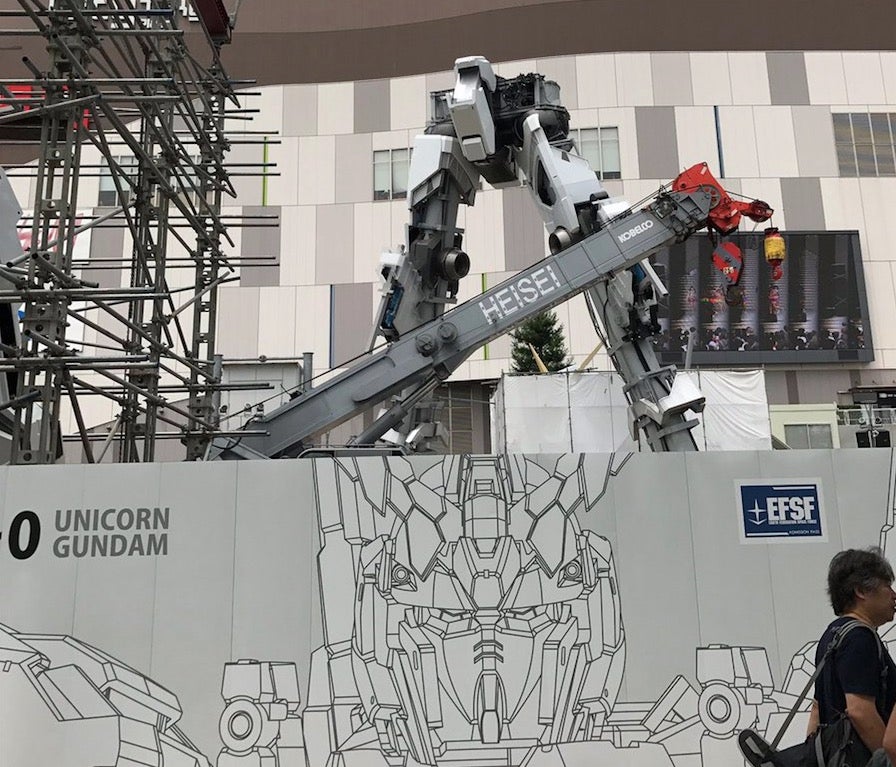 The promised new Gundam statue in Tokyo is now being put together, and onlookers can’t help but be amazed at the construction work.

Earlier in March, the “RX-78-2 Gundam” statue from the classic robot anime series “Mobile Suit Gundam”, which stood in front of the Diver City entertainment center in Odaiba, Tokyo, was ceremoniously taken down after it had stood tall for several years.

Now, its replacement, the “RX-0 Unicorn Gundam” from the 2010 anime “Mobile Suit Gundam Unicorn” is being assembled piece by piece from the feet up.

As construction proceeds, glimpses of the statue’s unattached pieces can be seen over temporary barriers. The statue’s head alone is noteworthy. Passersby witnessed the antenna on the head piece being tested as it split apart to make the trademark “V” seen on the head of most Gundam robots.

Various photos showing other parts of the statue have also appeared on Twitter and come with the hashtag “#ユニコーンガンダム立像“, which roughly translates as #UnicornGundamStandingStatue.

According to SoraNews24, photos of the knee and ankle armor plating suggest that these pieces could also undergo some form of transformation.

In the anime, the Unicorn Gundam could switch between two modes, “standard” and “destroy.” These two modes have distinct physical appearances, where the latter is bigger than the former. Here’s an image overlaid with a computer generated image of the Unicorn Gundam, to get a glimpse of how the finished statue could look like.

With the estimated height of the Unicorn Gundam statue at 19.7 meters and the presence of moving parts, there is a good chance that the new Gundam statue rising in front of Diver City has more tricks up its sleeve than its predecessor.

The completed statue will be unveiled in a month’s time, as per SoraNews24. Until then, onlookers are free to snap photos of the construction and share them on social media. Alfred Bayle/JB