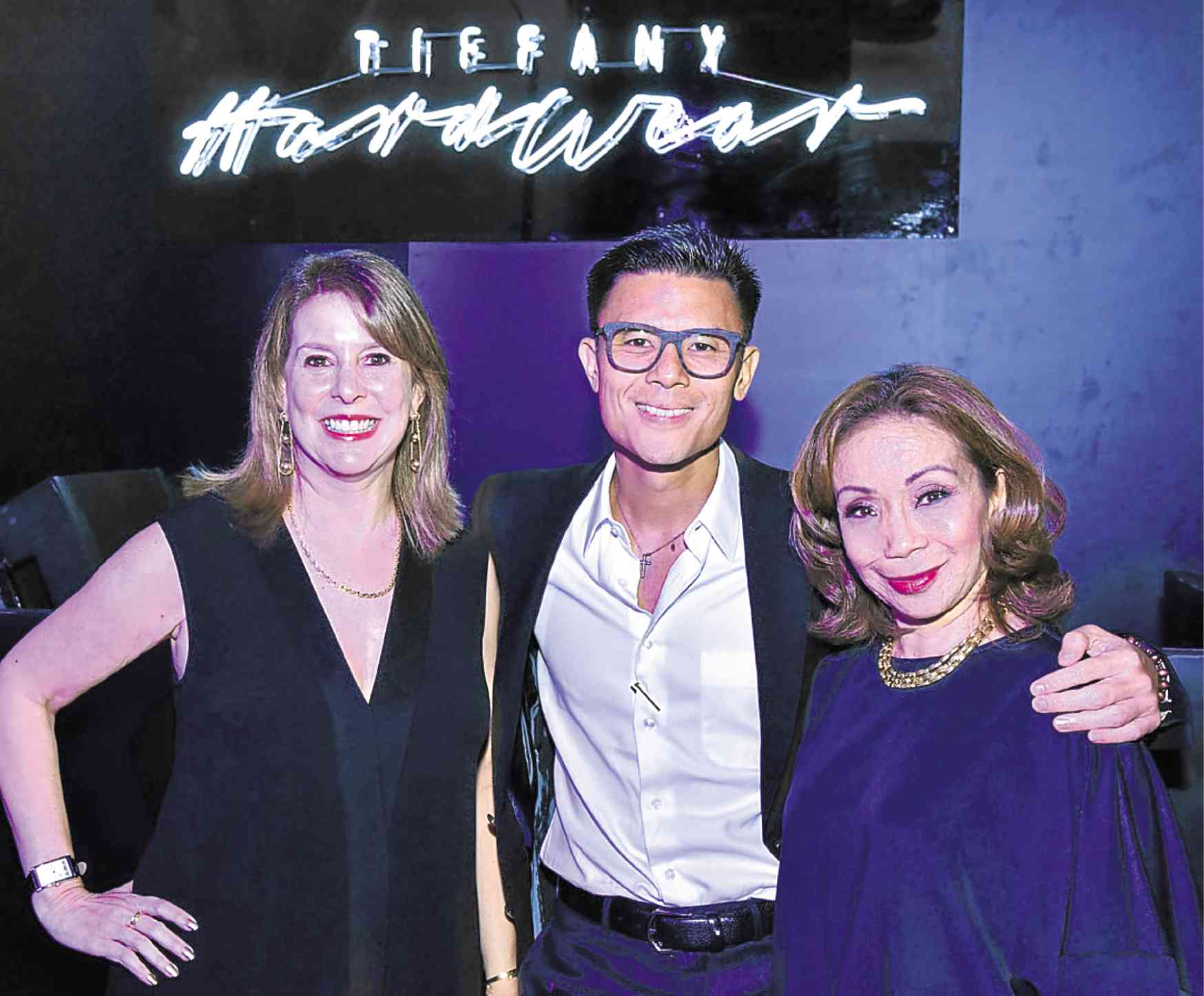 Tiffany & Co. announced the fabulous Tiffany HardWear, an eye-catching new jewelry collection that embodies the power and spirit of New York City and the energy of its streets.

The collection’s name and designs draw inspiration from the urban soul of New York. Think of Audrey Hepburn in the classic film “Breakfast at Tiffany’s,” palangga.

Tiffany HardWear is classic and edgy. Inspired by a unisex bracelet from 1971, the collection has been reimagined to include earrings, rings, necklaces and pendants, and looks great with a leather jacket, as well as with couture.

One of my Ilonggo friends just had to buy one of the men’s bracelets and wore it all night long.

It was an amazing full house at the recent opening of the Korean Food Festival at Marriott Café, dahlings. The oppa-tizing event, which ran till July 31 at the Manila Marriott Hotel, was held in partnership with the Korean Cultural Center in the Philippines.

The hotel jetted in four chefs from Elysian Gangchon, one of the largest resorts in Seoul.

The culinary affair started with a tour of Manila Marriott’s kitchen where the chefs did a cooking demo.

There was also a cultural sword dance called geommu, along with an interactive photo booth where guests could wear hanbok, a traditional Korean dress.

A buffet of popular and rare Korean dishes was served, including kimchi, bibimbap, bulgogi and samgyeopsal, my all-time favorite, Korean barbecue.

But that’s not all, palangga, because there were authentic healthy stuff like namul (seasoned vegetable dish) and another favorite of mine, sundubu jjigae (soft tofu stew), kimchi stew and the yummy mandu (dumplings).

The event was hosted by the Department of Foreign Affairs Office of Middle East and African Affairs (OMEAA), in cooperation with SM and National Commission for Culture and the Arts.

Foreign Affairs Secretary Alan Peter Cayetano dedicated the event to our Muslim brothers and sisters, with a message that all nations must take concentrated efforts in promoting peace, given the current situation in Marawi.

In a show of unity, their counterparts from Venezuela, South Korea and 19 other countries joined the celebration.

Eid al-Fitr, known as the Festival of the Breaking of the Fast, is an important celebration for Muslims worldwide. It marks the end of the monthlong fast during Ramadan and the start of Shawwal, the tenth month of the lunar Islamic calendar.

During Eid al-Fitr, families and friends reunite to celebrate and offer thanksgiving to Allah. Eid al-Fitr has been proclaimed a national holiday in the Philippines since 2002 to foster peace and goodwill between all religions.