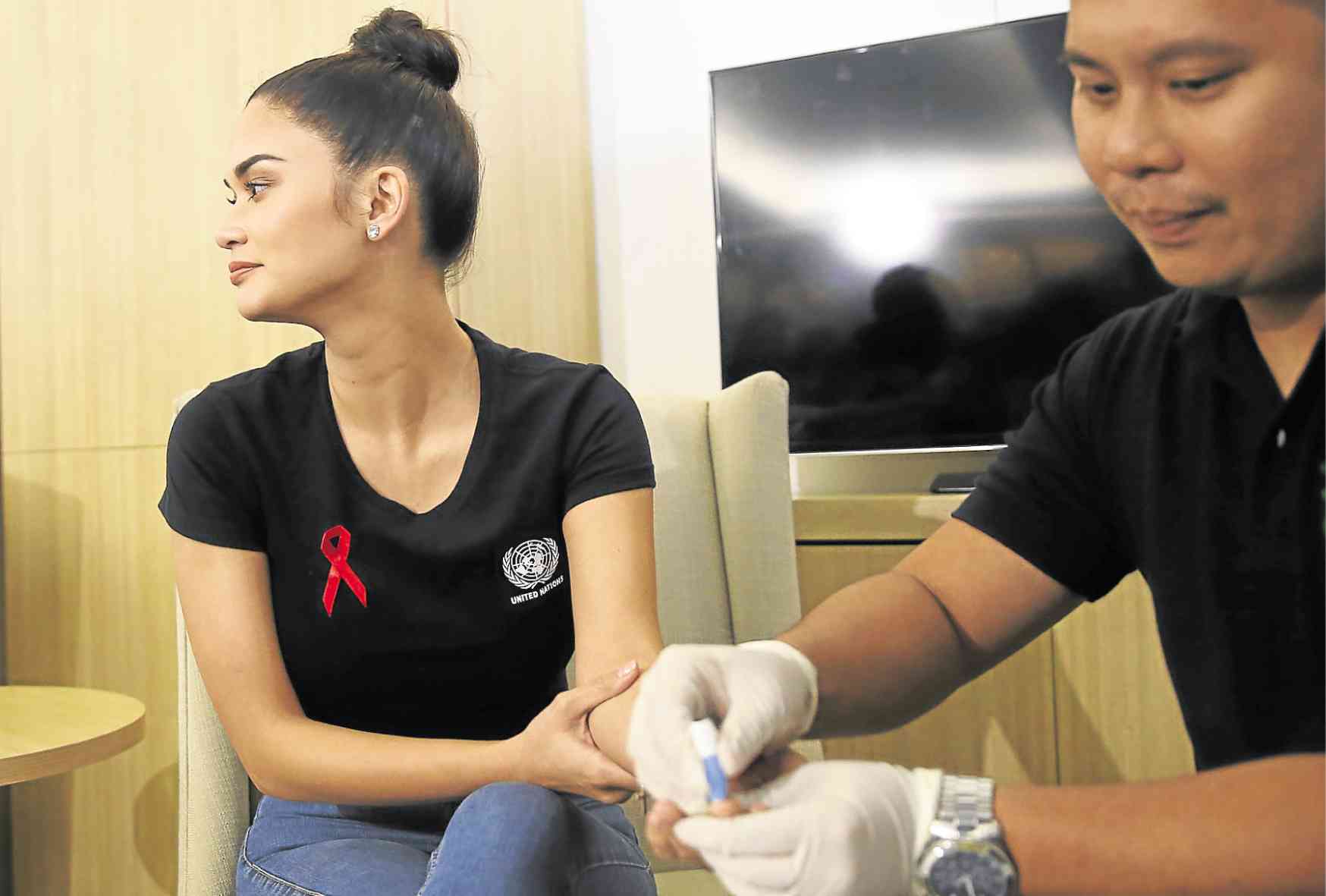 The Philippines’ former Miss Universe conducted a public HIV test in Manila on Wednesday, a week after the United Nations (UN) said her country had the fastest-growing number of infections in Asia.

Pia Alonzo Wurtzbach, UNAIDS goodwill ambassador for Asia and the Pacific, took the test in front of reporters as part of her efforts to raise awareness of HIV and remove the stigma surrounding the virus in the conservative nation.

The United Nations and the government said last week that the Philippines saw a 140-percent increase in new cases from 2010 to 2016, bucking a regional trend that saw infections decline by 13 percent over the same period.

“It is very tricky in the Philippines because we’re a predominantly Catholic country and we are conservative. That’s why it can be quite a challenge to spread awareness on this issue,” Wurtzbach said.

“This is a problem that’s really happening right now and if we don’t do anything about it, we’re gonna be number one in the world.”

The nation of 100 million people, of whom 80 percent are Catholic, is heavily influenced by the church which frowns on contraceptive use. Testing for HIV is also considered taboo.

Wurtzbach has been campaigning for HIV awareness since winning the 2015 beauty pageant. She secured the crown following a major blunder in which host Steve Harvey initially gave it to Miss Colombia in error.

On Wednesday, Wurtzbach launched an HIV information campaign for  young people as she expressed support for proposed laws which would allow 15-year-olds to get an HIV test without parental consent. The minimum age is now 18.

The health department had said most reported HIV cases were among men having sex with men. This group on average started having sex at 16 before they had begun using condoms or taken tests, increasing the risk of infection.

“We hope to see an increase in the rates of regular HIV testing among Filipinos to normalize the procedure as a regular medical exam,” Wurtzbach said. —AFP