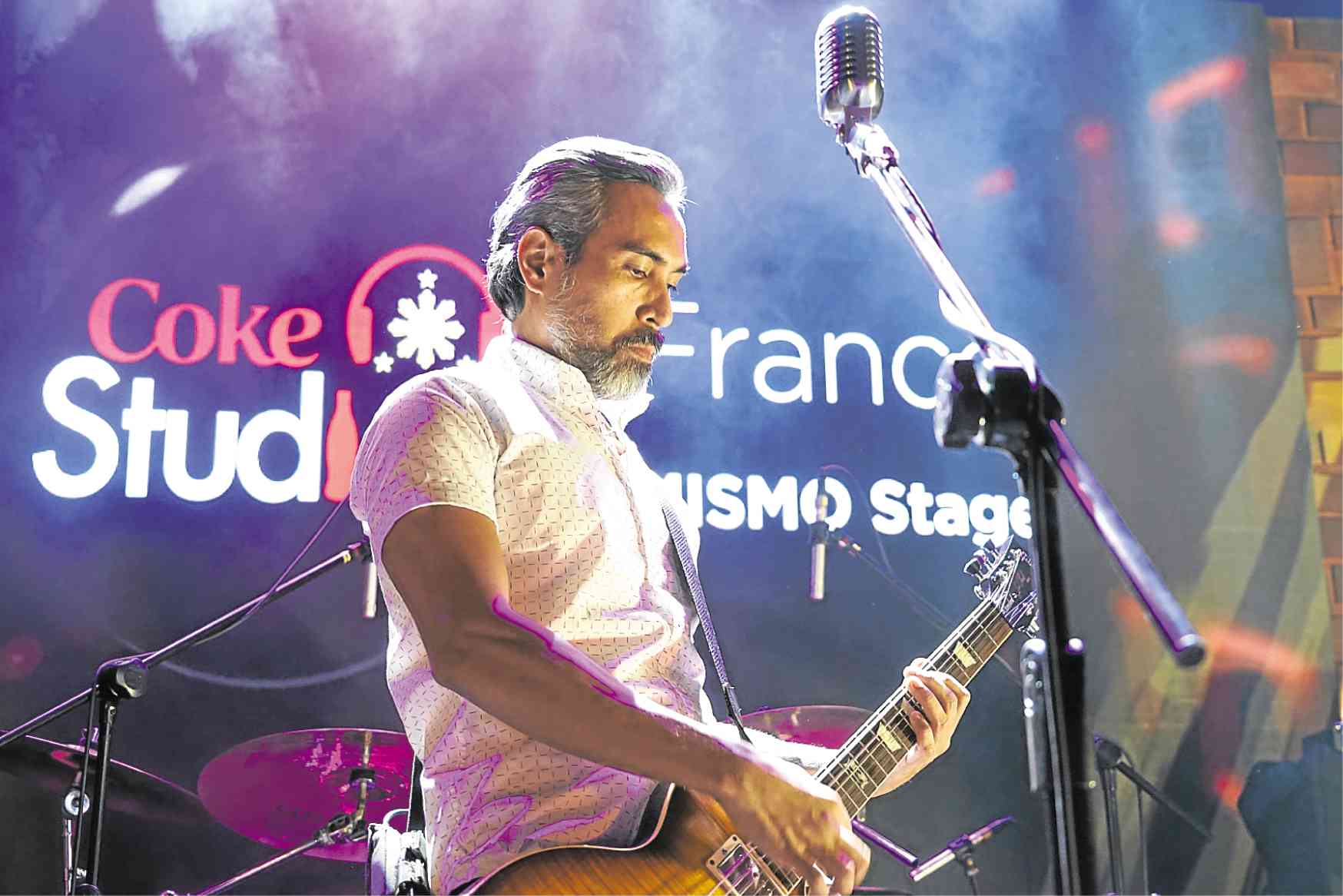 It’s a great time to discover, listen to, and appreciate homegrown music. The local music scene is bustling with activity and rife with emerging talent. The borders dividing indie bands from mainstream acts are blurring every second, which is actually better for budding musicians. It no longer matters if a band is signed with a major label or otherwise; what’s important is that the artist excels in his craft. There are more than enough channels for an artist to share and promote his work, and even the biggest brands have become increasingly supportive of local talent.

Coke Studio takes it one step further. Instead of simply providing artists a platform to perform and showcase their work, up-and-coming artists are given the opportunity to work with more seasoned acts to first, cover each other’s songs and secondly, to collaborate on an entirely new song altogether. What do you get? Fourteen singles re-imagined and seven new songs written by OPM’s most promising stars and most respected icons.

The pairings aren’t exactly what you’d expect. Did you even expect rapper Curtismith to break it down with a cover of Noel Cabangon’s “Kanlungan?” Or for Cabangon to get out of his comfort zone, talk about swag ang chillin’ and say “Fly high with a guy like me” with a laid-back groove in a soulful rendition of Curtismith’s “Jus’ Chillin’?” The versatility of this unlikely pair was tested in Coke Studio’s pilot episode. The Eraserheads’ Raymund Marasigan and Buddy Zabala serve as the show’s hosts and the artists’ producers, with Shinji Tanaka as the music engineer.

Curtissmith and Cabangon are only two of the artists selected for the music-oriented show. There’s a dozen more, a handful of which performed in front of a live audience during the official launch that coincided with the pilot showing of the first episode.

There were three stages set up for the performances, so the crowd had to move from one to the other to catch the artists perform. First to get the audience on their feet was Marasigan’s other band, Sandwich, with hits like “Sugod” and “Betamax.” This was followed by a few words from Coca-Cola Philippines’ vice president for marketing Stephan Czypionka.

“Coke has always been about encouraging personal expression among the younger generation of teens, and what better way to unite them but through a universal language, which is music,” he said.

Next to perform on stage were Curtismith and Noel Cabangon, followed by a showing of their Coke Studio episode. The Coke Studio truck was revealed and this is where Gabby Alipe and John Dinopol of Urbandub performed, followed by the unveiling of the other artists that have been selected to be part of Coke Studio.

Gracenote delivered yet another crowd-pleasing set that included a punked out cover of an a ’90s hit, Stevie B’s “When I Dream About You.” Autotelic got the crowd into a dancing mood, never missing a beat with songs from their debut album, including “Gising” and “Laro.”

The audience moved to the Sakto Stage to witness singer-songwriter Reese Lansangan’s calming performance. The quiet didn’t last for long, however; it was gone at the same time Abra went on stage and conquered it.

People then rushed back to the Coke Studio truck to catch Ebe Dancel play his guitar and sing Sugarfree favorites such as “Prom” and “Burnout,” as well as the theme from “Ang Probinsyano,” which was written by Dancel but recorded by Gary Valenciano for the soundtrack.

Moonstar88 serenaded the crowd with endearing Filipino pop ditties from its discography such as “Migraine,” “Torete” and “Itulog Mo Na ’Yan.” Last—but definitely not the least—to perform was Franco, capping the evening with a set that in itself explains why the band’s frontman, Franco Reyes, remains as one of the most respected singer-songwriters and guitar players in the country.

The Coke Studio official launch was hosted by Saab Magalona and Justin Quirino and directed by Paolo Valenciano. Other artists who will appear in succeeding episodes of Coke Studio but did not perform during the event are Jensen and the Flips, BP Valenzuela and The Ransom Collective.

Coke Studio airs at TV5 on Saturdays, 7 p.m., and can also be viewed online via Coke Studio Philippines’ YouTube channel.