Tisha and Andy: When a marriage unravels in public | Inquirer Lifestyle ❮ ❯ 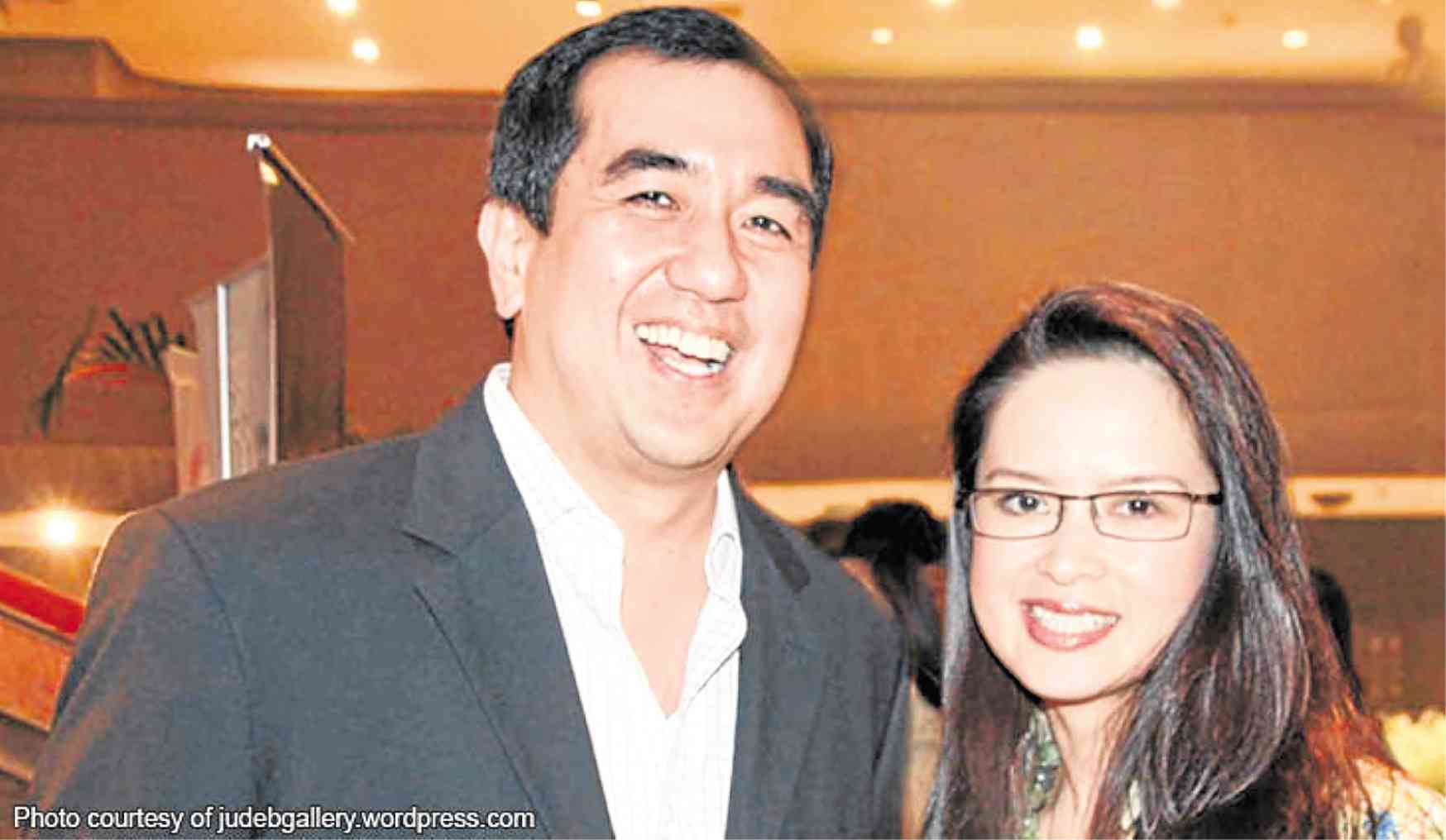 Tisha and Andy: When a marriage unravels in public

In the last four years, the story of the relationship between psychic healer Tisha Cruz-Bautista and businessman Alvin Lim and how her husband, Comelec Chair Andres “Andy” Bautista, tried to save their marriage had been tittle-tattle in café society.

The talk persisted. Tisha maintained that Lim was a business partner and best friend. Andy took her on a cruise and sought counseling to make things work. Although they lived in the same condominium, they slept in separate rooms.

When Tisha hogged the headlines, accusing her husband of ill-gotten wealth, the state of what’s left of their marriage was unraveled in public.

It was a complete surprise. In the early years of their marriage, Andy, then a lawyer, and Tisha made a handsome couple who shared the same ideals of helping the country.

Andy majored in Constitutional Law at Harvard, but he ended up handling project finance for New York law firm White & Case and set up operations in Hong Kong. He returned to Manila to set up British Law firm Allen & Avery. On weekends, he enjoyed teaching constitutional law at Far Eastern University Law School.

Close to his heart was an advocacy, the Parish Pastoral Council for Responsible Voting (PPCRV), a nonprofit organization which serves a volunteer watchdog for honest elections.

He left his post as CEO of Shang Properties Inc. to head the Presidential Commission on Good Government. Andy found satisfaction in serving the country.

Tisha was managing director of Isdanco Foundation, which taught values education, and started a vocational school on cosmetology domestic training. She was a consultant for livelihood programs and started a volunteer group to help victims of calamities. She wrote a parenting manual and a wellness column for a major daily, talking about theta healing, education, community projects.

In a Lifestyle Father’s Day story published in 2011, the story revealed that the Bautistas were a traditional family. Andy was the main breadwinner and Tisha was the nurturer. Andy aimed to set an example of integrity and hard work for his sons.

Since he was always at work, it was natural that their four sons would be closer to their mother. Still, the couple would wake up at the crack of dawn to see their sons off to school and catch up with them over dinner. They attended Sunday Mass together and prayed the rosary every Sunday.

Andy was very close to his mother-in-law, Baby Cruz-Vazquez. He liked to entertain his friends and colleagues at her apartment because of the solicitous hospitality.

Talk had it that Andy did everything to win her back. The couple and their sons would still go out for Sunday dinners.

Over time, tongues wagged that the Bautistas had an “open marriage”—a rumor that was never confirmed.

Sources said the relationship started to drift apart when Tisha’s company may have also changed her. As in most relationships, the once idealized image that the couple had of each other was shattered. It came to a point that they became two polar opposites, whose only common ground was their children.

How the suddenly very public conflict will affect these children is what many are concerned about. —CONTRIBUTED