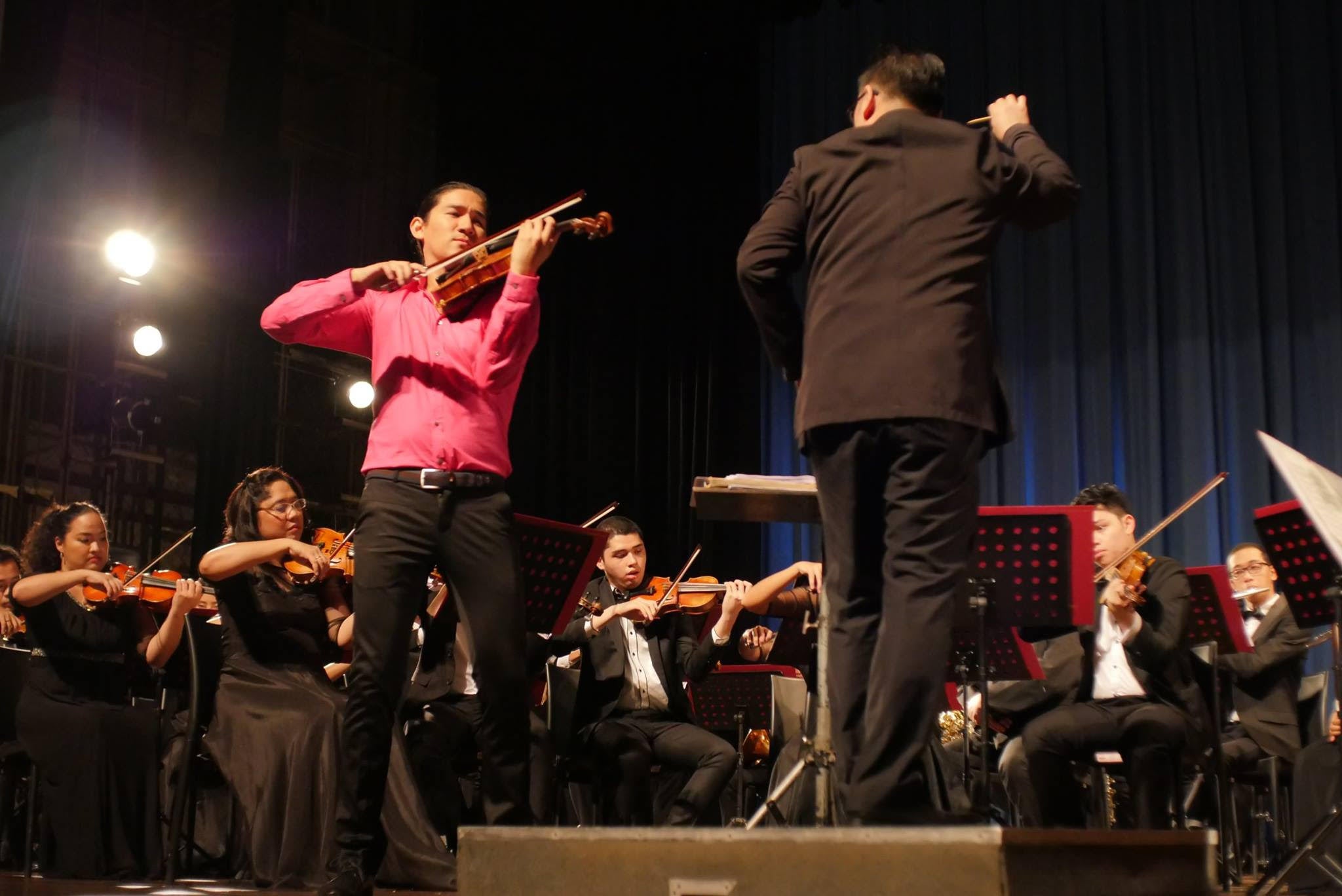 Violinist Iskandar Widjaja with the Manila Symphony under Marlon Chen

The  first day of August found us trying out an informal concert venue for an evening of flute and classical guitar at Conspiracy Café in Quezon City.

The ultimate reward was seeing the two instrumentalists play together Abelardo’s “Cavatina” and three movements from Giuliani’s “Gran Sonata.”

As solo performers, the two had individual appeal and unique kind of musicianship.

Meanwhile, conductor Darrell Ang didn’t make it to the last Manila Symphony Orchestra (MSO) concert season due to travel hitches when he left China for Manila.

Another conductor from Singapore, Marlon Chen, took over and emerged fairly satisfying.

The recent formidable treat from the MSO under Chen saw a heartfelt reading of Dvorak’s “Symphony No. 8” and a highly revealing, if insightful, orchestral piece, “Sayáo sa Ilaoán,” by US-based Filipino composer Nilo Alcala, who used to sing in the tenor section of the Philippine Madrigal Singers. It was highlighted by a short but well-defined violin solo from concertmaster Gina Medina.

As for Lalo’s “Symphonie Espagnol,” soloist Iskandar Widjaja (using an 1875 Jean Baptiste Vuillaume violin) had a good intonation and fairly good technique going for him.

But one had to try very hard to find the musician behind the showman. Widjaja took on a rockstar stance and succeeded in molding his tone to maintain a vibrant purity in the upper register.     But even if he revealed more showmanship than musicianship, the soloist had his adoring and screaming audience at the tip of his musical fingers.

The acoustics of the Henry Lee Irwin Theater is not ideal for concerts. The inadequacy was made worst by curtains hanging on stage. What the school didn’t know was that they actually absorbed the sound before it could get to the audience.

The next MSO season concert at Globe Auditorium in Bonifacio Global City will feature conductor Christoph Poppen and pianist Ingrid Sala Santamaria. This will be on Oct. 14. Program will include Brahms’ “Symphony No. 4” and Brahms’ “Piano Concerto No. 2.”–CONTRIBUTED