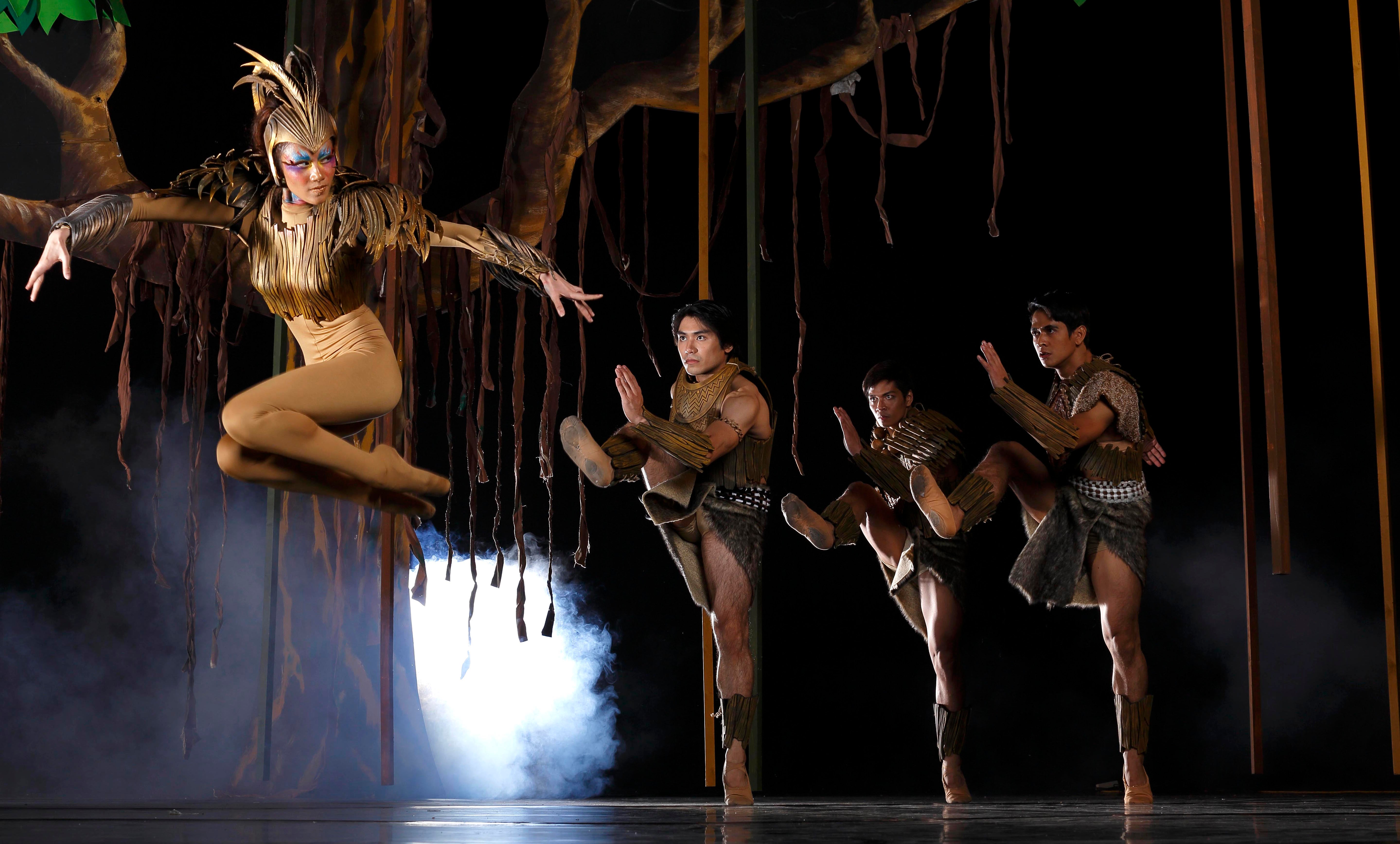 One of BM’s biggest and most ambitious productions to date, the full-length ballet is based on the eponymous Filipino myth about the search for a fabled magical bird with curative powers.

The myth is taught in literature classes in the Philippine basic education system, and it is precisely this affinity with young learners that inspired Francisco—a seasoned danseur and father of three —to translate this jewel of Philippine literature into the language of dance.

“Many versions of ‘Ibong Adarna’ have found their way into storybooks, comics, film and television,” Francisco explained.

“All of these have helped children—including my own kids—understand and appreciate it in a more contemporary manner. The challenge of retelling this story in movement and music is very daunting, but it also gives me a chance to contribute in preserving something that is valuable to our culture. At the same time, the audience can also enjoy something that would delight their senses and imagination.”

BM artistic director Lisa Macuja-Elizalde said she had no doubt Francisco would “do a great job” when she commissioned the company principal and resident choreographer to take the lead on this lavish and elaborate project.

“Although this is his first time to choreograph an entire full-length ballet on his own, Gerardo’s many awards and successful projects with Ballet Manila attest to his immense talent. And from what I’ve seen so far, he has certainly outdone himself… Everything about this ballet is simply stunning!”

Meanwhile, musician Diwa de Leon was tapped to compose and arrange the ballet’s original score. Although he has worked with BM in two previous projects, De Leon considers “Ibong Adarna” his “most monumental solo ballet effort” to date, for which he drew inspiration from a diverse range of musical influences—from Balinese gamelan, Ifugao gongs and Maguindanao melodic inspirations, to the works of film composers John Williams and Hans Zimmer, as well as renowned video game composer Nobuo Uematsu.

“Mix them all together with the dozens and dozens of melodies I hear in my head on a daily basis and you have the music for Ibong Adarna!,” he said.

Featured guests are Gia Macuja-Atchison as the singing Adarna and Bodjie Pascua as the mysterious Ermitanyo. Sets and costumes are by Make it Happen Workshop, lighting design by Jay Aranda, and script by Angela Ureta. –CONTRIBUTED