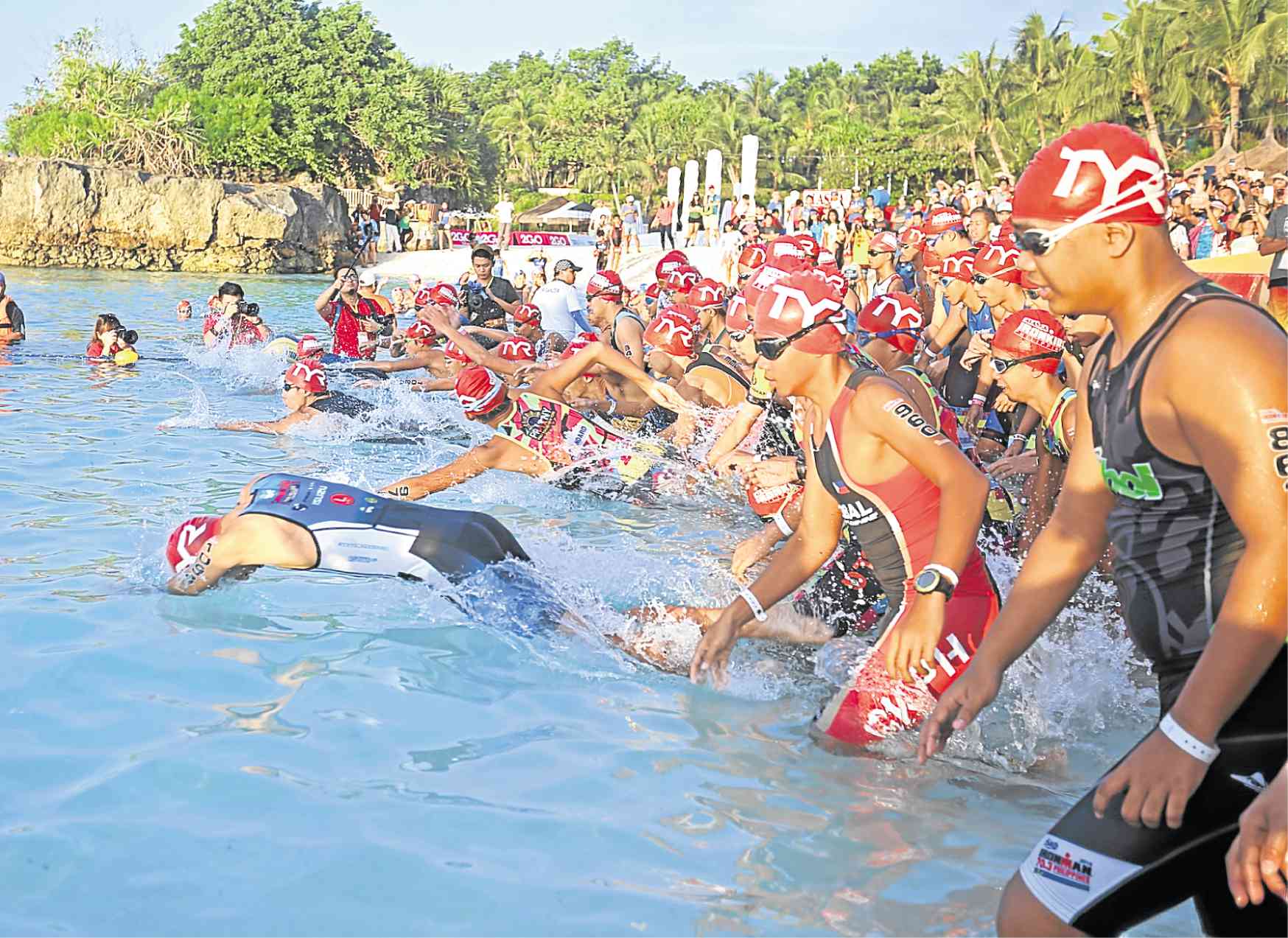 The swim leg of the race

Tragedy once again struck the Ironman 70.3.

A week ago, at the first leg (swimming) of the 2017 Cobra Energy Drink Ironman 70.3, Eric Nadal Mediavillo, 47, was seen in the water waving at race marshals. By the time he was pulled out, he was unconscious.

The Emergency Rescue Unit Foundation rushed him to the Mactan Doctors’ Hospital, where he was pronounced dead on arrival. He reportedly died of cardiac arrest.

Mediavillo is not the first athlete to die during an Ironman race.

In 2009, during its inaugural race in Camarines Sur, Juan Miguel Vazquez, 52, also died during the 1.9-km swim event after suffering a stroke.

In 2012, relay biker and airline executive Ramon Igana died after suffering acute pulmonary embolism during the 90-km bike; he fell off his bike and hit his head on the gutter.

A pulmonary embolism is a blockage in the pulmonary artery that supplies blood to the lungs. It is one of the most common cardiovascular diseases in the United States. The blockage, usually a blood clot, prevents oxygen from reaching the tissues of the lungs, making it life-threatening.

Why do super athletes, supposedly the healthiest of people, die during triathlons?

Swimming is the first leg of the event. Presumably, the athletes are not yet suffering from the heat nor exhausted at this point in the competition.

So, why do triathletes die during the swim leg?

According to a report in Men’s Journal, about 1.4 percent of triathletes suffer from swimming-induced pulmonary edema (SIPE), a potentially fatal condition in which blood leaks into the lungs, causing oxygen deprivation and, in extreme cases, cardiac arrest.

Combine that with tight wetsuits, cold water temperatures, and being pummeled by hundreds of people in the water, and you have a disaster waiting to happen.

The swim leg is often described by athletes as the toughest in the race, and that’s mainly because it can be very violent in the water. (Since 1992, USA Triathlon has sent swimmers into the water in stages in an effort to combat this situation.)

Some athletes also have preexisting, undiagnosed heart conditions. Hypertrophic cardiomyopathy, for example—a thickening of the heart’s ventricles—would predispose an athlete to have sudden arrhythmia on race day.

The Scientific American reported a study on 2,971 USA Triathlon-sanctioned events conducted by Minneapolis Heart Institute cardiologist Kevin Harris. In the report, Harris said there are five risk factors during the swimming event.

The first risk factor is “the adrenaline surge and pure number of athletes entering the water at the same time.”

Second, many athletes come from a background in running or other sports, and may be less adept at swimming.

“Swimming in a triathlon is a totally different sport than doing laps in the pool, due to the variability of extremes of waves as well as people swimming around you and on top of you,” Harris said to the Scientific American.

“There’s the inability to rest properly if needed, or call for help as you could do in the marathon and bike legs, and the difficulty of being noticed if the swimmer is in trouble due to the number of athletes in a body of water, which is not transparent.”

The report said swimming is dangerous because of the delay in identification, rescue and the time to get to dry land to use resuscitation equipment. Time matters with resuscitation.

SIPE can prove lethal if unchecked. Even under normal conditions, and we never notice this, a little fluid leaks into our lungs, although that is cleared by the lymph system, which relies on ventilation.

Swimmers, with their faces in the water, take longer intervals between breaths. They can’t ventilate like a runner, so that makes the lymph system less efficient. Hence, the edema.

As a precaution, the American Heart Association recommends a 12-point screening that checks for heart murmurs, chest pain from exertion, and Marfan syndrome—an affliction that weakens the body’s connective tissue and can affect the heart.

It is also suggested that athletes warm up by jogging to the race site or doing jumping jacks or pushups at the start.

It is strongly advised that triathletes, especially middle-age men, keep close watch of their cardiovascular health before signing up.