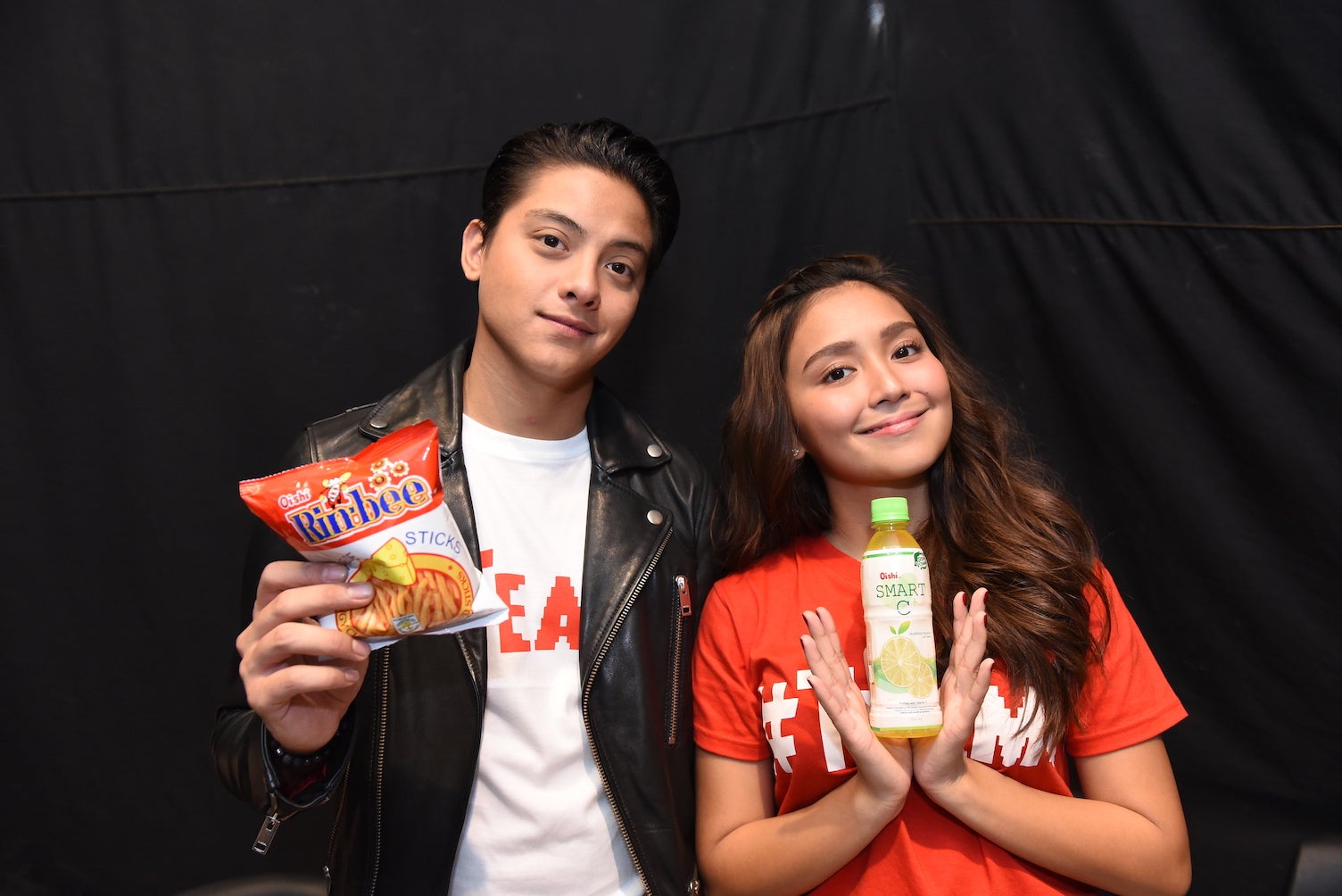 Festival Mall in Alabang was abuzz with cheers and screams from fans recently as their favorite teen idols graced the event “Oishi Snacktacular.”

Oishi Snacktacular is an annual extravaganza where snack lovers play games in fun booths that feature their favorite Oishi snacks. An addition this year was the participation of Oishi friends Panya, Hippy, Pilyo and Waifu, colorful mascots of much-loved Oishi snacks.

At the Snack Catcher, an Oishi crowd favorite, “Eat Bulaga’s” Maine Mendoza, was lowered into a pool of snacks and grabbed more than 50 assorted Oishi snacks.

Teen heartthrob Daniel Padilla was spotted at Oishi’s Snack Shack, where he grabbed as many of his favorite Oishi snacks in under 60 seconds, while comedienne/host Alex Gonzaga created her own Oishi snack of Bread Pan and chips dipped in cheese in the Make-Your-Own-Snack booth. She then invited hundreds of participants to make their own outrageous combinations.

A dream-come-true moment came when actress Kathryn Bernardo invited a fan to play Oishi’s Cuckoo Blaster. In this game, participants wear Cuckoo’s signature wings and try to catch as many balls as they can in a basket. A Cuckoo Blaster veteran, Bernardo caught balls flawlessly and shared tips with her lucky fan, who managed to catch 23 out of the 80 balls thrown.

Though she fell short of the 40 required for the grand prize, Bernardo donated the balls she caught—the fan taking home the entire lineup of Oishi’s delicious beverages.

This year’s Oishi’s Snacktacular was a success. Participants had lots of fun as they left all smiles and with bags full of their favorite snacks.

Team O’s KathNiel, Alex and Maine also had a blast and are looking forward to next year’s Snacktacular event.