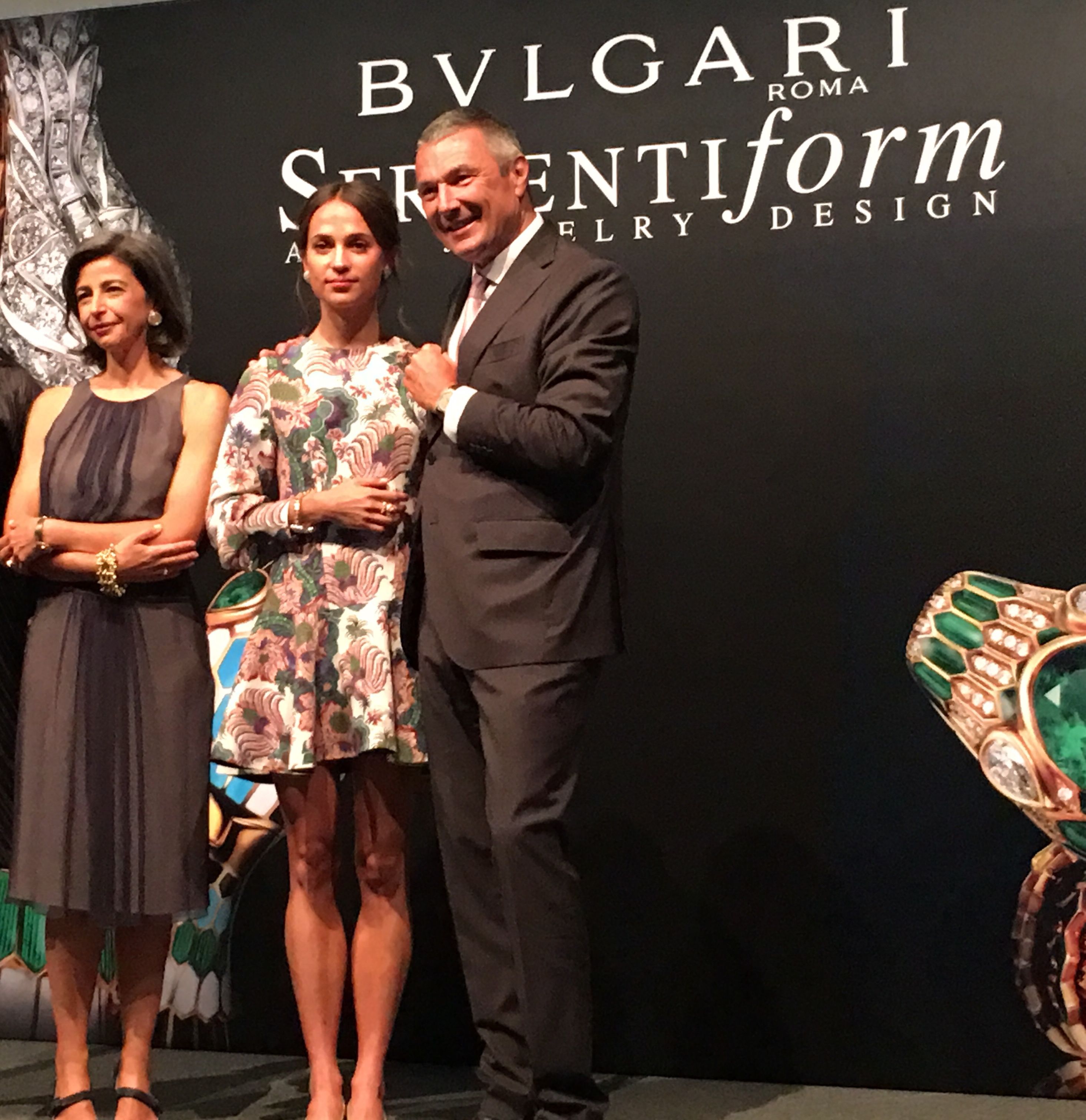 The art, jewelry and design exhibition will open to the public Aug. 19 and will run through Oct. 15.

Vikander, who won the Oscar for best actress in a supporting role for “The Danish Girl” in 2015, appeared at the exhibit press conference here with Bulgari CEO Jean Christophe Babin. It’s the Swedish actress’ first visit to Singapore.

The exhibit, which explores the snake as a design inspiration, features over 150 pieces of antiquities, vintage costumes from theater and cinema, contemporary art by prominent artists, and Bulgari Serpenti high jewelry.

First shown in Rome in 2016, this is the exhibit’s first stop outside of Italy. Bulgari brand and heritage curator Lucia Boscaini with the maison’s brand heritage department curated it.

The serpent has been a longstanding symbol of Bulgari, spawning one of its most iconic lines, the Serpenti, which has been interpreted in watches, jewelry, leathergoods and other accessories since the 1940s.

Asked by Babin what the snaked evoked in Vikander, she replied: “As an actress I love the fact that the snake represents the shape-shifting symbol, which is something very much that I relate to, the willingness to reinvent oneself. I love that it symbolizes rebirth and creating different versions of yourself. I love how your jewelry defines different kinds of women.”

There are also vintage costumes from as early as the 1920s.