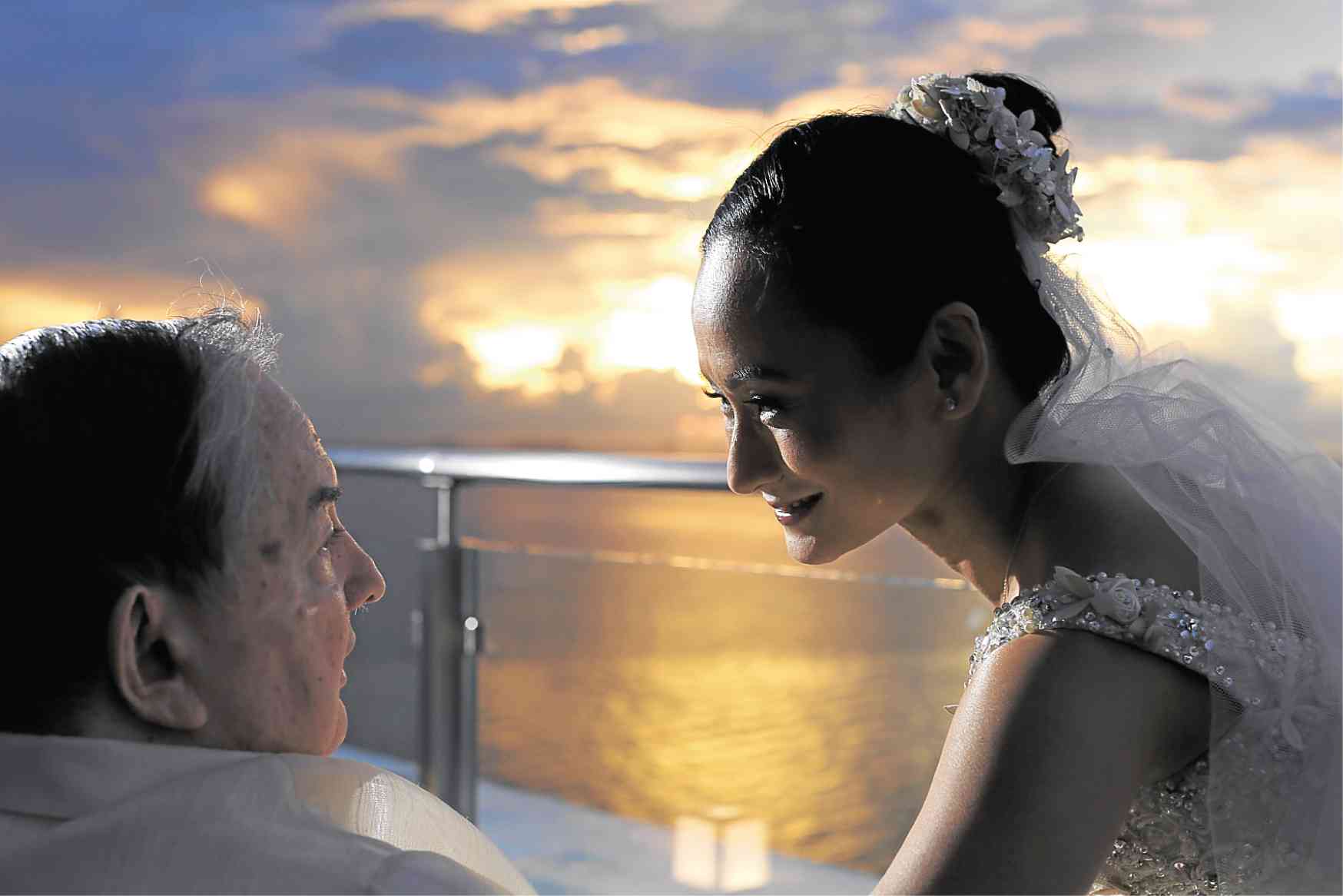 Their engagement and eventual wedding made headlines in 1997. The whirlwind romance of two mega-celebrities—a prima ballerina and a business tycoon—caught the public’s imagination and understandably became the stuff of front-page news and lifestyle coverage.

Lisa Macuja was admittedly swept off her feet, such that in a matter of months after being courted by Fred J. Elizalde, she said “I do.”

On June 7, the couple marked their 20th anniversary with less fanfare than their wedding. But the celebration was no less grand as it was held at the luxurious Presidential Suite of Conrad Manila, with the glowing Manila Bay sunset serving as backdrop. Fred and Lisa’s daughter Missy would later note that her parents’ anniversary party was the first event to be held in the venue, making it quite a historic evening.

What made it most special for Fred and Lisa was a renewal of vows, officiated by Fr. Macias “Wency” Serafica of San Isidro Labrador Parish in Pasay. The simple ceremony was witnessed by a small circle of family, friends and colleagues.

The ever-svelte Lisa was radiant in her Auggie Cordero bridal gown (with no alterations even after 20 years, as she happily shared on Facebook), while Fred was dapper in his barong.

Both were teary-eyed as they exchanged words of gratitude and love for each other. Photographs from their wedding album were flashed on a wide-screen television as guests sipped champagne and partook of the bountiful spread.

In a program held later in the evening, Missy led family members in toasting the couple.

Among the speakers were Missy’s brother Manuel, sister Sasha Elizalde-del Rosario and husband Ray del Rosario, Lisa’s father Cesar Macuja and brother Julio “Joly” Macuja, Freddie Elizalde and Santi Elizalde. Asked to share advice he would have given to the couple 20 years earlier, Freddie kidded, “Invest in Google and Facebook,” before turning serious and wishing the honorees more years of togetherness.

Ruperto “Jun” Nicdao Jr. and Ed Cordova, executives of the Elizalde-owned Manila Broadcasting Company, also congratulated Lisa and Fred while assuring them of the media empire’s continued solid footing.
Lisa’s best friend, Angela “Anjie” Ureta, recalled the night 20 years ago when she learned that Lisa was getting married. They were in an event with England’s Prince Edward as guest of honor, but Lisa was bursting joy, such that she pulled Anjie aside to show her engagement ring. “Lisa was the happiest woman in the world, and Fred was the man who made her happy,” Anjie said.

Osias “Shaz” Barroso, Lisa’s dance partner of many years and now her coartistic director at Ballet Manila, narrated a comic incident on his first visit to Fred’s home in Pasay, where the latter wanted to show him the site of BM’s new studio. Lisa’s other former ballet partners Nonoy Froilan and Rudy de Dios also conveyed their greetings to the couple.

There was a rare photo-op moment with Lisa joined by her onstage princes Shaz, Nonoy and Rudy, as well as her real-life prince Fred. That picture, as well as scores of others through the night were taken by Ocs Alvarez, Ballet Manila’s official photographer for 22 years.

A surprise video of musical theater actress Gia Macuja-Atchison, Lisa’s UK-based sister, moved to tears Lisa, her mom Susan Macuja and many of the guests as she sang the same song she performed in the wedding reception back in 1997—the meaningful “I’ll Never Say Goodbye” from the movie “The Promise.”

Equally heart-tugging was an anecdote shared by Missy Elizalde. One time, she and her father had to return to Manila from Jakarta ahead of Lisa. While the plane was about to take off, Fred turned to Missy and asked her to hold his hand because he told her it was what he and Lisa would usually do on their flights together. He made the same request when the plane was about to touch down in Manila. While laughingly admitting it felt awkward, Missy said it was nevertheless a touching revelation of her parents’ special bonding moments.

There were tears, but there was certainly a lot of laughter that evening, too, what with a boisterous bunch of Ballet Manila dancers around. Single ladies were gathered so Lisa could throw the bridal bouquet. Danseur Mark Sumaylo jokingly did not want his girlfriend, ballerina Abigail Oliveiro, to join the group. To everyone’s merriment and to Mark’s mock consternation, Abi ended up catching the bouquet.

The festivities lasted well into midnight, with Lisa and Fred, and kids Missy and Manuel, staying on in the Conrad’s Presidential Suite for another two nights. The celebration continued as the four of them soon embarked on a three-week family vacation that would take them to Switzerland, Greece, England and Spain. A 20th wedding anniversary like no other, indeed!