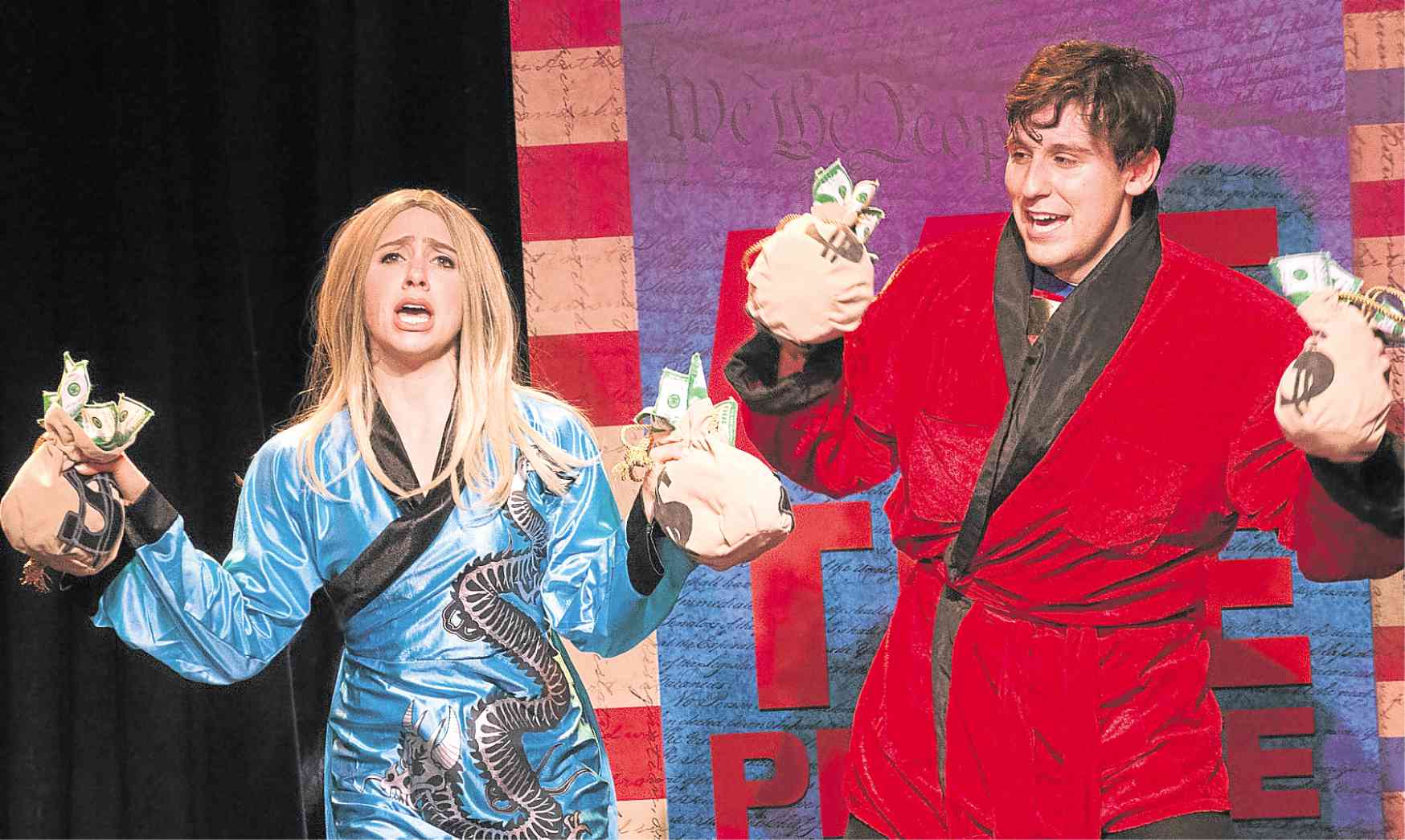 Mia Weinberger and Richard Spitaletta in “Me The People.”

Trust New York to come up with the very latest satirical commentary on America’s political predicament. Showing at the Off-Broadway Triad Theater is “Me, the People: The Trump America Musical.”

Written by Emmy Award-winning writer, director and producer Nancy Holson, the 85-minute musical is her way of expressing “her strong belief that [the people] all need to resist the horrors of the Trump administration.”

A cast of just four people, under the guise of wigs and clever costuming, play such characters as the Trump children Ivanka and Donald Jr., the Supreme Court justices, mainstream journalists, Melania Trump and the Donald himself.

The challenge of the play is sustaining the audience’s interest via what could potentially be a corny device that involves the cribbing of familiar melodies and adapting them to comment on current events which profoundly affect the United States and the world.

Indeed, how does one satirize what is already high farce in real life?

The stage is intimate and immediate, so Broadway tap-dancing and choral techniques are used to animate the serious questioning underlying the play. The relevance of the US Constitution, nepotism, ethical standards of the Office of the President are among the topics touched on.

It reminds us that theater has always had this function, whether in the times of Aeschylus and Sophocles, Shakespeare and the early US occupation in the Philippines, when the politically oriented zarzuelas provided resistance to the new colonizers.

Trump’s first six months in office have become a tremendous roller-coaster ride for America and the world. Even while this musical is running, such events as the resignation of chief of staff Reince Priebus and spokesperson Sean Spicer, the firing of Anthony Scaramucci, the possible replacement of US Attorney-General Jeff Sessions, the scrutiny of Robert Mueller’s role as principal investigator of Russian interference and its possible Trump connection in the last US elections, hover over the American people.

Heavy questions indeed, and never has the media been so challenged, not since the days of Watergate or Bill Clinton.

While the play is surely interesting in itself, it also shows how, in a working democracy, no topic is so sacrosanct that it cannot be discussed or made fun of in a public forum. In contrast, a street theater group that wished to stage a play in Pandacan, Manila, to comment on extrajudicial killings was beset by trolls and threatened by goons.

In “Me the People,” the journalists are menaced with intimations of digging up personal records, deportation and jail, and are sent off to the musical notes and lyrics of “The Sound of Silence.” One begins to ask whether this is art imitating life or, in the Philippine case, life imitating art. Lines have obviously blurred between reel and real life, where actors, sportsmen and entertainers are now elected to high office.

In the meantime, the news media still discuss the latest tweets from the Commander-in-Chief. The song “Robin” did not even have to be changed for its final lines of “tweet, tweet, tweet,” from someone dressed in a rooster’s costume.

Back in circulation is Francis Fukuyama, who had said that we had arrived at “the end of history” and asserted the final victory of liberal democracy. He is now teaching at Stanford University and is much sought after to analyze Trump’s administration and the factors which got him elected in the mid-21st century.

Conventional wisdom now has it that this was brought about by “the revolt of the masses” or the populist wave from the sectors that had not benefited from globalization or technological change. 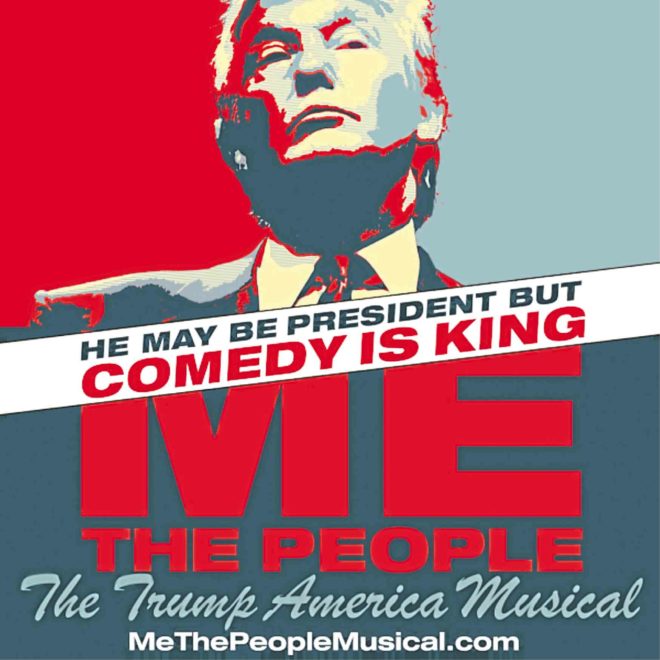 Fukuyama’s latest book is “The Origins of Political Order,” where he analyzes the templates of social organization in such societies as Europe, China, India and the Middle East. China preceded the West in founding a system of state bureaucracy that emerged from a meritocracy, and which could rule a whole country uniformly. China has, however, retained autocracy and authoritarianism as a principle of state rule.

The West’s advantage was its emphasis on the rule of law, political accountability and eventually, democracy. The Philippines, long influenced by the West in the past 500 years, appears to be considering a return to its pre-Hispanic roots under the influence of its biggest neighbor.

In Trump’s America, the Chief Executive, his family and his immediate coterie have upended many of the conventional ideas that defined the Office of the President and even determined the postwar world order. America’s leadership in such areas as trade, climate change, defense and even human rights is now being seriously questioned.

This is not to say that there are no other countervailing forces within America which challenge the President’s “tweet-oriented” policies and unpredictability. The refusal of states to kowtow to the President on his proposed migration policies and the defiance of the Armed Forces in implementing a “tweet” banning transgenders are new and interesting developments that bear watching.

Thus far, Donald Trump’s administration has failed to replace Obamacare or, in its words, to make it implode, or to build the wall along the US-Mexican border with Mexican financing.

A healthy sign of democracy is when the citizenry does not take things lying down, just because someone up there says so. That is truly “We—and not Me—the People.”