Casino Español de Cebu celebrated Dia de Santiago with two events. First, on July 22 at 7 p.m., was the opening of a fair of Spanish products at the main foyer. Also on exhibit were Cebu City street scenes painted by José Mari Picornell.

The second event took place three days later on July 25, the actual Dia de Santiago, which honors St. James the Apostle, patron saint of Spain. His tomb in Santiago de Compostela, Galicia, is visited by thousands of pilgrims who do “El Camino.”

There was a special buffet at the Casino’s La Terraza featuring Spanish dishes. The paella negra was by David Ugarte, while the traditional paella was by chef Alfonso Martinez.

The occasion served to introduce the Casino’s new Spanish chef, Pablo Pardo, who prepared a sumptuous parrillada of grilled meats that delighted everyone. Casino Español de Cebu general manager May Ocaba says that chef Pablo is teaching the club’s culinary team the secrets of how to make Spanish sausages, which is not sweet at all. 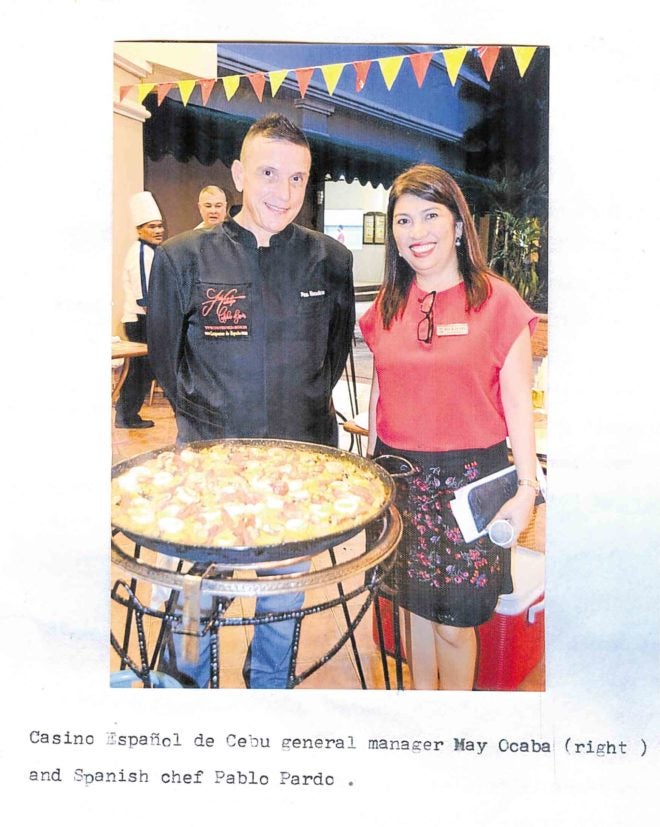 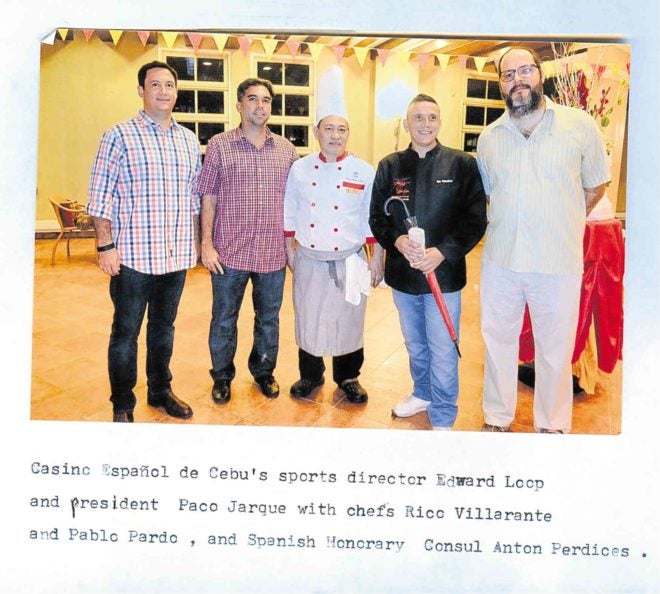 The chef’s stint in Cebu will run until October, which means he will be present for the traditional celebration of Dia de la Hispanidad. That will be on Oct. 14, the Saturday nearest to Oct. 12, the actual date of its observance.

Casino Español de Cebu was established on Jan. 1, 1920, in a private house in downtown Cebu. It moved to the ornate Sepulveda family’s mansion on Colon Street, which burned down during the war. The Casino Español de Cebu then moved to its own building on Ranudo Street, where it remains to this day. The old wood structure gave way to a modern concrete facility in 2004.

There are plans to hold a memorable centennial celebration in 2020. A committee has been suggested to map out the activities. 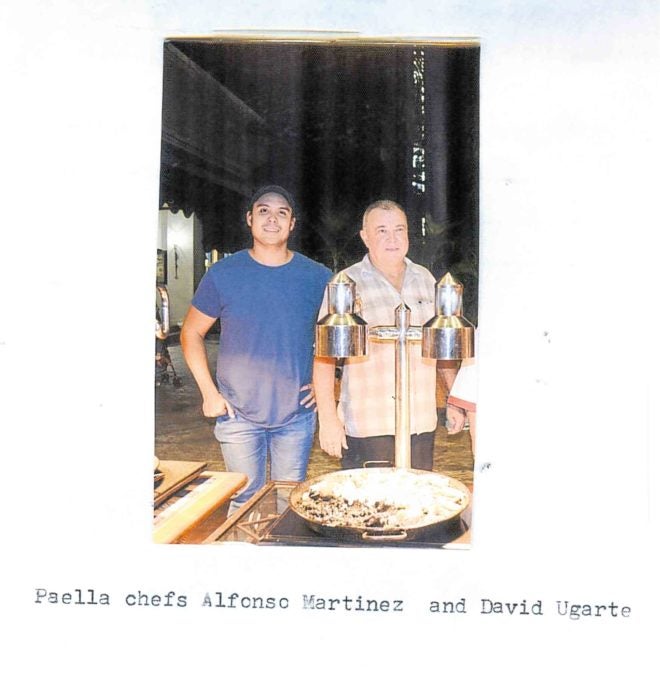