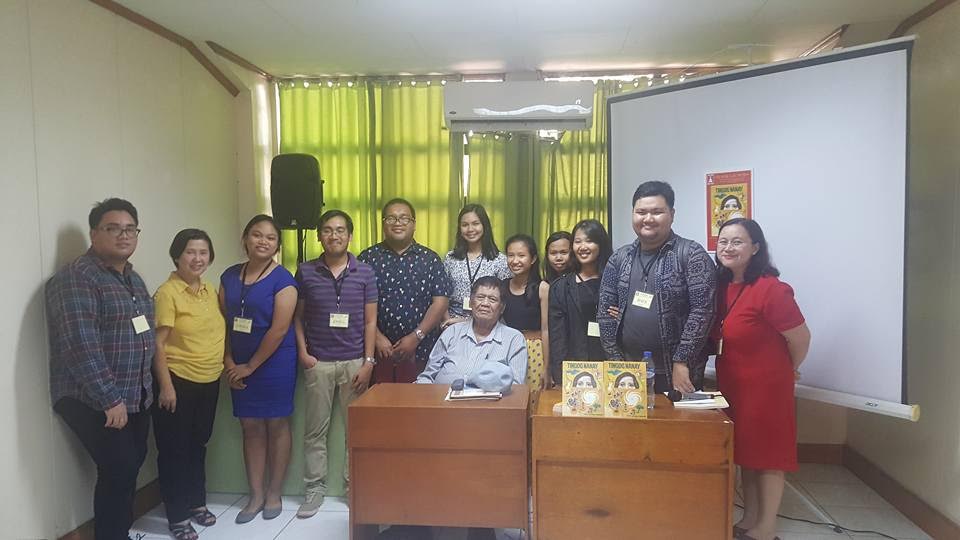 For the 15th time, the San Agustin Writers Workshop was held last May 3-5 at University of San Agustin (USA) in Iloilo City.

“Sanag,” a Hiligaynon term meaning “brightness,” is a conjugated term for San Agustin—the patron saint of the first university in Western Visayas. Before its centenary celebration as a university, the Fray Luis de Leon Creative Writing Institute under the University Center for Research and Publications (UCRP) conceptualized and introduced its brainchild—the very first San Agustin Writers Workshop in 2003.

The workshop is called the SanAg Workshop.

An annual workshop was spearheaded under the project directorship of Jigger Latoza, former USA presidential chief of staff, together with award-winning writer-critics from USA, De La Salle University and University of the Philippines-Visayas, who served as workshop panelists.

This year, with the Fray Luis de Leon Creative Writing Institute, under the Center for Resources in Innovation and Development, the SanAg Workshop celebrated its 15th year.

The Graduate School multipurpose room at the Rada Hall of the university welcomed these fellows and panelists in the morning of May 3.

A simple opening program marked the official start of the workshop, graced by the opening remarks from university archivist and vice president for administration and finance, Rev. Fr. Arnel Dizon, OSA.

Deriada, known as the Father of Western Visayan Literature, gave a lecture on poetry writing. He cited popular works deemed by the majority as good poetry but which actually were not. He elucidated on what good poetry was, citing works written by Sara Teasdale, Sarah Cleghorn and Teodoro.

After the lectures, the critiquing came. Melchor Cichon, an alumnus of the SanAg Workshop, had been invited as guest panelist for works written in Akeanon.

Another highlight during the closing program was the book launch of “Tingog Nanay,” a collection of poetry edited by SanAg Workshop alumna, Karla Quimsing.

Also an alumna of USA, Quimsing (AB English, 2003) is pursuing her Master in Literature at University of San Carlos, and has taught English and literature subjects at St. Theresa’s College-Cebu and University of the Philippines-Cebu.

Indeed, the SanAg Workshop, like the university’s patron St. Augustine, who was a prolific writer, has become a venue for enlightenment not only to those lured by the creative attraction of the literary realm, but also to established writers who keep the passion burning, always rekindling their love for the written word. —CONTRIBUTED