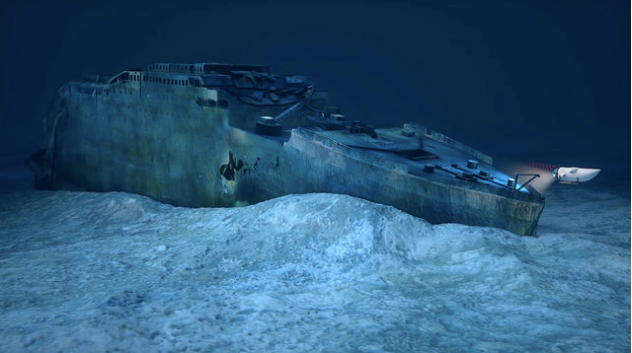 The subject of an iconic movie, the famed “Titanic” wreckage is truly one marvelous sight to behold.

But since the storied British passenger liner  is now submerged some 13,000 feet below sea level, only a select few divers are able to see it with their own eyes.

One luxury travel company in the UK plans to offer its customers a chance to witness the legendary “RMS Titanic” up close, via a mini-submarine cruise.

Aptly named “Dive the Titanic,” Blue Marble Private provides willing customers a chance to descend the depths of the North Atlantic Ocean and tour the world’s most doomed ocean liner, which sank some 105 years ago.

According to Thrillist, the eight-day trip, which can accommodate nine passengers at a time, will circle the wreckage and offer a complete view of the ship’s massive deck and staircase.

Before embarking on an adventure inside the state-of-the-art submarine, passengers will also be acquainted during in-depth sessions with the Titanic’s history as well as the mechanics of deep-sea exploration.

If the weather permits, they’ll board the specialized titanium and carbon-fiber submersible and descend into the fabled site.

The depths of the wreckage have been visited by  fewer people than those who have summited Everest or traveled to space, the report said.

Meanwhile, a deep-sea exploration of this magnitude won’t come cheap, as each traveler is expected to shell out $105,129 (over P5 million) each.  /ra