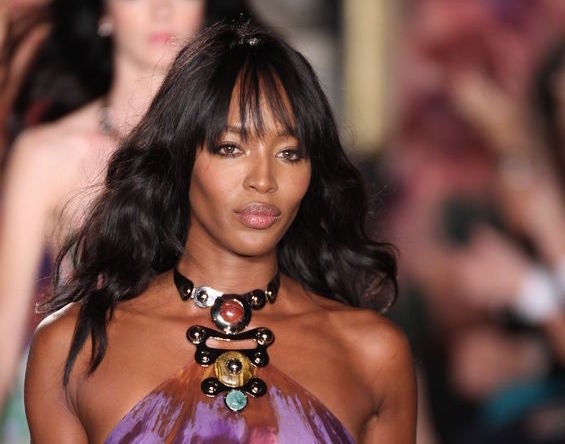 Naomi Campbell took to Instagram to point out a longstanding “problem” of Vogue’s British edition.

The supermodel shared a photo of Vogue UK’s former editorial staff under editor Alexandra Shulman, which had no person of color included.

This is the staff photo of @britishvogue under the previous editor #AlexandraSchulman. Looking forward to an inclusive and diverse staff now that @edward_enninful is the editor 🌍🇬🇧👩🏼👱‍♀️👩🏽👩🏾👵🏿let’s hear your thoughts ?

“Looking forward to an inclusive and diverse staff now that Edward Enninful is the editor,” wrote the British model whose career took off in the late ’80s.

Enninful was confirmed as the publication’s new editor-in-chief in April, succeeding Shulman who took the helm in 1992 and is British Vogue’s longest-serving editor.

The Ghana-born fashion maven made history as the magazine’s first male and black editor. His appointment drew controversy because of his fashion styling, rather than editing, background.

This fresh perspective may be what the elite magazine needs. Since he took the reins in July 2017, he has tapped American Vogue creative director Grace Coddington, Academy award-winning filmmaker Steve McQueen and Campbell herself as contributing editors.

He also asked Kate Moss to return as a contributing editor; the model was a favorite of Shulman’s and was featured in over 30 of the magazine’s covers.

Iconic makeup artist Pat McGrath, who is of Jamaican descent, has been appointed as Vogue UK’s beauty editor-at-large.  /ra