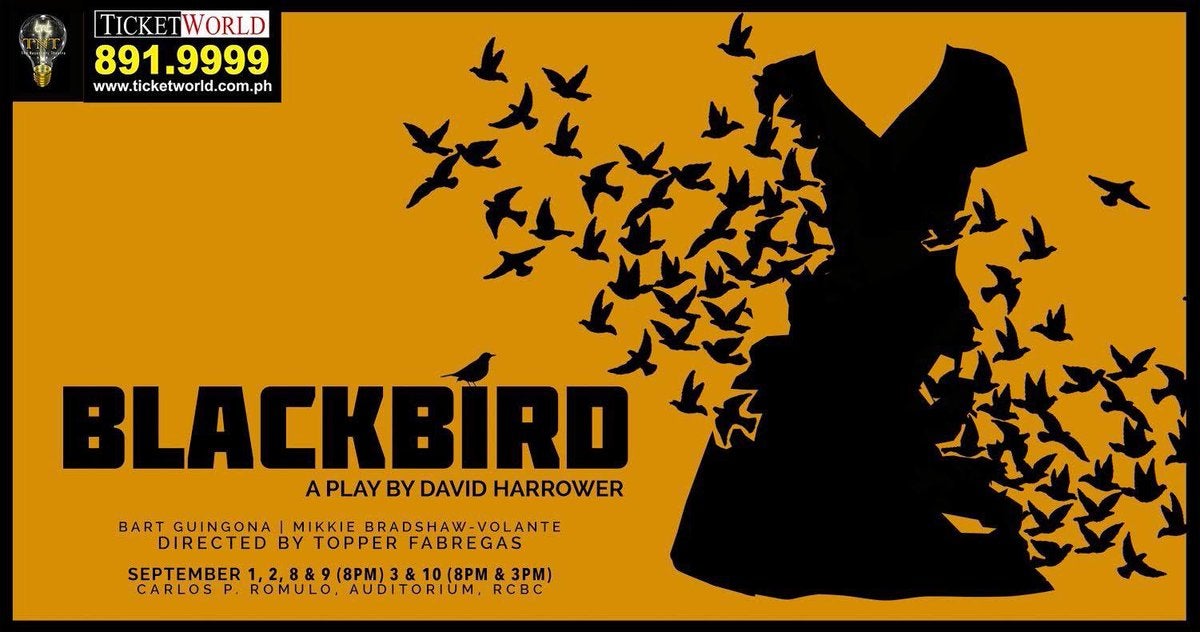 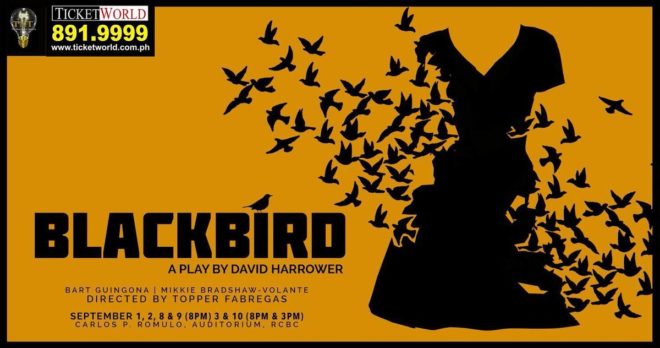 Theater veteran Bart Guingona and Mikkie Bradshaw-Volante will portray the roles of Ray and Una in The Necessary Theatre’s latest production, “Blackbird,” written by David Harrower.

A winner of the Olivier Award for Best Play, the show’s Manila production is directed by Topper Fabregas.

As summarized in Stageagent.com: “Una, a 27-year-old woman, comes to visit Ray, a 55-year-old man, at his office. They are clearly not comfortable in each other’s company, and we soon find out why: 15 years before, when Una was only 12, Ray seduced Una over the course of three months and finally took her away to a hotel for the weekend. Ray spent several years in prison for statutory rape, and Una was ostracized from her community after the incident.

“Now, she has found him by accident, and the play delves into their complex feelings for each other. Though clearly, and by definition, sexual abuse has occurred, the play that ensues is also part of a love story—a horrible love story, but a love story all the same.

“‘Blackbird’ is a deeply complex portrayal of two people whose ruined lives are inextricably intertwined.”