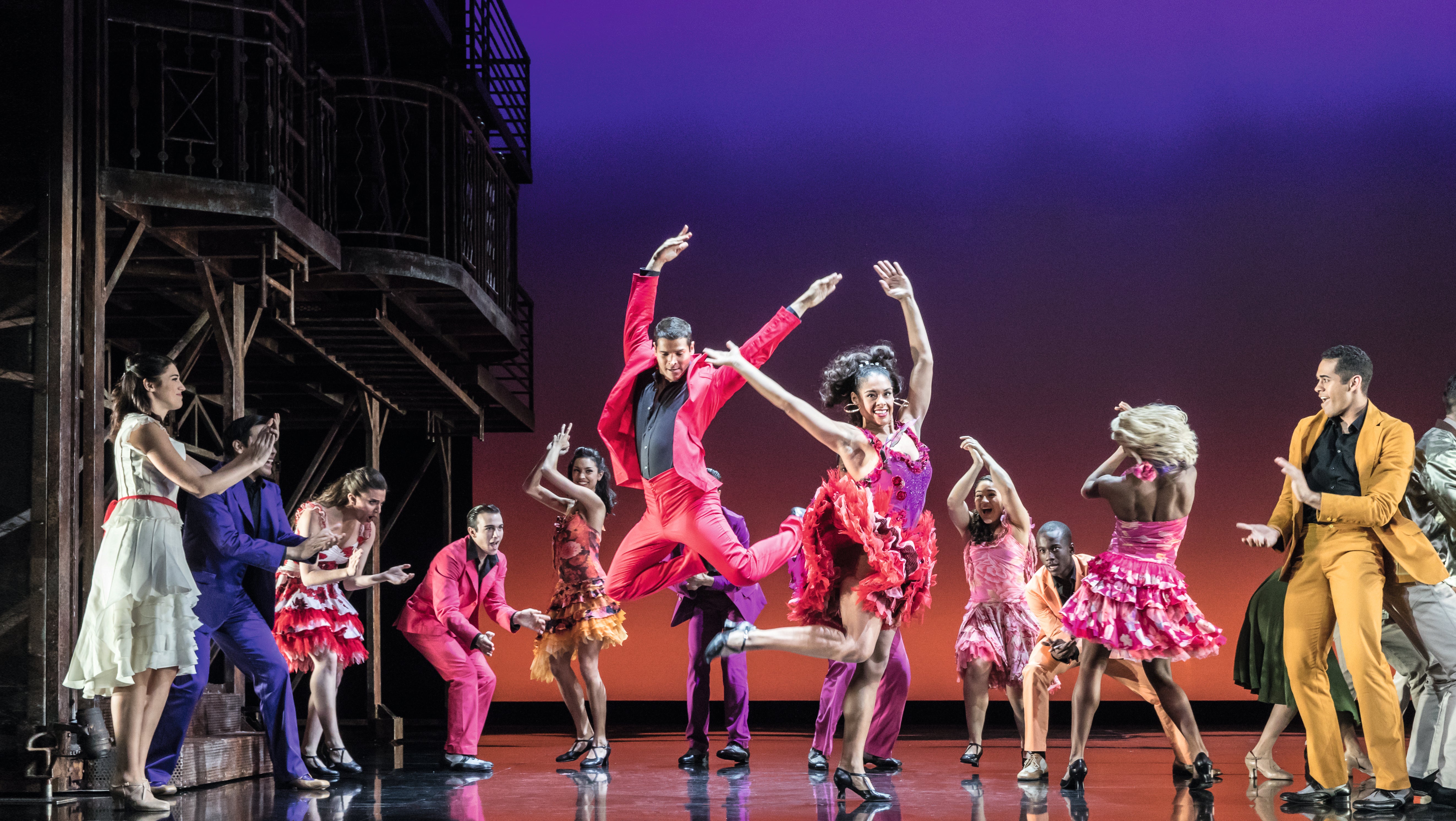 In the classic Broadway musical “West Side Story,” the fiery romance of Bernardo and Anita is as much front and center as that of the story’s main pair, Tony and Maria. Theirs is a powerful connection fueled by dance, and in the ongoing run of “West Side Story” in Manila, Waldemar Quinones-Villanueva and Keely Beirne get the privilege of playing this iconic tandem.

“I am a very passionate person,” said Villanueva. “And she is, too!” pointing at Beirne.

“We’re lucky to have the choreography of Jerome Robbins. He’s a really good storyteller; you can feel the sensuality—and the heat,” Beirne said with a laugh. “We also have a really good relationship on and off stage, which is very easy to tap into.”

Beirne makes for a fierce Anita, but she admitted that she had to audition for the role twice. She got rejected on her first try for being “too young.” Back with more confidence and experience from a cruise ship gig, she auditioned again last year and nailed it.

Her Latin roots come from her mom, who, at 12, immigrated to the United States from Panama. Beirne’s dad is Irish, and while she was born and bred in New Jersey, she grew up knowing she was “different.”

“I was lucky that my parents explained to me at a young age that: ‘your dad is white; you will be treated differently, and you just have to understand that. Mom wanted me to be proud of being biracial, so when I get discriminated against, I can deal with it.”

“West Side Story” tackles an issue as timeless as the musical itself: racial tension.

“Having a different color and accent is enough for some people to just go for it,” said Villanueva, who is Puerto Rican—the same ethnicity of the rival gang battling it out for the streets with the white Jets in “West Side Story’s” 1950s New York milieu.

“My dad is very family-oriented, he’s overprotective, and he loves my mom. Doing the show always reminds me of my family, which is awesome,” said Villanueva.

He has been touring with the “West Side” cast since 2009 as Pepe, Bernardo’s “bro” and understudy. When he finally got the break to star as Bernardo, he knew that the opportunity came with “very demanding, highly technical dance routines.”

“We do lifts, turns, layouts with a leg up in the air! Keely does a lot of ‘sinking’ in her solos, and just when you think it’s over, it gets better with high jumps,” Villanueva said.

Beirne said her training as a certified Zumba instructor definitely helped: “I’ve always had rhythm as a dancer, but Zumba gave me extra flavor.”

The “stage couple” started performing together in Bremen, Germany, late last year, and while each of them also pairs up with other actors, dancing together has been kind of their thing.

As Beirne said, “the other covers are amazing, but performing together is like being home.”

She noted how audiences around the world react differently to their performances, which is always delivered in English. “In Japan, they were very quiet throughout the show, but we got bows and marvelous applause by the end of the performance.”

“In Dublin, Ireland, people are rowdy from start to end!” Villanueva added.

For the Oman staging, they had to be respectful and more conservative, so no touching or kissing.

For the Philippines, the show has no tweaks, thankfully, and the Manila audience can still watch the last shows today and tomorrow as “West Side Story” closes its Manila run on Aug. 27, 8 p.m., at The Theatre at Solaire.

Wherever they perform, the message remains: “West Side Story” is a story of love—and acceptance.

“Racial tension has been so prevalent in American history, and it’s still happening now. Hate is never the answer, it always ends in tragedy,” Beirne said.

Concluded Villanueva: “The show sends a strong message of tolerance, love and compassion. If one person leaves the show touched, then we did our job—that is the magic of this show.”