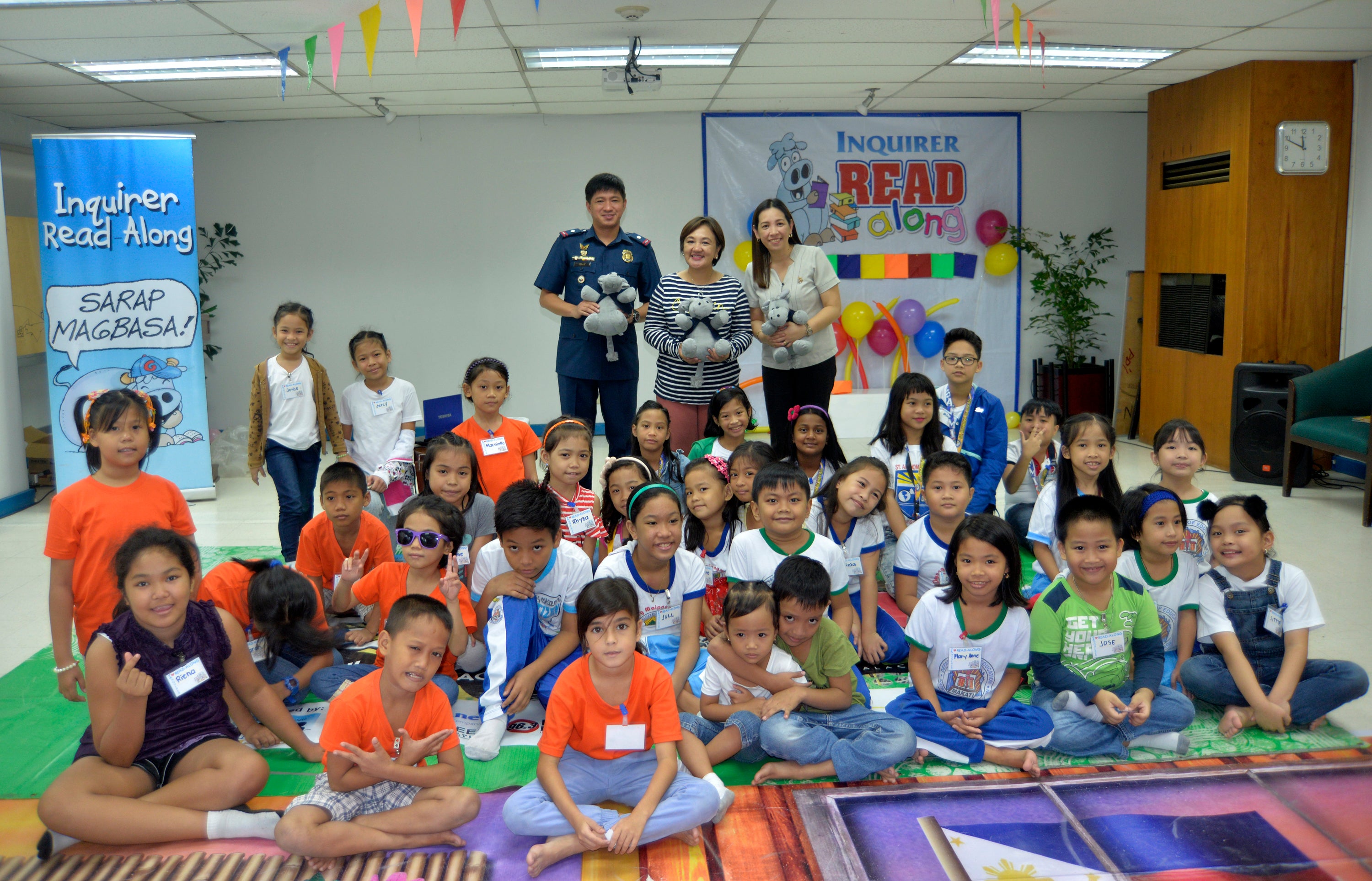 Use one’s uniqueness to be a hero for others.

This was the theme of the inspiring fables of selflessness told to some 30 kids during the Saturday Inquirer Read-Along program that commemorated national heroes’ month.

Justo read “Si Hugo, Ang Pahamak na Hunyango” by Charles Funk. It is about a chameleon whose disability to camouflage with its surrounding becomes an advantage to save its troop from a forest fire.

Rojo, a master teacher in Tagaytay City, read Robert Magnuson’s “What Beetle Can Do,” about a dreadful firefly which compares its abilities with other animals until it finds its own niche—a guiding light at night.

Ibay, a police chief inspector in Manila Police District (MPD), retold a fable resembling his job: Rene Villanueva’s “Patrolman Ngiyaw,” about a low-key police cat which delivers to its job without expecting anything in return.

For Rojo, one should never compare abilities with others and instead be grateful to one’s uniqueness.

“If someone is not good at doing something, one should find his purpose and strive to excel at it,” she said.

Despite the sacrifices and trials he had endured as a law enforcer for two decades, Ibay said he draws motivation from being able to serve the public.

“There is no shortcut to success. Like Patrolman Ngiyaw, he waited for the right time to get the acknowledgment he deserved,” he said.

Founded in 2007, Inquirer Read-Along is a corporate social responsibility initiative of the Philippine Daily Inquirer that aims to teach love for reading among kids aged 7-12. Since then, over 20,000 children from more than 50 cities nationwide had joined the program that featured 400 celebrities and role models as storytellers.

The annual Metrobank Foundation Outstanding Filipinos aims to recognize 10 exemplars in the academe, military and police sectors for their invaluable accomplishments that have transformed a community with a lasting positive impact to their fellowmen and to the country.