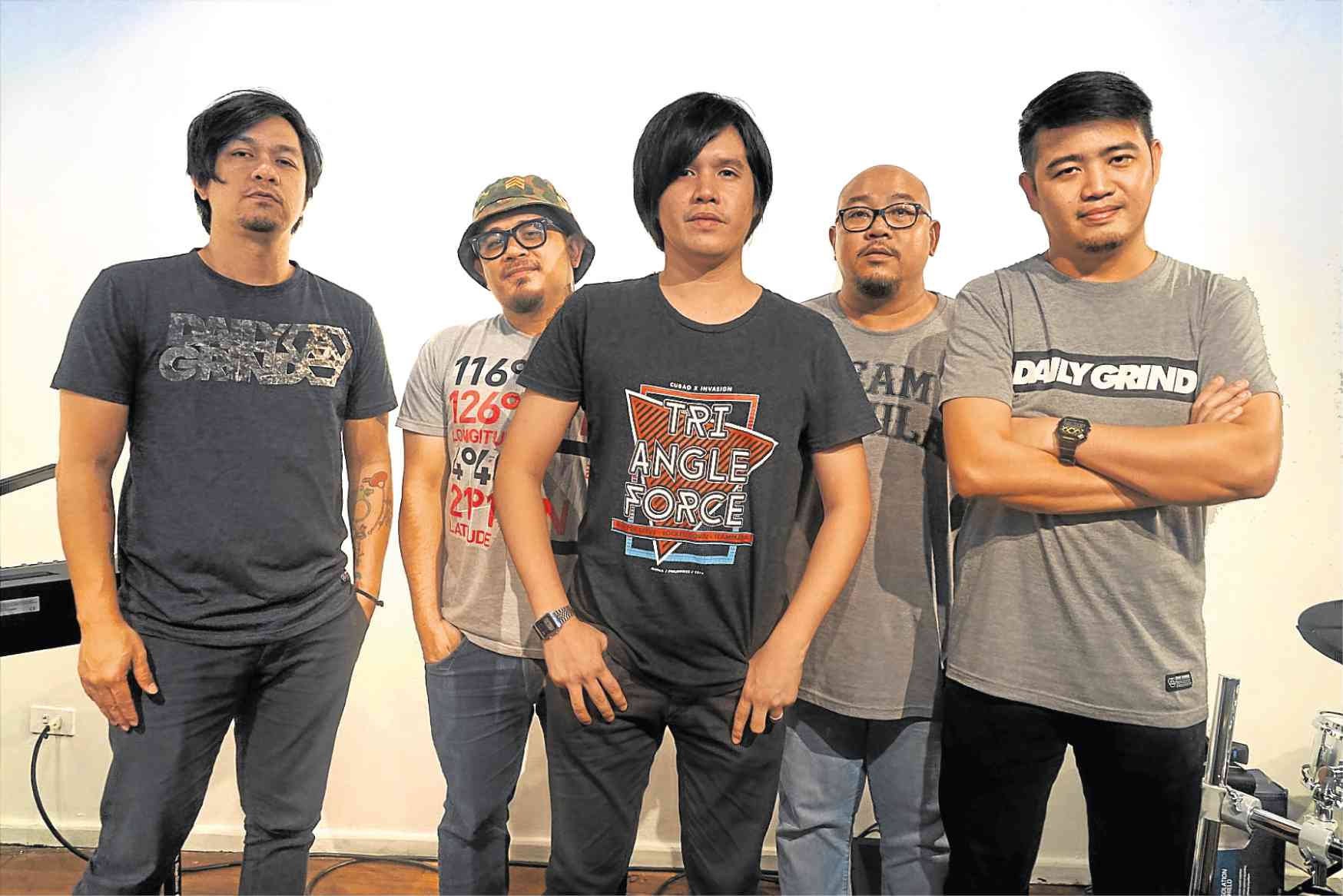 Take a crazy ride with Pedicab

When Pedicab broke into the scene in 2004, we remembered that it was perfectly acceptable to shuffle our feet and dance our hearts out during gigs. With highly infectious songs that stay true to the aesthetics of electro dance punk and which arguably ushered in a new breed of homegrown music, Pedicab could send the audience into a frenzy with its heady mix of playful synths, fuzzy guitars and disco drum beats, as well as fetchy lyrics that you could sing to even as you sway your hips and tap your feet.

Pedicab’s distinct sound, which first blew listeners away starting from the band’s first album, “Tugish Takish,” was a rare gem even in the vast music landscape of 2005. Not dancing, singing and rocking to singles like “Dito Tayo Sa Dilim,” “Bleached Streaks” and “Dizzy Boy” was—and still is—close to impossible. A Pedicab gig, or listening to the band’s album, is a contagious habit one gets into, song after song. Pedicab won as Best New Artist at the NU Rock Awards on the same year.

The band released “Shinji Ilabas Mo Na Ang Helicopter” in 2009. “Simulan Mo Na” and “Ang Pusa Mo” became fan favorites and the band proved that Pedicab wasn’t just a fad that fades when a new tide comes in. By the time the single “Otomatik,” a song from the EP “Kaya Mo Bang Mag-Sando” was released three years after, we knew in our hearts that the band’s members—Diego Mapa, Raimund Marasigan, Jason Caballa, Mike Dizon and RA Rivera—were never going to run out of ideas that would soon transform from plain weird, to whimsical and edgy yet catchy and melodic.

These days, Pedicab’s members can be seen wearing helmets while performing, as they tour bars across the country to promote “Remuda Triangle,” a 10-track album that was released earlier this year.

The concept for the album feeds off vocalist Diego Mapa’s fascination for extraterrestrial theories. The title takes its cue from Bermuda Triangle, the name of the area in the Atlantic Ocean where aircrafts have mysteriously disappeared. “Remuda” is the street in Marikina where Marasigan’s personal studio is located. Longtime friend Shinji Tanaka engineered and mastered the album, while Buddy Zabala coproduced.

The album was released on vinyl; yet another daring move from the most dangerous band in the land. The helmets were handcrafted from household items by artist Leeroy New as part of his Aliens of Manila project.

“What’s The Algorithm,” the first single off the album, was released via a nifty music video that pays homage to popular 8-bit video games from the 1980s. Five alien beings in helmets representing Pedicab’s members appear throughout the video and serve as an introduction to the overriding concept for the album.

In an interview with Super, Diego, Jason, Mike, RA and Raimund talked about their album and ongoing tour, among other things.

It’s been five years since your last album was released, why did you finally decide to release “Remuda Triangle,” and on vinyl, no less?

Tell us more about inspiration for the concept for the album. When did you start cooking up ideas for “Remuda Triangle”?

Was there a conscious effort to write songs under this specific alien theme from the start?

How is this album different from your previous releases?

Would you say it’s better than your previous releases?

Raimund: It’s getting out of our habits.

Out of the 10 tracks in “Remuda Triangle,” which ones stand out, in your opinion?

Why the decision to let Diego play the guitar, after so many years?

The band is over a decade old. Would you say you’re getting better with age?

But there’s no longer collective pressure to be better, or to outdo your last body of work?

Tell us about this tour you’re having.