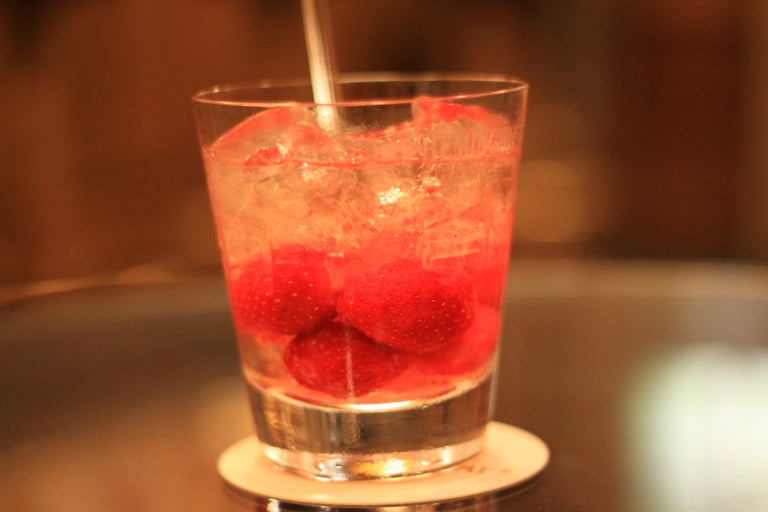 A historic watering hole named after its most famous and perhaps most loyal client, Ernest Hemingway, the Bar Hemingway is a small, intimate enclave at the rear of the five-star hotel, frozen nostalgically and elegantly in the 1920s.

In homage to the novelist, the bar is distinctly masculine and stately, with studded leather armchairs, a wood-paneled bar, and a horned animal head hanging proudly on the wall. Vintage typewriters, handwritten letters and portraits of Hemingway likewise line the walls.

Since taking helm of the bar in 1994, Field has become the face of Paris’s legendary watering hole, going on to be named the world’s greatest bartender by Forbes magazine, and creating a barman program for France’s Meilleur Ouvrier de France (MOF) program at the Sorbonne. The MOF program recognizes the best tradesmen and women in their category in France.

For those who aren’t headed to Paris anytime soon or can’t afford the $35 (€30) price tag per cocktail, Field shares a recipe for the Kashenka, which tells the sad tale of a beautiful Polish dancer who breaks the heart of a poor artist, in drink form.

When the dancer realizes the gentleman is not as rich as she thought, she callously leaves him in search of another, wealthier man.

For the at-home version of the recipe for the broken-hearted and fans of sad love stories, mix 1 centiliter of strawberry vodka with 6 centiliters of vodka, and pour over lightly crushed fresh strawberries. JB