Where you can meet a geisha in Japan and dive into a gold-covered Kobe beef sandwich | Lifestyle.INQ ❮ ❯ 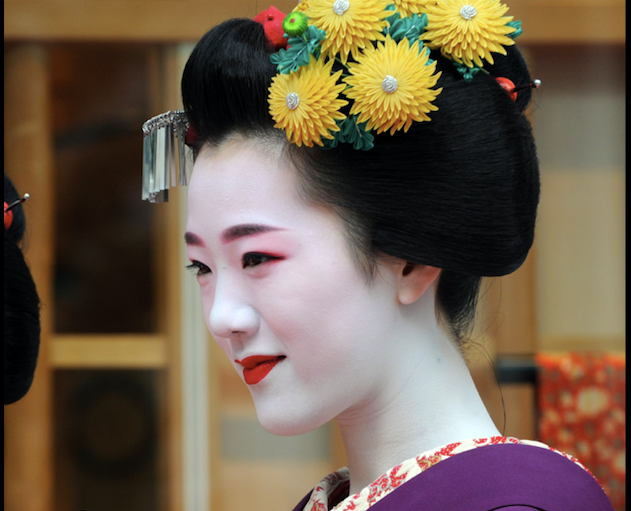 A cultural center in Osaka has opened a geisha cafe, where visitors can meet a geisha-in-training and learn what it takes to become a Japanese “art performer.”

Like a rare wildlife sighting, real-life geishas can be elusive creatures to capture on camera. Graceful and discreet, the ladies are not known to stop and pose for a photo, but are more apt to scurry off to their appointment, head bowed.

Women who do ham it up for photos are likely to be tourists dressed up as geishas.

Enter the Maikoya Osaka, a cultural center in Osaka, billed as a space where visitors can meet openly with a geisha apprentice known as a maiko, and learn about traditional Japanese art. It occupies a space in the Shinmachi area that used to house a geisha house until the mid-1980s.

“We want to teach the world that geishas are artisans not courtesans.”

Traditionally, the geisha world has been a mysterious, secret society, jealously guarded by an inner circle of connections, and completely inaccessible to foreigners.

But in recent years, tourists willing to pay upwards of $1,000 have been able to score an evening at a traditional ochaya (teahouse) for the privilege of an authentic geisha experience, via connected concierges working at five-star hotels and luxury ryokans (traditional Japanese inns).

Those with smaller budgets can now learn the art of the tea ceremony with a maiko for about $90 at the Maiko Café.

An English-speaking translator is present so that nothing is lost in translation.

The best odds of spying a geisha are, of course, in Kyoto, the birthplace of geisha culture.

Gion Hatanaka in Kyoto offers a package deal for a meal in a traditional tatami room, and the company of a maiko. JB