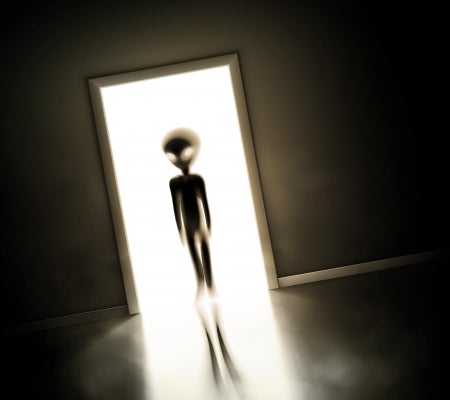 I recently received a series of very interesting questions from Eugene de Guzman, a graduate student of history and a regular reader of this column, about possible ancient alien visitations in the Philippines, megalithic structures, Lemuria and related topics.

1) “Are there any traces of ancient astronauts/aliens in the country that have shaped our history?

2) “Are there any ancient megalithic structures in the country that were made by ancient Filipinos?

3) “I read a history book in college that the country is part of the ancient mythological island of Lemuria. Is there any proof of this theory?

1) Although consistently denied by National Aeronautics and Space Administration (Nasa) and mainstream anthropologists, archaeologists and Western government agencies, there are numerous unofficial reports and testimonies of ancient aliens or extraterrestrial beings having visited our world, leaving tangible proof of their visits scattered all over the planet.

However, if your question refers only to the Philippines, I am afraid I have not come across any tangible proof that they have been here. Or, perhaps, nobody was looking?

2) I am not aware of any megalithic structure in the Philippines, which could have been made by extraterrestrials or at least must have been constructed under their guidance, such as the pyramids in Egypt and Central America, Stonehenge in England, and the huge stone statues on Easter Island.

3) There is no evidence at all on the existence of that legendary advanced ancient civilization known as Lemuria, which supposedly sank in the Pacific Ocean thousands of years ago.

However, the story of Lemuria exists as an undying legend. And I, for one, believe that such an ancient advanced civilization existed, although I can offer no proof of it.

According to legend, Lemuria was a huge continent which occupied almost half of the known world. Its people were brown-skinned, had high foreheads and thick eyebrows. They were highly spiritual and had great telepathic powers.

There were several special centers of energy in the great Lemurian continent located in various countries. According to Dr. James Hurtak, the founder and president of the Academy for Future Science in California, the Philippines was one of such powerful centers of psychic energy in Lemuria.

And this probably explains why, even today, the Philippines has a lot of paranormal and psychic phenomena that are unique and cannot be found in other countries, such as bare-handed psychic surgery.

4) Regarding the mysterious and famous Chocolate Hills of Bohol, I asked Peter Dejaresco, publisher of the Bohol Chronicle, if there has been any excavation or digging done on the hills. He replied that no digging has ever been allowed in the area. However, during a great typhoon, one of the hills was partly destroyed, but they found nothing of significance—no artifacts of ancient tools, or skeletons. And no pyramids, either.

However, what I can tell you is that when I visited Bohol many years ago and stood on an elevated platform overlooking the Chocolate Hills, I distinctly felt that at least one of them, which I concentrated on, was inhabited by nature spirits or elementals, specifically dwarves.

Again, I cannot prove it. It is a subjective feeling I get whenever there are elementals or other spirits present.

Visit www.innermindlearning.com for our online workshop.