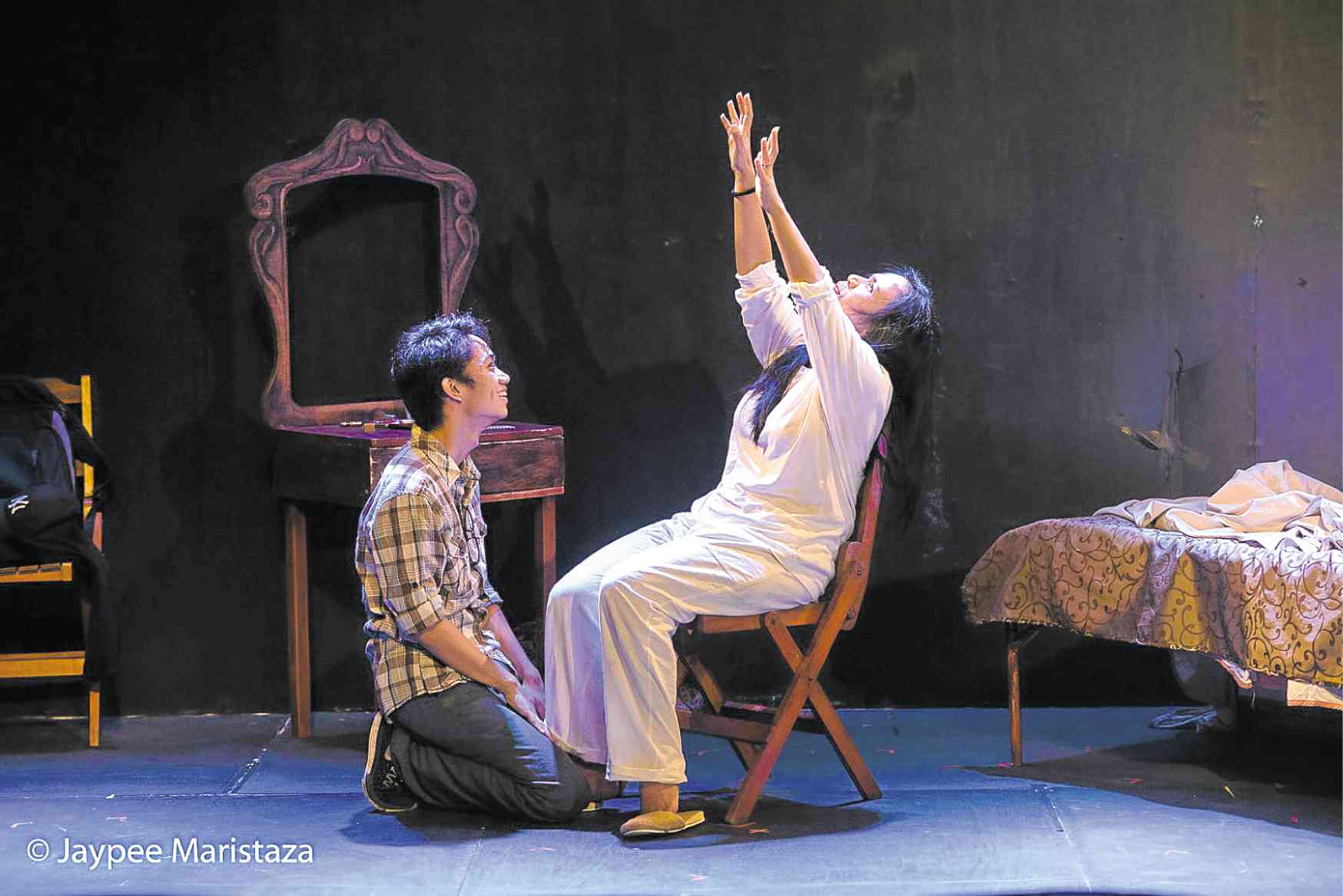 ‘Pista Rizalina’: Honoring a martial-law martyr with 9 plays on freedom and human rights

Chris Millado, Cultural Center of the Philippines (CCP) vice president and artistic director, was in grade school when martial law was declared. At the height of it, he joined the student movement at the University of the Philippines Diliman. Having been witness to the dark days of the Marcos dictatorship, he feels it is particularly imperative that millennials and the young generation do not fall victim to historical revisionism.

“The boiling point was the burial of Marcos remains at Libingan ng mga Bayani last year,” he says. “Parang tayong may historical amnesia—nakalimutan na ’yung buong struggle during martial law. It was alarming.”

As a playwright and director, Millado believes in the power of theater, film and the performing arts to move minds and hearts. To help memorialize the lessons of the country’s experience with tyranny, he has organized “Pista Rizalina: A Festival of Arts and Ideas,” which the CCP will hold on Sept. 8-24 at Tanghalang Huseng Batute (Studio Theater), Tanghalang Aurelio Tolentino (Little Theater), Bulwagang Manuel Conde (Dream Theater) and the Manila Film Center.

The festival is named after Rizalina Ilagan, a young activist arrested by the military in July 1977 who was never seen again, becoming one of that era’s hundreds of “desaparesidos” (disappeared). In memory of her and other victims of martial law, the festival features nine plays that touch on the struggle for freedom and basic human rights. 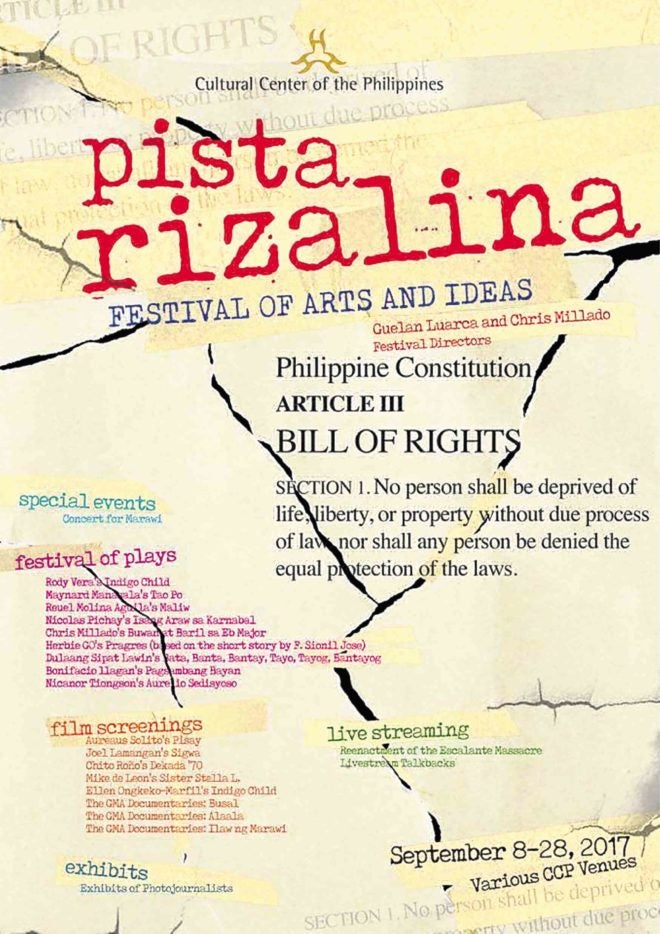 All these plays have been previously staged; the one new work is Maynard Manansala’s one-woman monologue play “Tao Po”—to be performed by Mae Paner aka Juana Change—which touches on the wave of extrajudicial killings happening under the current dispensation. 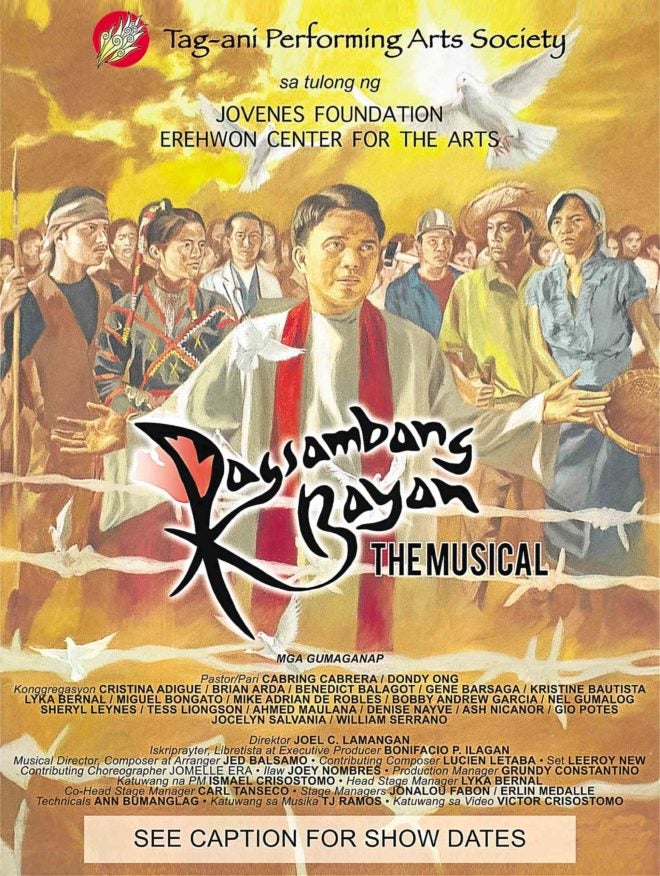 Millado also grew up in the sugarcane-producing city of Victorias in Negros Occidental, an hour’s drive away from the city of Escalante. On Sept. 20, 1985, a day before the 13th anniversary of the declaration of martial law, a protest rally by sugar workers and the religious sector held at the town plaza was attacked by para-military government forces, resulting in hundreds wounded and about two dozens of people dead.

“Last year, instead of holding a big gala at the CCP to commemorate the anniversary of martial law, we brought a performance at Escalante,” said Millado. “We performed for the sugar workers, the children of those who perished during the martial law regime and at the Escalante Massacre.”

At the town plaza where the massacre took place, members of the local theater guild had performances with Joey Ayala, Cookie Chua and Lolita Carbon, among others.

This year, on the eve of the anniversary of the Escalante Massacre, a community reenactment of the event, to be mounted by the Escalante community and the Negros Theater League, will be live streamed.

“Pista Rizalina” is not strictly theater; there’s also a film component, and next year, Millado says it could include a visual arts section celebrating gender sensitivity, to be followed perhaps by a music festival celebrating diversity.

“It may vary every year, but what’s important is that this is a platform for art that engages with ideas—art that deals with issues.”  —CONTRIBUTED