Bart Guingona on preparing for a role: ‘Like preparing to jump off a precipice’ | Lifestyle.INQ ❮ ❯ 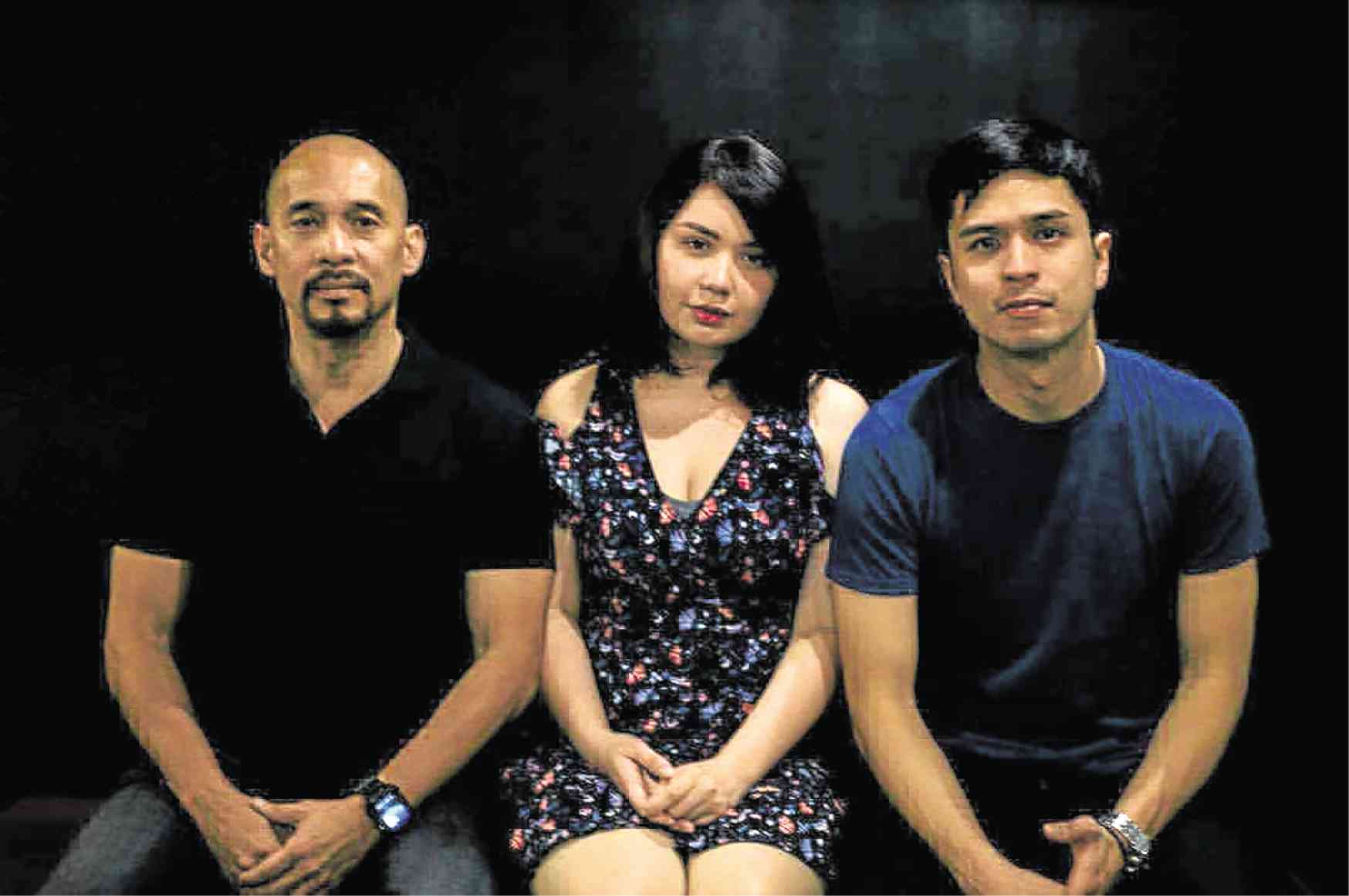 Bart Guingona on preparing for a role: ‘Like preparing to jump off a precipice’

How to get the much-lauded veteran actor-director Bart Guingona out of his comfort zone and further challenge him as actor?

That, says Topper Fabregas, is one of his main goals as director of The Necessary Theatre’s latest production, David Harrower’s “Blackbird,” which opened last night (Friday, Sept. 1), at the Carlos P. Romulo Auditorium in RCBC Plaza and runs until Sept. 10.

“He has directed himself a lot in the past, so having another set of eyes would help him veer away from what he’s been doing,” says Fabregas.

But it’s also the same case for the young director. “Though I directed a one-act play (“Ang Bata Sa Bus”) at the recent Virgin Labfest, this is my first time to direct a full production outside Red Turnip,” says Fabregas, referring to the theater company he cofounded where he has directed “Rabbit Hole,” “This Is Our Youth” and “Tribes.”

Guingona and Fabregas acted together in The Necessary Theatre’s “The Normal Heart” in 2015, which Guingona also directed. The reversal of roles this time was pre-planned. “Bart invited me to direct ‘Blackbird’ last year after he saw ‘Tribes,’ so we can say this project has been conceptualized since last year,” says Fabregas.

In “Blackbird,” which won the 2007 Laurence Olivier Award for Best New Play, Guingona plays Ray, a 55-year-old former sex offender confronted by a past victim, 27-year-old Una, played by Mikkie Bradshaw-Volante. Their inappropriate relationship happened 15 years ago, when Ray was 40 and Una was 12 years old.

It’s also a first of sorts for Bradshaw-Volante—“her first time to do a straight play because in the past, it’s been all musicals for her,” says Fabregas.

“This is the first time we’re working together and I can say Mikkie is amazing,” he adds. “If you’re acting with someone like Bart in a play with only two actors and that runs for more than an hour and half without intermission, you got to hold your own, and she nails it. You simply don’t know where she’s gonna go.” 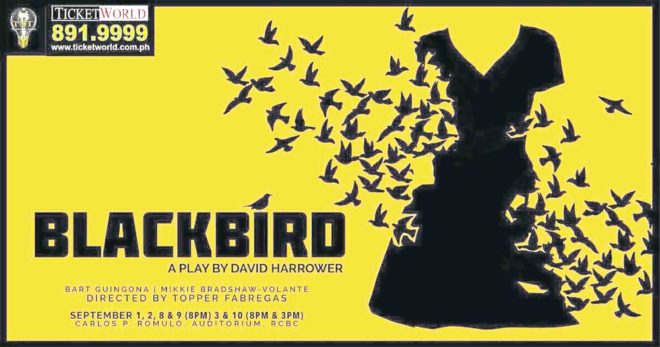 How does Guingona prepare for a role like Ray?

“I think. A lot. I study the script critically. I use the rehearsals to explore rather than repeat and etch in,” he says.

“Preparing for a role is like preparing to jump off a precipice. You need to prepare for it mentally and, yes, physically, because one miscalculation can spell the difference between life and death. Research, discussion and rumination are also sacred theatrical tools. There are many other technical tools one has to include in one’s artistic arsenal, relating, for example, to tension, consciousness and confidence.”

And—“I love working with other directors because I get exposed to new and refreshing styles. Topper, for example, is a very specific director, something which I am not. I tend to keep taking a step back to look at the larger picture, while he tends to hammer out blocking specifics. I’d like to think that I’m more of a textual rather than a visual director, and Topper is probably more of the latter.”

The confrontation between an older male character and younger female victim isn’t that new to Guingona. More than a decade ago, he played John in David Mamet’s two-character powerful play “Oleanna,” opposite Lara Fabregas.

“I do remember John! A hapless university professor trying to break into business and whose tragedy was to have taken for granted the patriarchal hierarchies of a system that ends up kicking him in the butt. Many folks misunderstood that play and thought it was the battle of the sexes being played out. But Mamet was less interested in gender analysis as he was in power structures. In ‘Blackbird,’ these same themes are examined again, although with more sexual overtones.”

Incidentally, the name David seems to have a cosmic connection with Guingona. He has directed David Ives’ “Venus in Fur.” One of his favorite plays, staged by Actor’s Actors Inc., was David Rabe’s dark comedy “Hurlyburly,” in which he was actor and director. He’s also done the one-actor David Hare play, “Via Dolorosa.”

“Yes, there must be some cosmic thing going on with David! WTF is up with that?!” he says, chuckling.  —CONTRIBUTED