What every Marvel fan should know from Hall M | Lifestyle.INQ ❮ ❯ 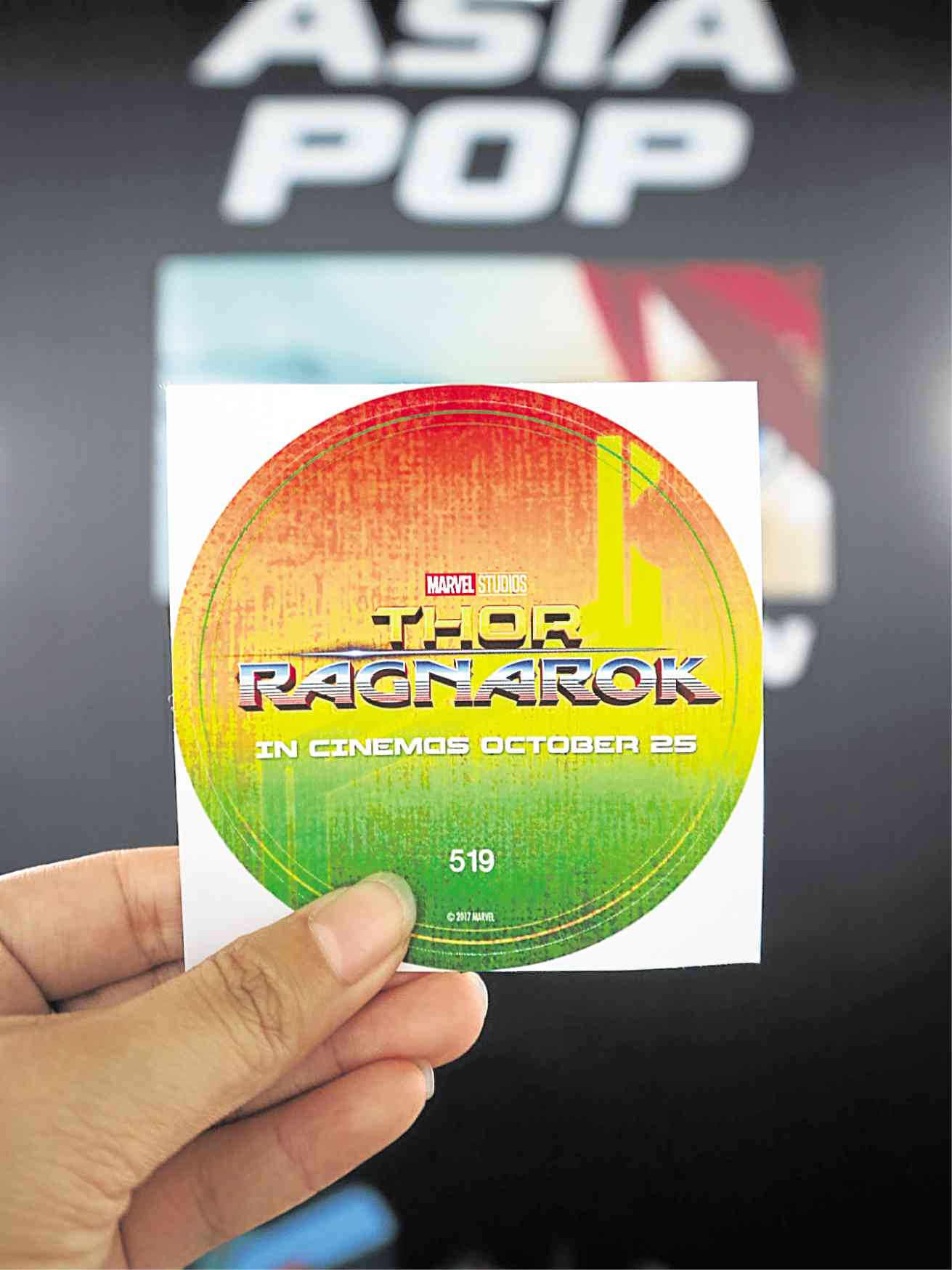 What every Marvel fan should know from Hall M

When Super lined up to be one of the 1,000 attendees of the exclusive Marvel viewing party at AsiaPOP Comicon’s Hall M last year, we were given “Doctor Strange” stickers. The Manila crowd was then treated to a sweet introduction of Benedict Cumberbatch as the Sorcerer Supreme.

However, not much was revealed about this year’s superhero attraction before the comicon weekend came. There was no word about which clips would be shown and local fans could only hope for even bigger news as the Marvel Cinematic Universe (MCU) inches closer toward the end of its “Phase 3.”

When we finally got our hands on our Hall M passes in the form of “Thor: Ragnarok” stickers, it gave us the answer we were looking for: The third movie of the Asgardian series is this year’s superstar.

Hall M showed us Thor being transported to the planet of Sakaar, where he was later sold as a gladiator for the Grandmaster’s Contest of Champions. At this point, the thunder god had been defeated and banished from an invaded Asgard realm, and his precious hammer was destroyed.

The upcoming movie, set to premier by November, is Thor’s odyssey of reclaiming his title as the thunder god. In “Ragnarok,” Loki is finally his ally and fans also get to see a bulk of Hulk-smashing moves from Bruce Banner, who was revealed to have been off the grid for the past two years.

“I don’t hang out with the Avengers anymore,” Thor said. “They’ve become too corporate,” he told The Hulk before they were made to battle. It honestly looks like the most epic and humorous Thor movie to ever hit the cinemas.

“Ant-Man” actors Paul Rudd and Michael Peña also did a recap of the last 15 MCU movies for the audience—or at least, that’s what we thought.

They poked fun at the Marvel superheroes, describing the Avengers as regular moviegoers probably would. Thor is the “guy who loves his body,” while Vision is the “(Paul) Bettany robot who could lift Thor’s hammer.”

The duo kept showing Robert Downey Jr.’s ’90s portrait when referring to Tony Stark, and even danced like Tom Hiddleston after flashing a clip of the actor prancing in South Korea.

Fans let out their loudest cheers at the end of the hilarious clip. “That’s basically all you need to know as you play Janet van Dyne,” the duo told Michelle Pfeiffer, who is set to take on the role of Marvel lore’s original Wasp.

For now, we could only theorize and hope that with the latest tech available in “Ant-Man,” its follow-up film could include a mission to save Hank Pym’s long-lost wife.

From the world of Netflix, “The Punisher” is the best show they’ve created to date, if Marvel Studios’ producers would say so themselves. It’s going to be the most brutal action series that you’ll ever put on your streaming list.

The most cinematic Spider-Man video game is also coming your way this 2018. Trust us, its graphics is a visual treat that’s good enough to be an animated movie on its own! Spider-Man’s acrobatic moves and fighting combos would make its comics counterpart very proud.

There would also be a bunch of merchandise available exclusively in the Philippines. There’s a phone with a Marvel-theme operating system! A Lexus car exactly like Black Panther’s! There’s basically every possible collectible that you can think of, and we’re so ready to break the bank!