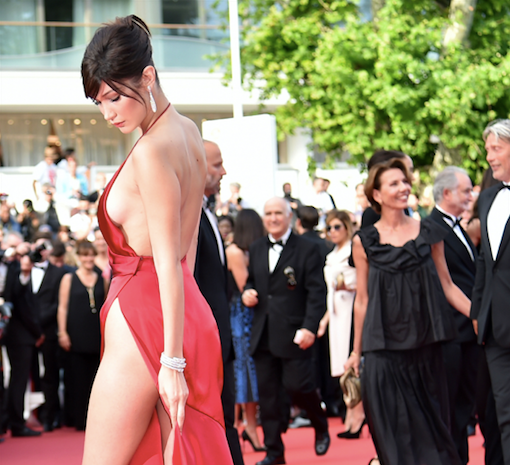 Vogue China, Vogue Arabia, Vogue Australia, Vogue Brazil and Vogue Spain: Bella Hadid will be on the covers of no fewer than five international editions of Vogue in September 2017.

The American darling of brands and designers has broken a record set by Doutzen Kroes, who, in September 2013, became the first ever top model to feature on the covers of four international editions of Vogue in the space of a month (Vogue China, Vogue Netherlands, Vogue Spain and Vogue Italy).

Setting a new record for appearing on the greatest number of Vogue covers in a month, 20-year-old Bella Hadid has plenty of time in which to rival records set by other supermodels, notably the one set by the most prolific Vogue cover girl Kate Moss.

In any case, Bella Hadid will go down in history for her five covers in the month of September, which, let’s not forget is the most important and influential edition of the year.

It’s time to take stock of the career of the model who appears destined for incredible success, whether it be in terms of runway shows, advertising contracts, magazines, and even popularity itself, with her 14.6 million Instagram followers. JB