After 32 years, MSO is back in Iloilo | Inquirer Lifestyle 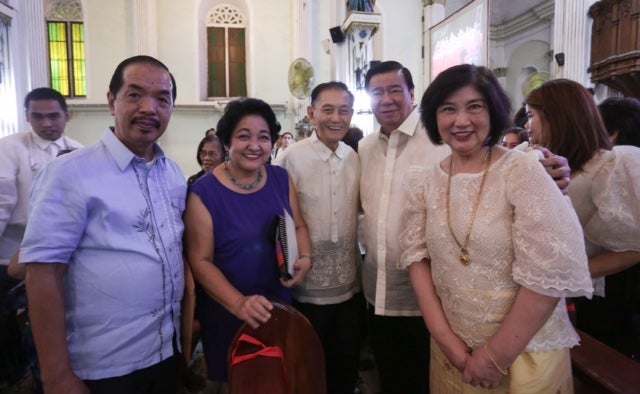 After 32 years, MSO is back in Iloilo

The Manila Symphony Orchestra (MSO)—whose last show in Iloilo was in 1985—made a dramatic comeback Aug. 25 in the same province, for an evening of Bach and Beatles with conductor Arturo Molina.

The venue was the historic Molo Church, constructed in 1831 and which José Rizal visited on Aug. 4, 1886, on his way to back to Manila from Dapitan.

It marked the first time a symphony orchestra was heard in Molo Church.

Lending nostalgia to the concert was the presence of violinist Gilopez Kabayao, who conducted the MSO in its first Iloilo concert in 1985. With him was wife Corazon Pineda Kabayao, who was MSO soloist in the performance of a Liszt concerto that year.

Another Ilonggo member of the orchestra, Jeremiah Sosa, was soloist in the orchestral arrangement of the Beatles favorite “Yesterday.” He was only 3 years old when he watched the 1985 MSO performance.

Molo Church was a perfect setting for Bach’s well-received pieces like “Sleepers Wake” (from Cantata No. 148), “Jesu, Joy of Man’s Desiring,” “Sheep May Safely Graze.”

Thoroughly inspired was the reading of “Concerto for Two Violins in D Minor” with excellent soloists Noreen Ann Yambao and Danielle Caballero.

It was capped by “Orchestra Suite No. 1 in B Minor (Minuet and Badinerie)” with flutist Francisco Candelaria.

Also present in the concert was Iloilo City Mayor Patrick Mabilog, who was happy with the big audience turnout.

MSO capped its Iloilo engagement with another program of movie soundtrack and symphonies at the Iloilo Convention Center.

The two concert saw the debut of Senator Drilon as impresario in his private capacity.

“I did not spend government funds for this concert,” he stressed. “Fortunately I got the full cooperation of Iloilo businessmen led by hotel-chain owner Alfonso Tan. Everybody worked hard to make these concerts happen.” —CONTRIBUTED