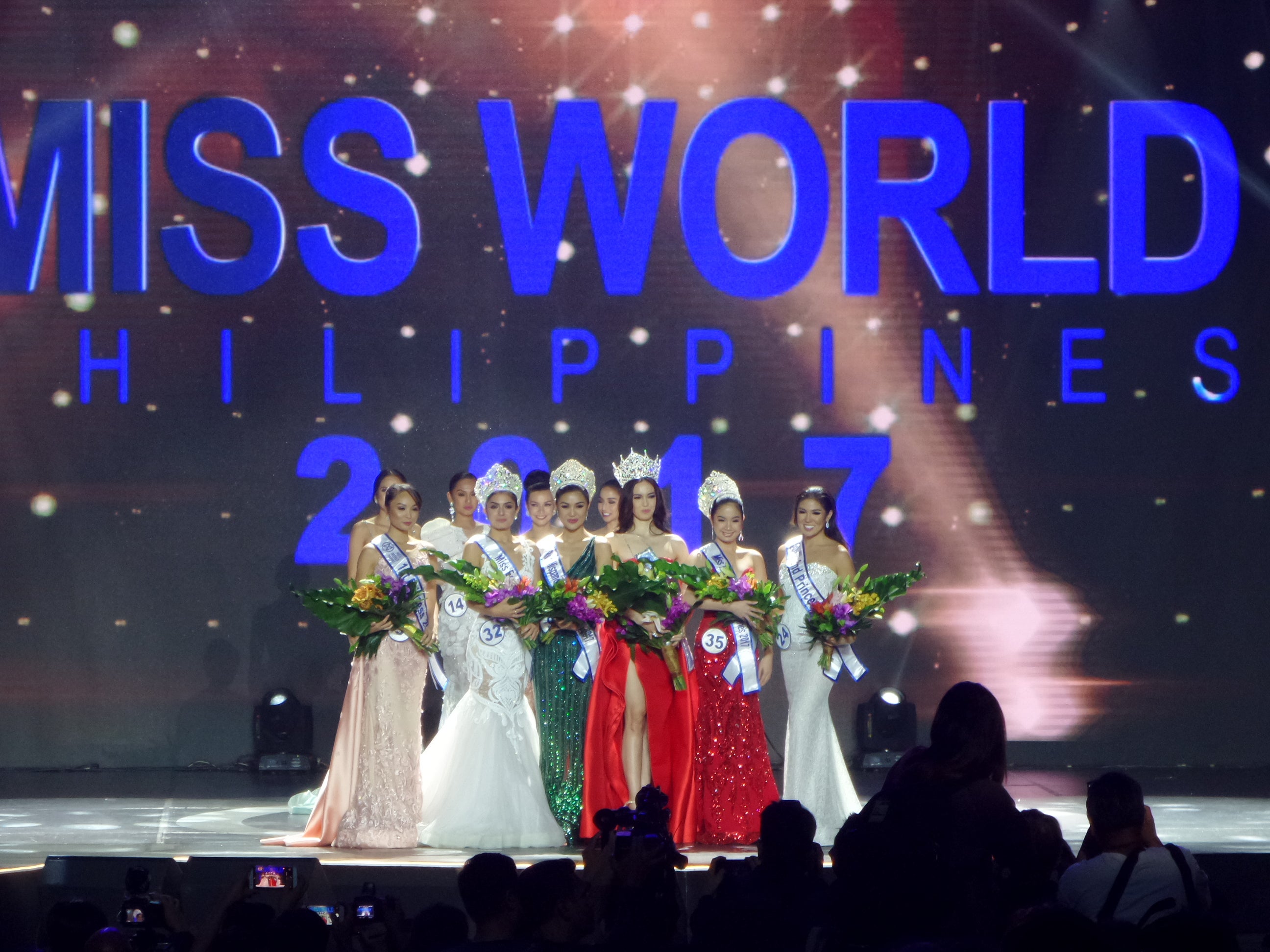 Laura Lehmann, a TV host who was once a national softball player, scored a home run on Sunday night.

Lehmann, 24, born to an American father and a Filipino mother, bested 34 other aspirants in the 2017 Miss World Philippines pageant’s coronation ceremonies at Mall of Asia Arena in Pasay City.

She is no stranger to winning crowns, having emerged first runner-up in the 2014 Binibining Pilipinas.

During her reign, Lehmann vowed to prove that beauty queens have good heads and hearts, too.

‘Beauty With A Purpose’

“I plan to use my crown in the best way that I can. With the crown, you have a voice, you have a platform, and I hope I can use that to raise awareness for our ‘Beauty With A Purpose’ projects, just to show people that beauty queens are not only about looking good,” she told the Inquirer after her coronation.

“We also have a mind, we speak and we’re very, very proud to be Filipina. I think that’s my main point,” she added.

During the question-and-answer portion of the pageant, the TV host was asked what she would tell people who did not believe that pageants provided the opportunity to empower women.

“They’re helping represent the Philippines and become the best version of the Filipina. And for me, that’s something only to celebrate and not protest,” she added.

Lehmann also topped the Multimedia challenge, which guaranteed her spot in the semifinals, and received the Miss Cosmo Skin and Miss BYS awards.

Her mother, Candy, who raised her alone in the Philippines, was ecstatic about her victory. “I’m elated. Indescribable, the elation I feel. It’s unexpected,” she said.

Candy noted that her daughter had indeed come a long way. “Laura was a nerd in school; she’s a scholar, an academic scholar all her life. She was into sports,” her mother said.

Lehmann was a member of the national softball team that placed second in a world series in the United States. She later dabbled in modeling, hosted events and anchored a travel show for Lifestyle Network.

With her title, she will represent the Philippines in the 67th edition of the Miss World pageant in China in November.

Heavy favorite Cynthia Thomalla received the Miss Eco Philippines crown and will represent the Philippines in the fourth Miss Eco International contest in Egypt in April 2018.