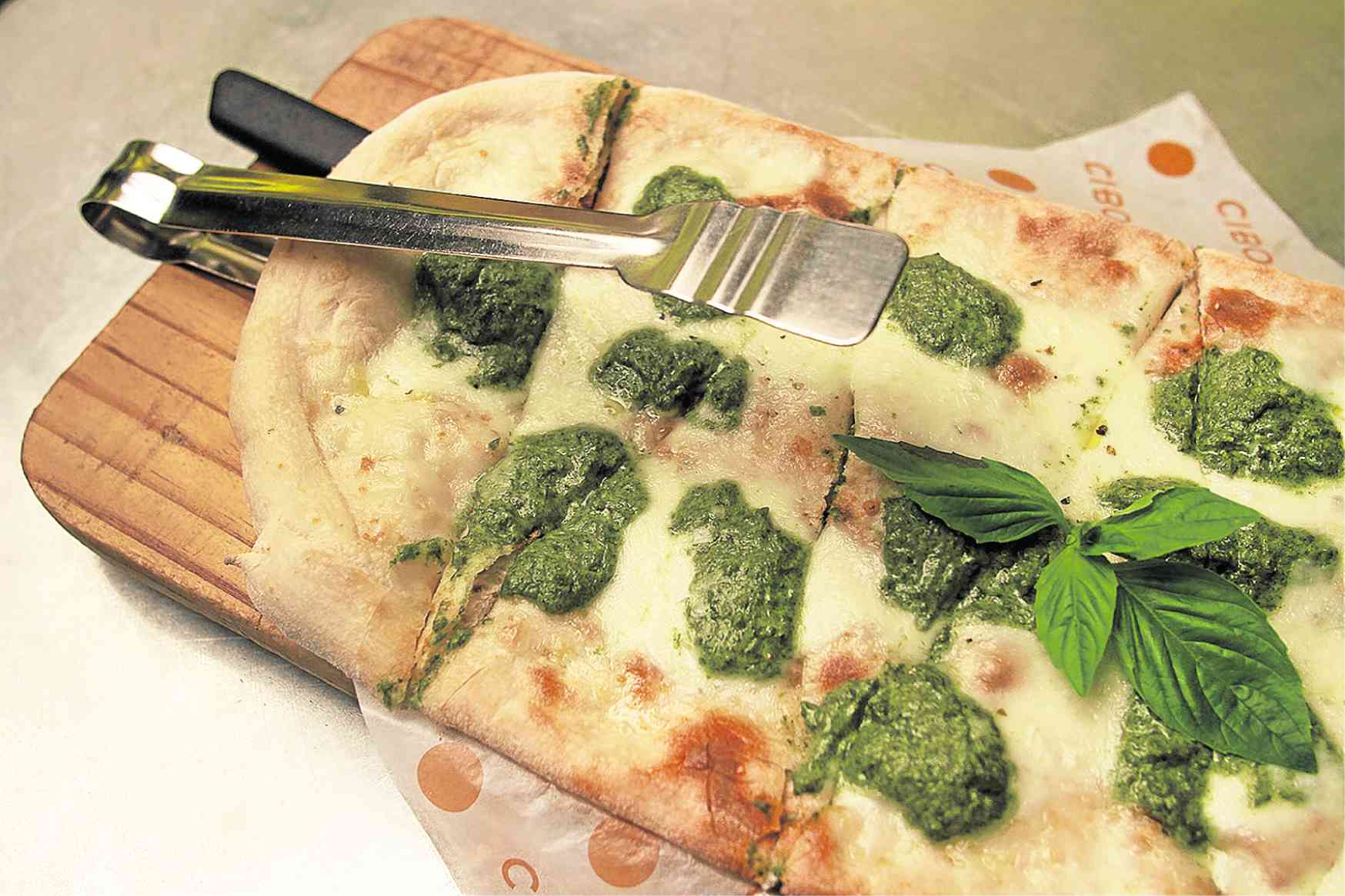 For two decades, Cibo’s signature Penne al Telefono has captured the palate of the Pinoy diner. The dish starts with the tartness of freshly made organic tomato sauce. The taste blossoms with sweet and silky mozzarella and thick cream, the mild spike of pepper and chili flakes, and nutmeg and aromatic basil. The taste sensation ends with the sharpness of parmigiano.

“It’s a great example of comfort food,” says Margarita Forés, chef patron of the Cibo restaurant chain. “The Penne al Telefono marries the best of tomato-based pasta with the richness of cream and cheese, all of which Filipinos like. It also best represents modern Italian cuisine which Cibo introduced to the market.”

Forés shook up the dining scene when she opened Cibo in Glorietta in 1997. Back then, she was up against foreign franchises, among them an American-Italian chain.

She served pastas cooked al dente with a long piece of dense bread, and classic Bolognese or meat sauce without the sugar. She introduced fruit slushes in tall glasses, paninis, tiramisu with chocolate shards and fruity panna cotta. Her service and menu became the template for many restaurants.

As it celebrates its 20th anniversary this year, Cibo offers perks until Sept. 14. Pick from the list of 20 bestsellers and pair it with any of the five items which cost P20: Pomodoro Bruschetta, Crema di Zucca, Insalata del Sole, Spaghetti alla Margherita and Sardines on Focaccia. The Panna Cotta is P99 or half the price.

Forés will also roll out Cibo di Strada or Italian street food menu to its 12 outlets. When the street food was launched at SM Aura, diners snapped up the Panino Porchetta, slow-cooked pig served between slices of grilled bread. The sandwich is stuffed with peppery arugula and adorned with a sprig of rosemary.

“We roast the pork which is flavored the way it’s done in Rome with fennel seeds, garlic and black pepper. The skin is not crispy. In Italy, pork is not about skin but meat,” she explains.

Forés also cites the new Cibo pizza with classic spinach dip as the latest hit. The variant was developed by her son Amado who grew up in her restaurant business. The pizza is loved for its crisp but chewy crust, enriched with four kinds of cheeses (gorgonzola, mozzarella, parmigiano and fontina) and enhanced by the spinach dip.

Pizza frittata or fried pizza is an Italian version of the empanada. The crunchy crust folds over the traditional combination of melted mozzarella, tomato and basil.

For the aperitivo, the Italian tradition of a light meal at the end of a workday, she recommends pairing beer with risotto balls or fried spheres of arborio rice filled with cheese, ground beef Bolognese or porcini and gorgonzola; fritto misto or breaded shrimps, squids and vegetables; and arrosticini or grilled beef on skewers.

Forés attributes Cibo’s success to the uncompromising quality of the food, consistency of quality, and warm and efficient staff.

“We built a culture where the staff could help me express what I wanted to share with the market,” she says. “We want to give a total experience and make the people feel that Cibo is their second home.”

Cibo opened doors of opportunities for her. A leading proponent of farm-to-table cuisine, Forés cites that 85 percent of the ingredients used are organically grown. She works with purveyors who don’t use chemicals for plants or inject animals with hormones.

“When you use organic ingredients, the food will cost more. In the end, I always feel the bottom line isn’t about what you can measure but the goodwill and grace from doing business with a lot more conscience,” she says.

Forés, who started out with private catering, says Cibo became the vehicle for her to reach a wider market and a springboard for a full catering service, her health food delivery, and Fiori di M floral company.

Her drive to promote authentic Italian food also made her rediscover heritage cooking and appreciate local ingredients. Forés became known for her imaginative use of local products to come up with dishes like spinach ravioli with Negros crab in a calamansi cream sauce drizzled with taba ng talangka.

She has since been a resource person for Filipino cuisine and represents the country in international food fairs and special events. This month, Forés will give a talk at Harvard School of Science about the science of the balut or duck egg.

Her reputation for quality and authenticity, combined with business sense, earned her the award for Asia’s Best Female Chef in 2016.

She says the award caps “30 years of work not just in the restaurant scene but also in what I feel strongly about, which is elevating Filipino ingredients that are among the best in the world.”

Over a late lunch, Forés munches on her favorite sandwich Agnello Stuffata, stewed lamb wrapped around a thin panino arabo or Italian unleavened flatbread, with pine nuts, alfalfa and tomato. Between bites, she says: “I put it on the menu to offer new protein that’s not just beef or pork. It has fewer carbs. If I talk about it, more people will appreciate it.” —CONTRIBUTED