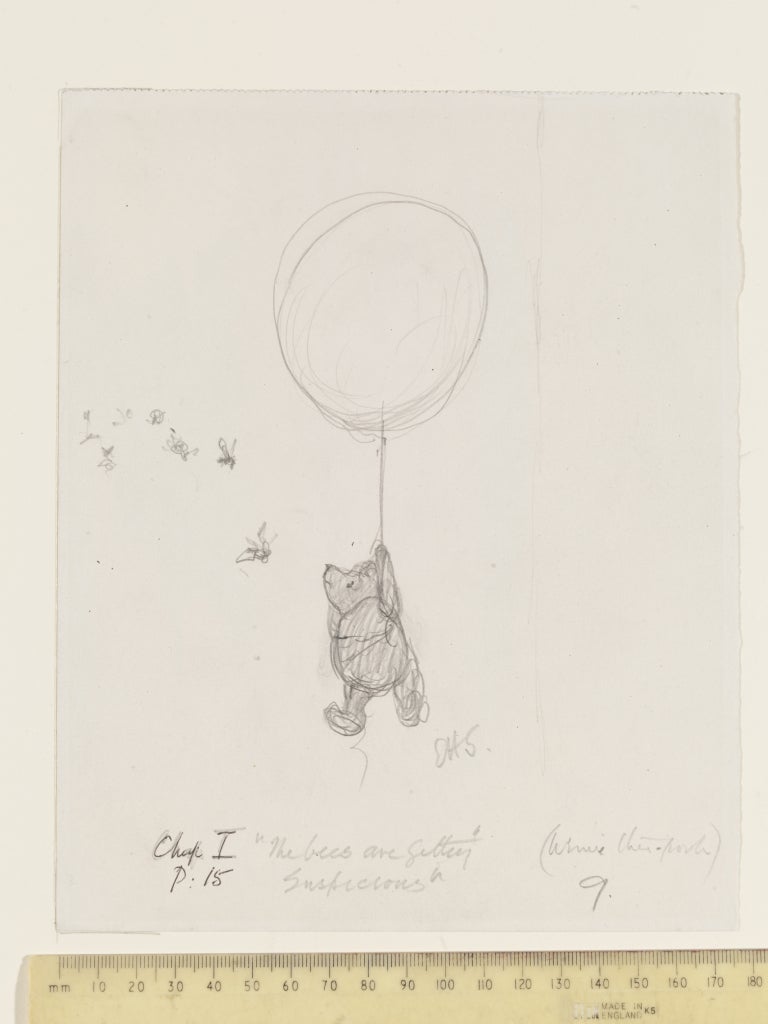 World of Winnie-the-Pooh subject of family exhibition in London

The United Kingdom’s largest-ever exhibition on Winnie-the-Pooh and the real-world inspirations behind the beloved children’s books is set to open at the V&A in London this December.

“Winnie-the-Pooh: Exploring a Classic” sets out to shed new light on the creative collaboration between author A.A. Milne and illustrator E.H. Shepard, both bringing an understated humor to their work and creating a world “representing friendship, simple joys and the curious yet gentle nature of a child’s imagination.”

The show promises to be a multi-sensory exhibition, with highlights including original pen-and-ink drawings, manuscripts and a Christopher Robin nursery tea set presented to Queen Elizabeth in 1928. Also featured will be Shepard’s first Winnie-the-Pooh character portraits, which he made by copying Milne’s son Christopher’s real toys.

A large-scale, immersive family section of the show will reimagine scenes from famous stories, including Poohsticks Bridge, the Bee Tree and Eeyore’s house, with various interactive elements to for kids. Young visitors will also be invited to experiment with art and world play, inspired by Milne’s storytelling and Shepard’s art.

The museum also plans to offer homemade honey from its rooftops in South Kensington, according to V&A director Tristram Hunt, who notes that the exhibition is the museum’s first geared specifically toward younger families.

WATCH: ‘Winnie the Pooh’ trailer gives glimpse into real-life inspiration behind a classic