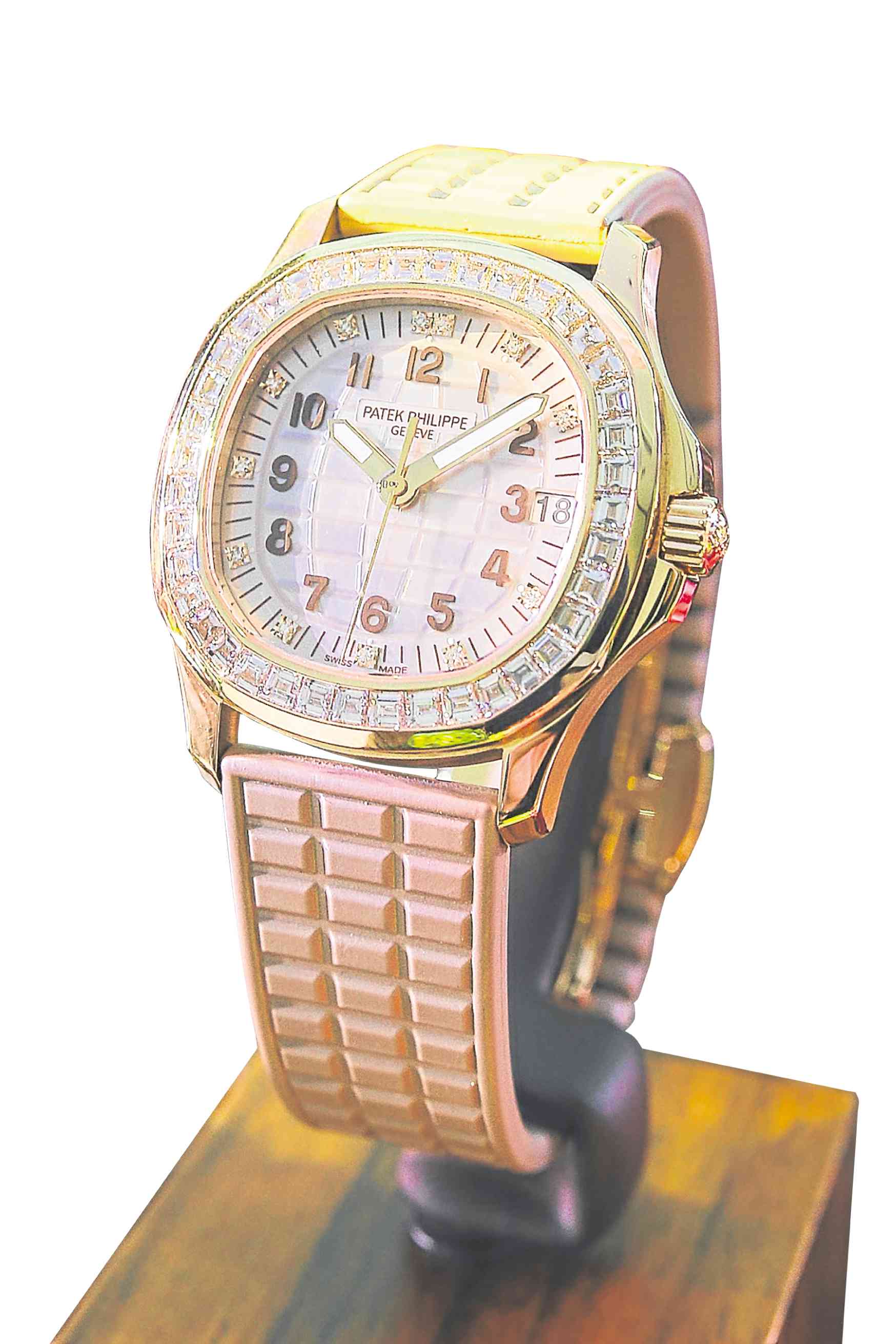 Why Patek Philippe would never create a ‘blingy’ watch

If a Patek Philippe ladies’ watch were a real woman, she would probably be amused by her trendy, fashion-conscious sisters who go to town displaying their latest runway finds.

She would rather stay in a quiet corner, not really making eye contact, but attracting those with a keen eye for beauty and classic style.

Sandrine Stern, head of Patek Philippe’s creative team, calls it a “subtle shimmer.” She maintains they will never create a “blingy” watch. It is simply not in the 178-year-old company’s DNA.

Truth be told, it’s “far more difficult to create something pleasing to the eye but with simple timeless quality,” she added.

Deepa Chatrath, Patek Philippe general manager for Southeast Asia, proved this recently when she met with lifestyle journalists to present a selection from the company’s 200 ladies’ watch models from eight different families or design lines.

The rose gold Aquanaut, with its distinctive diamond-studded case and hypoallergenic high-tech composite white strap, has a self-winding mechanical movement, while the water resistant, white gold Nautilus recalls the shape of a ship’s porthole.

Chatrath was wearing a yellow gold Twenty-4, another Patek Philippe classic, that she adores as it “goes with everything but is not an attention-grabber. You can wear it with jeans but it’s fancy enough for dinner out.”

Among the complications, the Diamond Ribbon Moonphase beckoned with its 273 graduated diamonds set in a spiral in its bezel and case, while the Annual Calendar always indicates the correct date each month (and needs to be adjusted only on March 1).

Then there was Patek Philippe’s latest stunner—the World Time Chronograph that simultaneously displays the time around the globe’s 24 zones. Called the Reference 7130, the quietly elegant timepiece was launched in 2011.

Chatrath noted that other luxury watches have never done a women’s series. However, Patek Philippe asserts that “women are not an afterthought,” she said.

Chatrath added that while watches will not replace a woman’s love for jewelry, Patek Philippe ladies’ watches stand out because of the skill and knowledge that come with each piece.

Established in 1839, Patek Philippe is considered the last and oldest independent family-owned watch manufacturer in the world. Its timepieces are known for superior precision, dependability, functionality, aesthetics, style and finissage. (Its classic advertising line goes: “You never really own a Patek Philippe, you only look after it for the next generation.”)

Any self-respecting watch collector would not consider his or her stash complete without a Patek Philippe, as these lovelies are regarded as “the benchmark of haute horologie.”

Stern pointed out that all Patek Philippe watches are hand-finished, finely detailed and do not adhere to fashion trends. (Slowly coming to an end at the moment is the reign of bulky watches made by other companies.)

She also asserted that Patek Philippe has “a very strong women’s collection” that is not simply based on the company’s men’s watches.

“We do not design for a specific moment but for the future,” Stern explained.