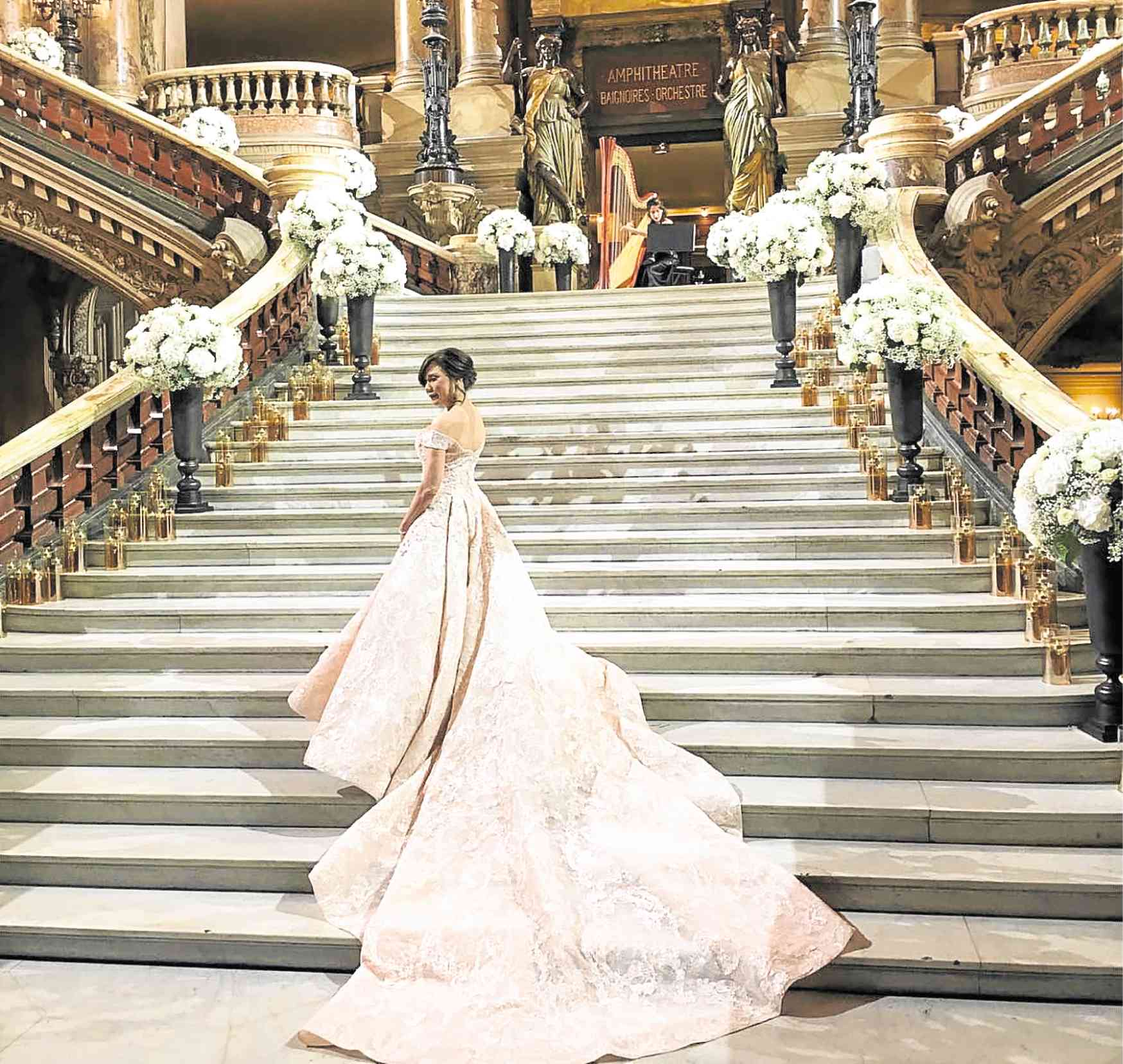 When hardly anybody dared break the black-and-white dress code

The elaborate invite said to come in black and white, and impressively, the guests did, including the babies.

That feat of Filipino style decorum (we ignore dress codes the way we ignore traffic lights) was the sidelight to the Hayden Kho-Vicki Belo wedding in Paris last Sept. 2—the wedding of the year, arguably.

Whether done on purpose or not, the black-and-white dress code made the bride stand out in her blush pink Michael Cinco wedding ball gown. (See related story.)

The Christian rites were held at the American Church in Paris, its austere architecture and monastic simplicity a beautiful contrast to the bride’s feminine fashion.

The reception that followed the 5 p.m. rites was held at Palais Garnier (more popularly known to tourists as the Paris Opera House), the Paris landmark built in 1861, an amalgamation of architectures through the centuries, from Baroque to Beaux-Arts to the Second Empire. (See “Hayden, Vicki marry in emotion-filled rites,” Inquirer Lifestyle, 09/04/17.)

The grand venue, which was kept secret until the wedding day itself, called for drop-dead-glam long dresses and black tie. The women came in either full black, white, or black and white.

The rich architecture—from the sweeping stairway to the frescoed ceilings, gilded halls—was a perfect backdrop to the equally rich long dresses or ball gowns with sweeping hemlines.

The “It Girls” Isabelle Daza Semblat, Georgina Wilson Burnand, and Jessica Wilson made a tableau in their all-white ball gowns and column (in the case of Jessica). At the ornate reception hall, Lovi Poe, in a dramatic black ball gown, completed the tableau that seemed straight out of a Charles James fashion spread.

Lucy Torres Gomez, as expected, was radiant in a white Randy Ortiz, and so was daughter Juliana. HK style icon Bonnae Gokson was also in white.

Apart from these fashion-forward women, most of the ladies were in dramatic black.

There were a few blinding eye-poppers: Gokson’s multistone neckpiece, Alice Eduardo’s diamond necklace, Small Laude’s gold necklace that ran down to her waist, and Babette Aquino Benoit’s huge diamond studs were those we remember.