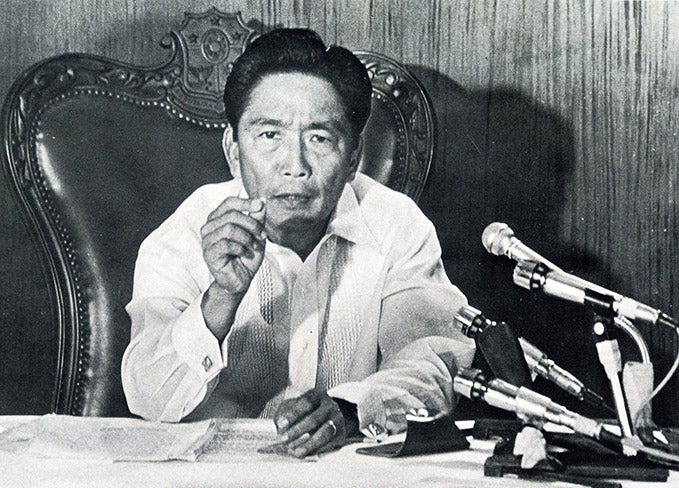 Your mantra for the week: “I am blessed because I am a blessing.”

Two years ago, I published the Lord’s Prayer, which was translated directly from Jesus of Nazareth’s native tongue Aramaic to English. This, by the way, was the only prayer Jesus ever taught.

The first line, “O cosmic Birther of all radiance and vibration,” shows that Jesus was most aware of what scientists today have discovered—the universe is made of energy and all that exists in the universe, known and unknown, visible and invisible, are all manifestations of the Cosmic Birther.

This version of the Lord’s Prayer shows emphatically that God is not a human being or a being of any other, and can be more clearly understood as God being Beingness itself. That is how we are made—in Its image and likeness.

IAMISM agrees with the scientists and Jesus that all is radiance and vibration, like everything that exists in the universe, which can also be called God-substance.

From this point of view, you and I are made of energy and what determines the quality of our lives is how we use this so-called energy and radiance that can be observed through our auras.

Wherever you are in your life now, whether you consider it positive or negative, all come from your use of the energy that you are. This energy can be used positively or negatively: “Choose ye today, God or mammon.”

Tomorrow, Sept. 11, is the 16th anniversary of America’s 9/11. It is a morbid reminder of the more terrorizing Philippine version—Ferdinand E. Marcos who was born Sept. 11, 1917.

He first came to the public eye when he was convicted in 1939 for murdering Julio Nalundasan. The conviction was reversed in 1940 by the Supreme Court.

No one ever suspected that he would become President in 1965, a time when the Philippines’ external debt was a mere $277.7 million.

On top of these, he has reputedly stashed $10 billion in ill-gotten wealth and even made it to the Guinness Book of Records as the “Greatest Robber of a Government.”

The first time 9-1-1 was used as an emergency number was in 1968. At the time, Marcos was almost at the end of his first term and was already planning how he would declare martial law, according to one of his closest confidantes.

Have you ever wondered why AT&T chose 9-1-1 as America’s emergency numbers? Did they unconsciously know that the terrorists would use the equivalent date in numbers to create the biggest emergency ever, and that the US government, which was supporting Marcos, was on the way to creating the Philippines’ greatest “terrorist”—with 70,000 human rights violations through imprisonment, torturing 34,000 and killing 3,340?

Today he is buried in a cemetery for heroes—as permitted by nine justices of the Supreme Court of the Philippines.

For the first time, I was invited to the Ramon Magsaysay Award Foundation (RMAF) on its 59th year, although I met Jun Magsaysay when he was still part of the First Family and my father was writing speeches for his well-loved dad.

The Ramon Magsaysay Award is the most prestigious awards body in the country. Its awardees from Asia are truly sterling in their respective achievements.

This year, there were two recipients from the Philippines: Lilia de Lima for her 22-year leadership at the Philippine Economic Zone Authority (Peza) and the Philippine Educational Theater Association (Peta), a group that has empowered many communities through theater arts.

The rest of the awardees are Abdon Nababan from Indonesia, for giving a meaningful face and expression to Adat communities; Sri Lanka’s Gethsie Shanmugam, for “rebuilding lives from the psychosocial wounds of war and violence”; Japan’s Yoshiaki Ishizawa, for “restoring Cambodia’s treasured gift to world culture”; and Singapore’s Tony Tay, for “mobilizing collective goodwill to address hidden hunger.”

The guest of honor at the awards night was Vice President Leni Robredo, who, after receiving a standing ovation as she was introduced to the audience, delivered an uplifting speech.

Mila has kept her youthful looks so well so that you could mistake her for a sister of the brothers instead.

What made my evening was seeing and exchanging pleasantries with Ombudsman Conchita Carpio-Morales.

The performance—a tribute to the RMAF awardees, Southeast Asia’s Nobel Prize—impressed the guests.

I am introducing a component of this column, which I will call “CCTV”—inspired by the security camera footage from the Kian de los Santos murder. But my CCTV means Cocktail Circuit Tattle Voices.

Last Tuesday, Metrobank celebrated its 55th anniversary and people in the cocktail circuit have been asking whatever happened to the Marivic Lopez case.

From reliable sources, this scandal was the result of a failed money scheme with detergent applications. Surely, this could not have been a one-woman show with the enormity of the amounts involved, but then, who cares when we can “merrily roll along.”