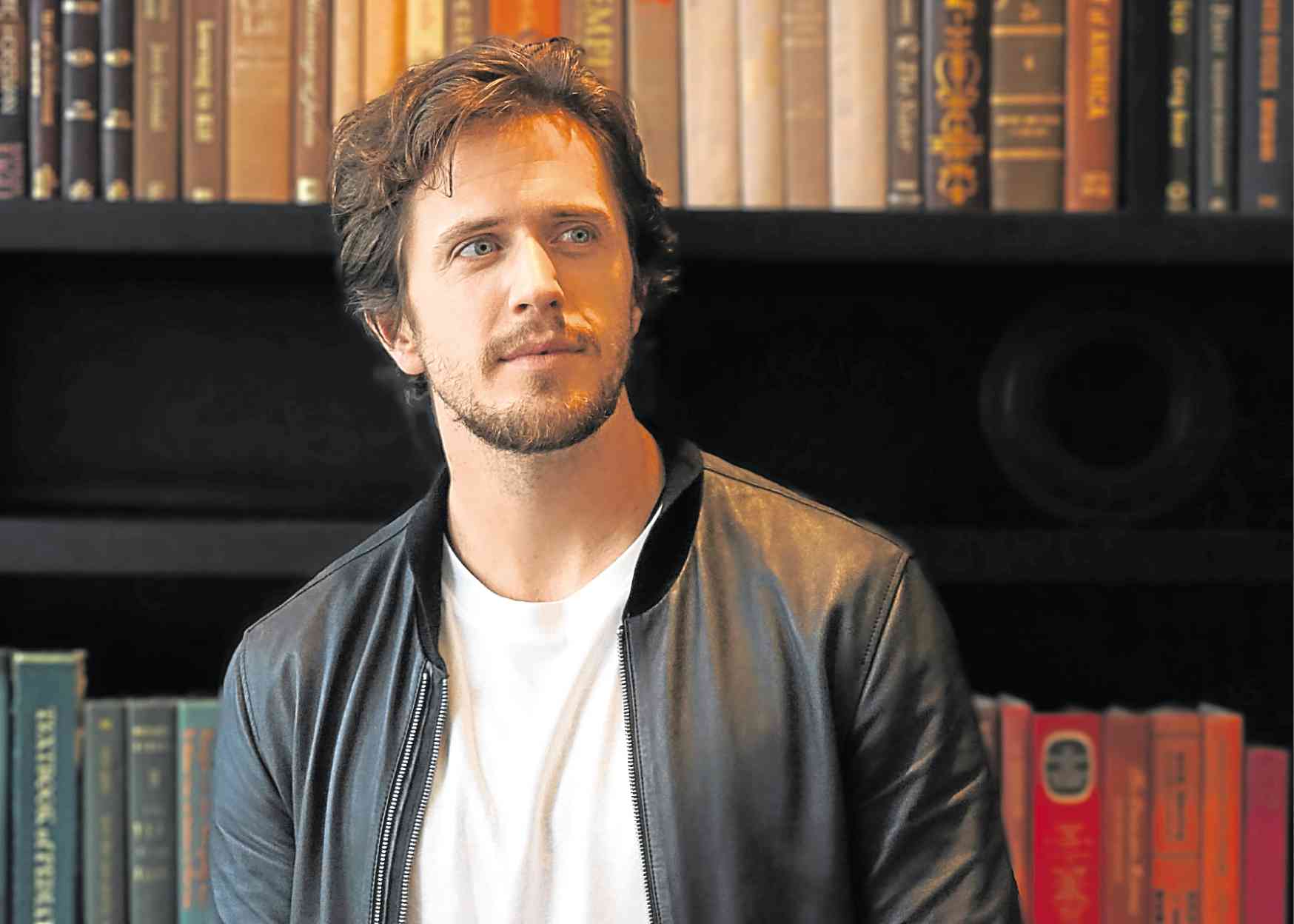 Clad in a white shirt, jeans and a black leather jacket; with a two-week old beard and mustache, barely groomed tendrils and pale blue eyes, Pierce Brown could easily be mistaken for a movie star taking time off the set. He may be celebrity, but of an entirely different kind.

At 26, he became a New York Times bestselling author with his first ever book to hit the stands, “Red Rising.” It was followed by two other books, “Golden Son” and “Morning Star.” The trilogy has garnered consecutive international bestseller recognition over the years. A comic book series, “Son of Ares,” follows this trilogy as a prequel to Brown’s upcoming book, “Iron Gold,” which is slated for release in January.

In between easing off jet lag and preparations for this year’s Philippine Readers and Writers Festival, the now 29-year-old bestselling author found time for an interview with Super. Like Darrow, the protagonist in his books, Brown spoke with the enthusiasm and passion of someone basking in his youth, but answered questions with the experience and wisdom of a man way beyond his years.

Aside from the fact that the story starts 10 years after, what sets “Iron Gold” apart from the “Red Rising” series?

I had three books with Darrow as the main protagonist. “Iron Gold” will have four protagonists, Darrow is one of them. What I wanted to explore is what happens in the vacuum after you defeat tyranny? What I want to show is the chaos that happens in the solar system afterwards. And so that means I have to look at it from different perspectives. 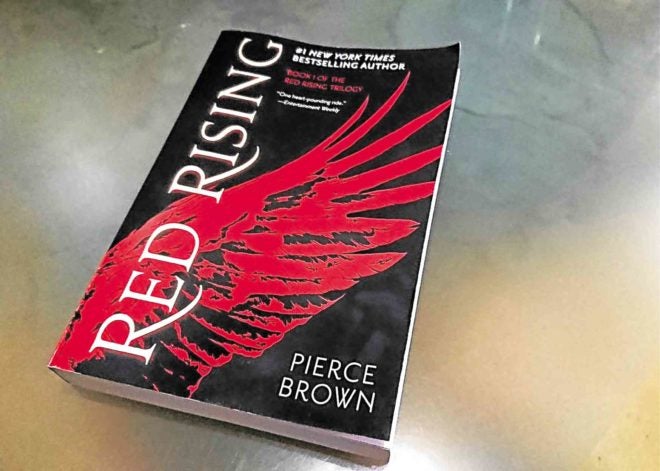 How much research goes into writing a science fiction novel?

The thing is that it has to have continuity. Less about accuracy because it’s 700 years into the future and I can just say a device exists. But there are certain things, research about Physics, about topography of a planet, so I think there is a substantial amount of research that goes into it every day I’m writing. You know, I have Wikipedia pulled up and I’m learning on the fly. Most of the research, however, came from researching mythology, researching history.

Is it safe to say that your characters and narratives are inspired by literature you’ve read?

Characters, not so much, but narrative, definitely. So the overall plot structure is often from things that happened in the past, not to a minute and molecular level, but on broad strokes. I often enjoy taking themes and structure from history while not copying it to the letter.

What do you think is the secret to writing a good book that sells?

How do you feel about comparisons drawn between your work and “The Hunger Games?”

“The Hunger Games” is a story about a corrupt government, and it’s about the struggle against it. In a way, being compared to it is a compliment because “The Hunger Games” got a lot of people to read, who didn’t used to be readers. So I look at my duty as an author to evolve from that comparison, to make sure the rest of my stuff stands on its own. It certainly does, because “Golden Son” and “Morning Star” aren’t compared to anything else. Because they are uniquely their own beasts.

You worked on a senatorial campaign before becoming a novelist. What brings you here?

I’m kind of a nut about political science. I love analyzing theories but what’s more important to me is the creation of worlds. So I love that I get to use things that I had in my past, experience in politics, study of political science, study of economics, and then apply it to the things I loved as a kid. It’s essentially me returning to the things that made me who I am.

You know how your parents said that you had kind of a light inside you when you were a kid? It’s me trying to capture that and then use all the experiences, the lessons, the understanding of people that I’ve learned as an adult. What I really want to do is to combine that childhood magic with my understanding of how the world works now. Political science helped in forming that.

Was there a particular event in your life that led to the decision to be a writer?

I think I always wanted to be a writer; I started writing books at 18. I was writing while I was doing the politics, while I was in school, doing everything else, until finally, I didn’t have to do the other stuff, because I finally was able to do what I love, the thing I’ve always wanted to do but I didn’t know if I could do it and be paid to think about wild things. I never thought I’d be paid to write about spaceships, you know? And now I am. And it frees me up from doing the other stuff which was me just trying to live a practical life.

Let’s play a word game. Pick the one that appeals the most to you.

Do you ever listen to music? What kind?

All the time. That’s how I come up with my characters. All over the spectrum, a lot of folk music. I love Monsters and Men, I love The Killers. I like a lot of indie music, a lot of soundtracks. I listen to postrock a lot like Mogwai. I love Sting. And a lot of times music helped form characters because I get this tonal quality from the music and that will help me write a character; help me visualize their path. And I think music is indelibly linked to how I think about stories. I think about them in tonal quality. And until I have the right song, I can’t write the right book. Yeah, I have to have the sense and feel of what that book is.

What is the most beautiful and rewarding thing about what you do?

When someone comes to me and says they read my book at a really difficult time in their life, that means a lot to me because books were kind of my refuge, my solace when I was younger. And the things I’ve gone through in my life are not nearly as troubling or as hard as what my readers are going through.

You see, that is what really affects me. Because that’s where you see that all the solace that I got from books when I was younger is something I can navigate to someone else. It meant so much to me when I was undergoing situations that weren’t nearly as tragic, and it just means everything to be able to give someone some sort of emotional support, and it also shows how books and stories can really transcend everything else.

Is there an ideal or perfect time to write a book? Is it ever too late to start writing?

No, never ever. The most successful novelists, like John Grisham, started it in his 40s, after his legal profession. There’s a lot who start it later in life. I feel as though the only time you can’t start a book is if you’re dead.

Think about it. The reason to start a book is because you have a story to tell. Is there any point in your life where you’re not gonna tell a cool story to your friend? No. So it’s never too late to start.