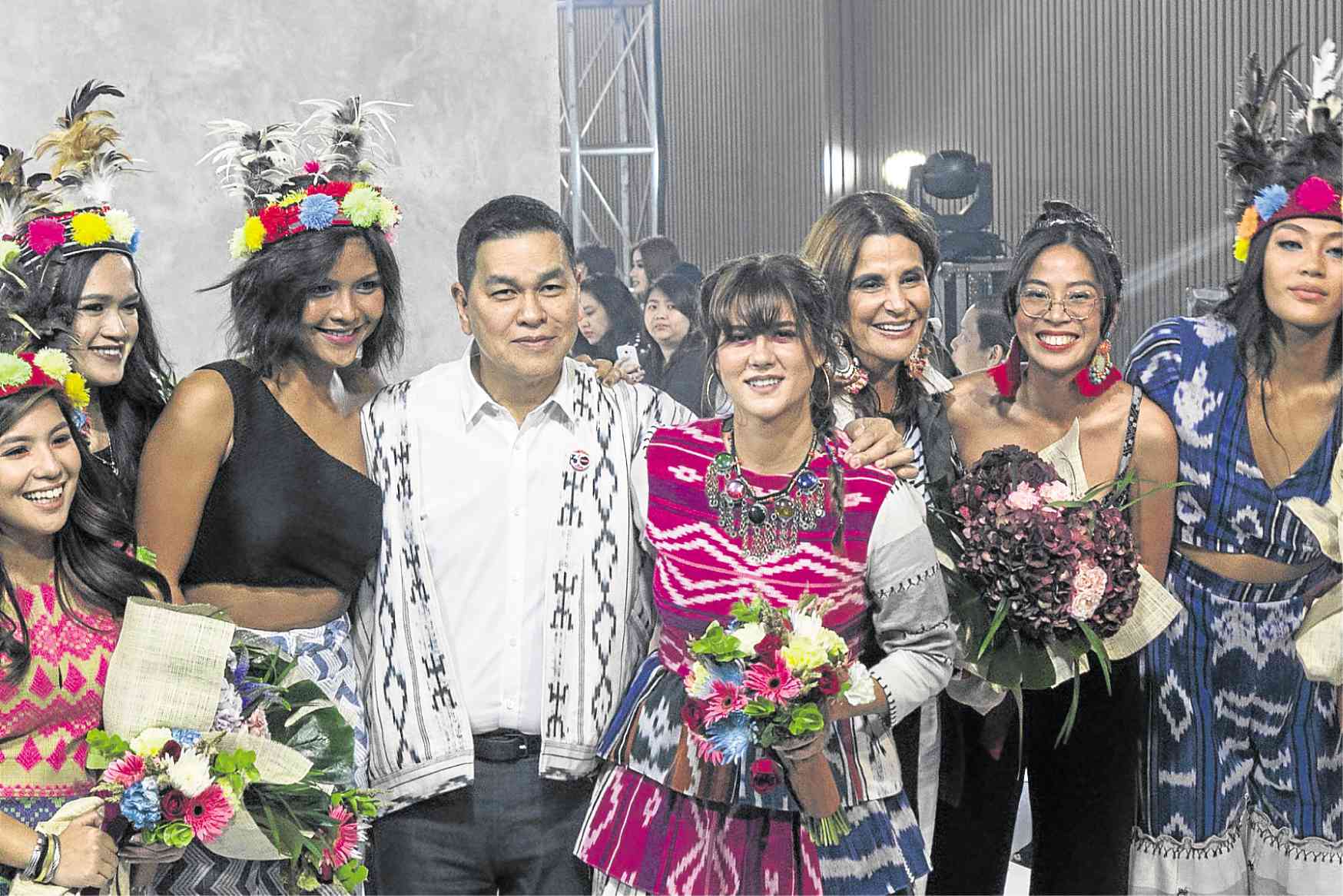 When you get even the usually reserved Ben Chan getting on his jig, you know the event—in this case, the Bench Fashion Week Holiday 2017—is off to a rousing start.

That was the fun, festive, fiesta mood set by the debut show of Paloma Urquijo Zobel’s Piopio fashion brand Thursday, to open the four-day Bench shows.

With her first looks ushered in by a live band, Urquijo’s models swayed, spun, shimmied their way down the long runway of Bench Tower’s Playground, in what the designer-brand founder earlier told Lifestyle would be “fun, festive” clothes that its wearers would be “comfortable enough to dance in all day.”

Urquijo launched a small collection of her Piopio line late last year, largely resort wear that made use of indigenous fabrics like inabel. Piopio will be available at the artisans’ village she and her mother, Bea Zobel Jr., are setting up in Lio, an ecotourism development of Ayala Land in Palawan.

In her first show at Bench, she and her design team have expanded the collection for looks that would be right at home in Malasimbo and Coachella. The collection’s theme is “Barrio Fiesta.”

Piopio’s first look set the youthful tone with a midriff-baring two-piece number in ikat-pattern material with contrast fabric details. It was soon followed with thrifted denim jackets and jeans with fabric patchworks, akin to the first collection.

There were quilted jackets of inabel, as well as caftans edged with local weaves. Urquijo also sent out sneakers and espadrilles using the same local fabrics. Dressier looks came in the form of dresses with tiered maxi skirts in a mishmash of prints.

With Deee-Lite’s hit ’90s club anthem “Groove is in the Heart” blaring in the PA, a dancing Urquijo with her team took her bow in front of Chan and her mother, Bea Zobel Jr., who were both wearing Piopio cardigans. Chan gamely danced with Urquijo and company.

Earlier in the evening, Kashieca opened the event with its holiday collection, featuring model Kelsey Merritt and actress Carla Abellana. It was followed by the Danish brand Vero Moda.

Bench, which is celebrating its 30th anniversary, also presented the collections of its other homegrown and franchise brands Friday (Human, Cotton On, American Eagle) and Saturday (Bench). Friday’s show had designer Jerome Lorico for the finale. Rhett Eala and Bench Body with Filipino-Canadian model Paolo Roldan were the highlights of Saturday’s event.