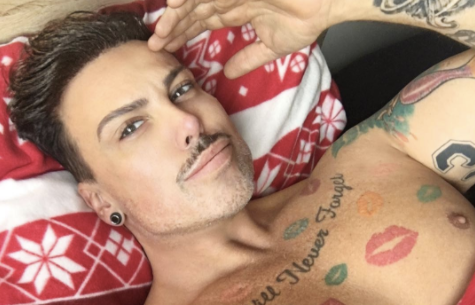 When a man was given general anesthesia prior to a plastic surgery procedure, he suffered from an adverse effect: prolonged erections.

Neven Ciganovic, a reality star from Croatia, was in Iran for a rhinoplasty or a nose job for his crooked nose.

However, on his trip home, he started suffering from priapism, which according to the Mayo Clinic is a painful and persistent erection not caused by sexual stimulation, reports The Sun.

Priapism requires emergency care when the erections go on for more than four hours. Complications include erectile dysfunction, since blood trapped in the penis will be deprived of oxygen.

While its cause could be blood disorders, prescription medications like blood thinners and antidepressants could have this side effect.

According to Ciganovic, while he was treated, the pain was agonizing, as the hospital in Belgrade did not give him painkillers. Doctors said his recovery could last for months.

The 45-year-old’s plastic surgery journey is being documented by United Kingdom network Channel 4.

He is considered addicted to cosmetic treatments, which has included three operations on his nose and procedures on his lips, stomach and chin.

Ciganovic said in the report, “I look forward to a movie about myself. Channel 4 dedicated a whole episode about me. I think this is a big deal and I hope this is the start of my international career.” Niña V. Guno/JB