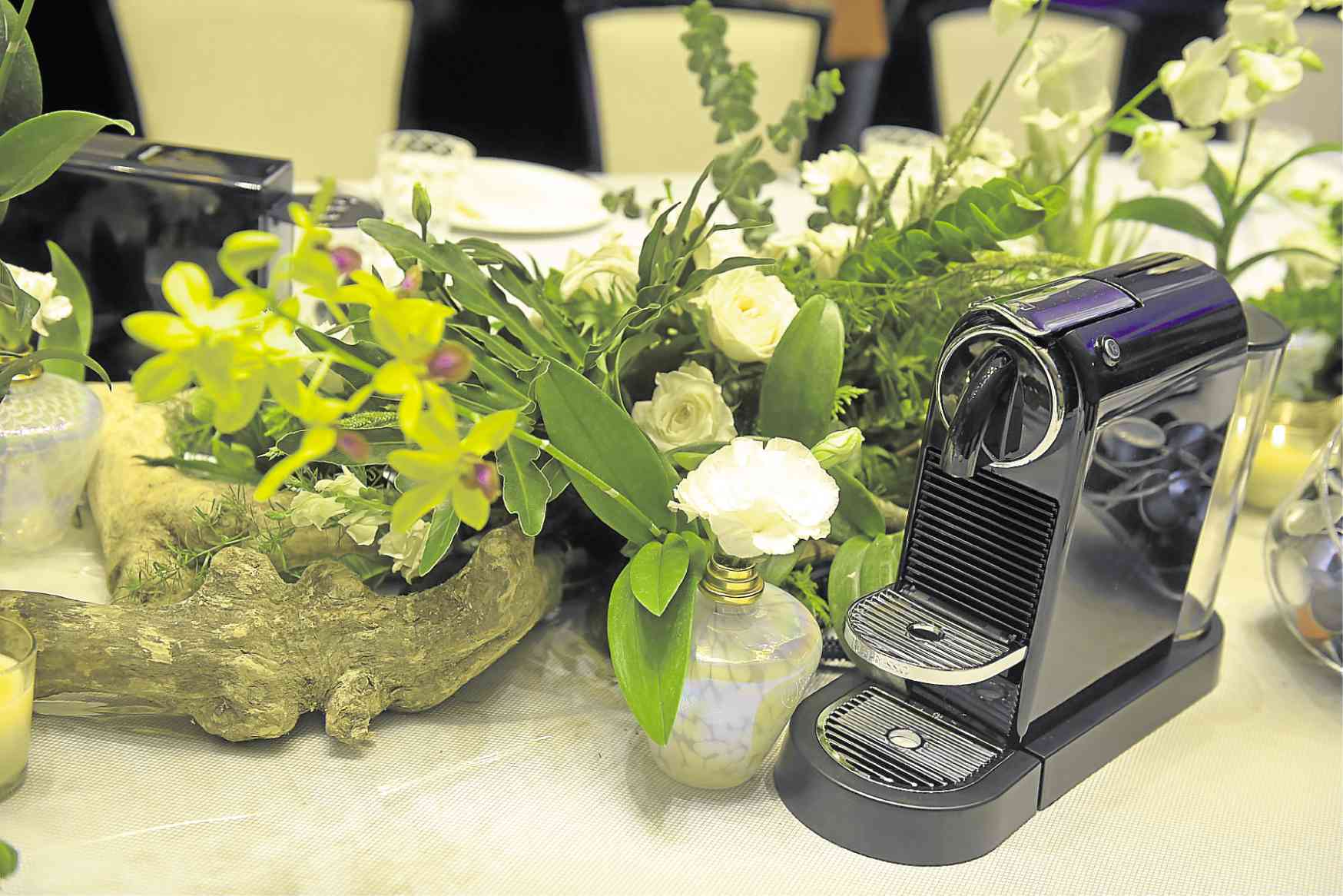 Batangueños splash their breakfast rice with kapeng barako, and at Café Excellente in Bacolod Central Market, people lineup in the wee hours to get their morning wake-upper —freshly ground and brewed coffee, poured straight from the pot.

Given this nation of coffee lovers, it’s a wonder that Nespresso decided just now to launch in the Philippines, after having been here for a decade now, marketed to business clients.

“The Philippines has the most upbeat consumers globally,” Lai Ching Kok, Nespresso regional head of B2C Asia, says. “Given the Filipino’s high awareness of, and appetite for international brands, we believe that Nespresso will quickly develop a strong following here.”

Started in 1986, Nespresso has become known worldwide for revolutionizing the way people enjoy coffee. It is best known for its coffee-making machines, and its unique coffee capsule system.

Nespresso is one of the pioneers in the coffee industry that developed the coffee pod system, otherwise known as the single-serve coffee container.

With the coffee capsule system, the ground coffee beans are pre-portioned according to exact specifications, and with the standardized nature of the brewing system, the coffee produced is always uniformly good.

Its machine technology delivers optimal water temperature, quantity and speed, with the optimal extraction pressure, to yield an excellent cup of coffee.

The system simplifies an otherwise painstaking process of creating an excellent shot of espresso, as we usually see when the barista prepares a cup of espresso or Americano.

At the exclusive launch at The Peninsula Manila, the media was served a sumptuous lunch prepared by chef Sunshine Puey.

She developed a special coffee-infused drink just for the launch. The result was Toasted Coconut Mocha—
Nespresso coffee splashed with dark chocolate syrup and coconut milk, topped with toasted coconut.

Nespresso machines will initially be available at Rustan’s Makati, Rustan’s Shangri-La Plaza and Abenson Bonifacio Global City. One can also taste the different Nespresso coffees in these locations.