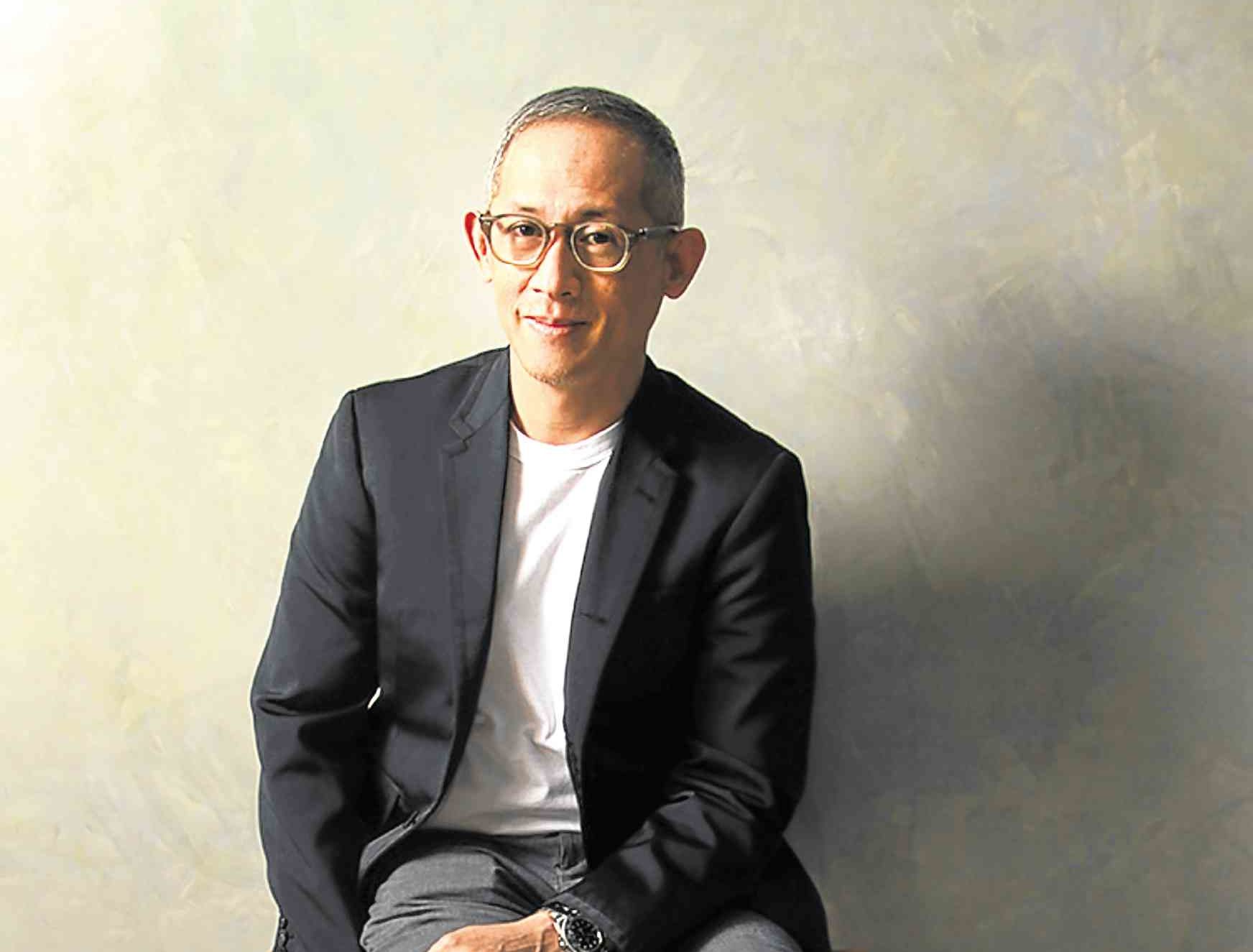 Jappy Gonzalez: “Our quest for relevance is of utmost importance.”

The man who sells luxury labels such as Lanvin or Comme des Garçons is unabashed about wearing trainers and a loud yellow T-shirt with the DHL logo. The look may seem jarring at first, but if you’re au courant with the trends, you’ll get the point.

Mark “Jappy” Gonzalez’s DHL T-shirt by the streetwear Vetements (vet-MAHN) was sold $330 online. Fashion publications reported about the brand’s tongue-in-cheek tribute to the courier-service brand as a style salute to the commonplace. Vetements appeared to generate snobbery by going mainstream.

This is the kind of nonchalant exclusivity that the lifestyle company, H&F Retail Concepts Inc., has stood for since its inception in 1995. As co-founder and managing director, Gonzalez was inducted Sept. 9 into 2017 Business of Fashion (BoF) 500, the roster of movers and shakers in the global fashion industry.
The influential online publication BoF spreads the gospel of fashion and beauty business worldwide.
This year, BoF 50o included 99 new entrants from some 40 countries. They were feted at the Palace Hotel during New York Fashion Week.

“Every year we bring together a diverse group of people from every corner of the planet—all shades and shapes and colors and creeds—because diversity is one of the things that makes the fashion industry one of the most creative, dynamic and influential forces on the planet. We need to use this as a force for good,” Imran Amed, founder and CEO of BoF, said during the gala.

Gonzalez is the third Filipino, the only locally based, to make it to the BoF 500. His predecessors include Harper’s Bazaar creative director Stephen Gan, who founded the revolutionary Visionaire publication, and blogger Bryan Grey Yambao, aka Bryanboy, who elevated social media into a sphere of influence.

BoF cited the Philippine retail executive for introducing Balenciaga, Lanvin and Comme des Garçons, and multibrand stores that were fueled by en vogue labels. His stores have survived the Asian financial crisis and the financial meltdown and have maintained their relevance in a market where taste is constantly changing.

Gonzalez explained that multilabel stores emphasized diversity of viewpoints on what may shape retail in the future. He added he only carries brands he believes in, regardless of trends.

“We do the opposite of what you expect from the establishment,” he said. “What can be more directional than Comme des Garçons?” He was referring to designer Rei Kawakubo’s deconstructed silhouettes and asymmetry that were contradictory to the mainstream tastes for sundresses or caftans and regular proportions.

Gonzalez has had 32 years of experience to defy conventional tastes. After obtaining a Commerce and Marketing degree at De La Salle Univeristy, he became a merchandiser at Cinderella. He then rose from the ranks, becoming head of department designing and buying fabrics.

After 10 years, he felt no longer comfortable working with fashion formulas. He wanted to offer offbeat but stylish and individualistic clothes to a well-traveled and discriminating market.

Gonzalez recalled that convincing principals was not easy. The Philippines was terra incognita. Still, he persuaded them with his retail savvy and knowledge of fabric.

“We said we were willing to take a risk. What did they have to lose?” he recalled.

In 1995, the first Homme et Femme store opened at Shangri-La Plaza Plaza. It offered Industria, sensually simple clothes by Italian photographer Fabrizio Ferri; the minimalist cool Costume National; and the soft, body-skimming silhouettes of Romeo Gigli that were the solutions to the waning Power Suit.

Back then, Milan ruled for its hard-edged but refined tailoring. These labels refused to conform to trends.

“Now fashion seems to be coming from Paris again,” Gonzalez said. Today brands are no longer on the racks. Their founders had left their own labels while Gigli had gone low key. “Fashion is in a constant flux. It’s also the survival of the fittest.”

Five years ago, Univers opened at One Rockwell to serve as destination shopping place. Gonzalez liked the exclusivity of the location. He then opened a second Homme et Femme and Balenciaga at 8 Rockwell. He also opened Lanvin.

Homme et Femme holds the iconic labels such as Celine, Valentino, Dior Homme, which cater to the mature and sophisticated market. Univers attracts a younger market as well as creatives such as architects, designers and directors who readily buy a P15,000 T-shirt or a P75,000 deconstructed pair of jeans.

“We’re taste-driven. We don’t segment the market,” he said.

Gonzalez hunts for eye-catching items that combine street fashion and club culture with elegance, from gewgaws to artisan candles and leather goods, books and magazines. H&F stores outclass the other establishments in curating progressive or quirky, high-quality merchandise.

The 450-sq m Univers, designed by architect and loyal client Ed Calma, is like a barometer for what’s cool. Fashion students and followers go there to be updated with prevailing tastes and see construction of clothes up close.

“Not everybody can travel. They take a look and feel as if they’re part of the experience,” Gonzalez said.

In the midst of our conversation, a satisfied client told Gonzalez that he was pleased with the brass wine coaster that he had bought as a present. He purchased a second one for himself.

“Even for us buyers, buying a gift for a person who has everything is challenging,” he said.

Univers spans the scale of the brands leading fashion right now. The most popular are the streetwear Vetements, famous for its cheeky low-brow taste at stiff prices, and the DJ-inspired Off-White with its bold graphics.

Then there’s Sacai, noted for its technical ability and fusing several items of clothing.

Gonzalez showed his eye of construction as he pulled out a utilitarian dress by Simone Rocha, made romantic by unconventional patchworks for a three-dimensional effect. Other designer labels such as Alexander Wang, Thom Browne, Martin Margiela, Noir, Zero by Maria Cornejo shared the space with street fashion such as John Anderson and Yeezy by Kanye West.

The clean lines of Italian leathergoods brand Mansur Gavriel stood out from the shelves. Following the athleisure trend, there was a plethora of trainers to cater to sneakerheads.

“Our retail is not necessarily about the brands but the thinking that we carry,” said Gonzalez. “If we erased all the labels, the clothing or accessory will still talk to you. They give a clear message of who you are and what we do. It’s either you are with us or you’re not.”–CONTRIBUTED