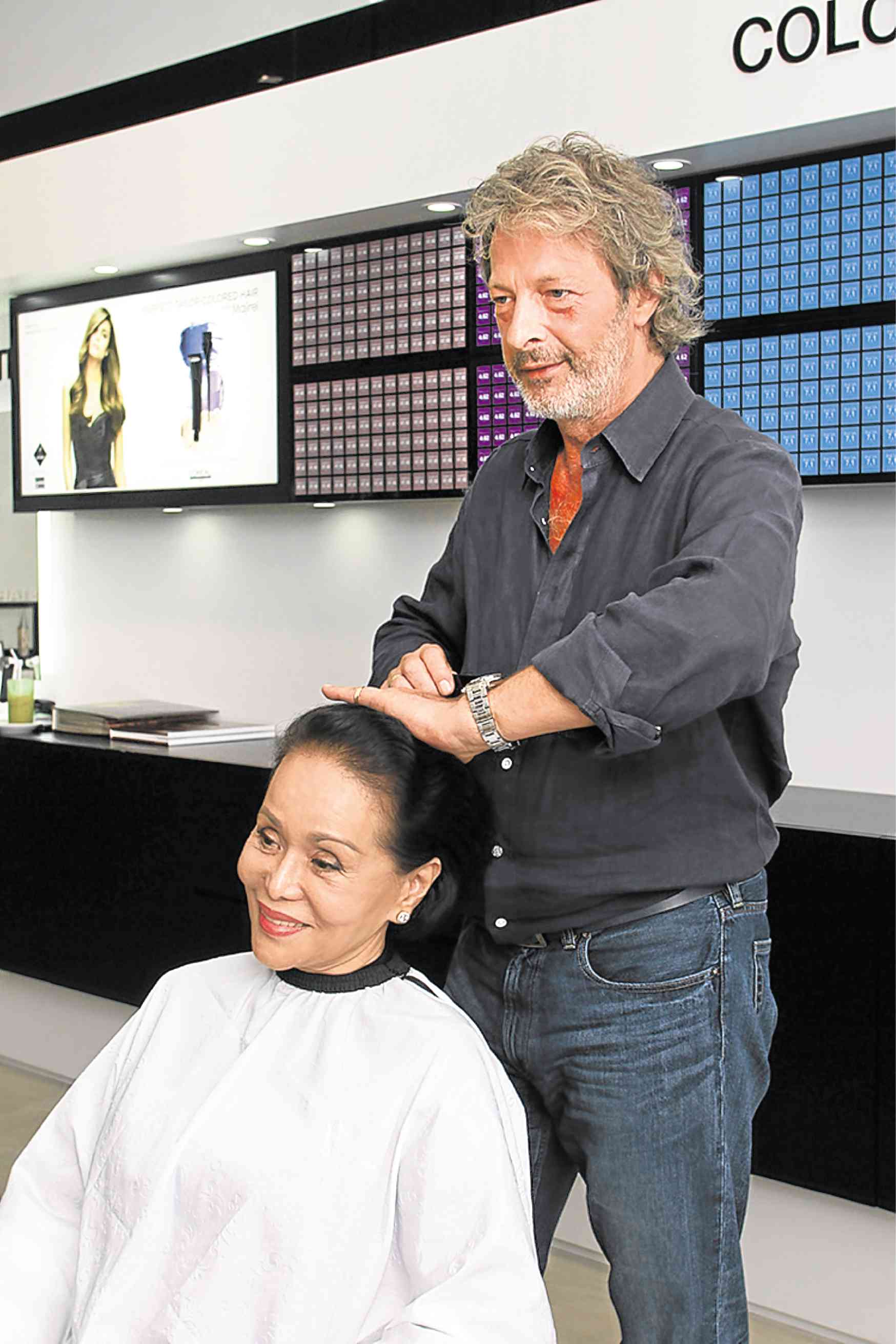 Vidal Sassoon protégé finds his own voice: ‘Respect the hair’

French hair artist Pascalain Gianello says he doesn’t cut hair; he sculpts it. A $100-haircut (P5,000) is worth every cent because he spends an average of 90 minutes to two hours just going through each section of the hair to produce its definitive silhouette.

“The perfect shape starts with the haircut,” he says. “It’s not just cutting the length but doing what it takes to make your hair manageable.”

Gianello creates the cut based primarily on the pattern of hair growth, which starts from its axis or the puyo. Armed with different Japanese scissors and combs, he follows how the hair falls and shapes the cut according to the texture and the client’s bone structure.

He believes that a bob, for instance, isn’t just a neat bowl on the head. The hairstyle must be subtly sensual and should flatter the neckline.

The 60-year-old hairdresser began his career at age 13 in France as an apprentice. At 17, he went to London under the tutelage of revolutionary hairdresser Vidal Sassoon.

Back then, hairstyles were back-combed and sprayed, lending an artificial look. Sassoon bucked the trend by creating shorter, angled hairstyles that could easily be feathered. Although Gianello credits Sassoon as an influence, he and other protégés have developed their own distinctive styles.

Gianello has been working independently since 1983. He collaborated with a French chemist to develop his eponymous hair care line, Pascalain Gianello PG Hair Care system.

He observes that some salons are commercially driven, such that hairdressers tend to bamboozle their clients with products they don’t need.

“[Hot oil] may be relaxing, but when you look under the microscope, it doesn’t do anything to regenerate the hair,” he says.

After a busy career in New York, Paris, London and Hong Kong, he and his Filipino wife, Sonia Du, now live in the Philippines. He flies all over the world to train hairdressers and works with clients at home or at his place in Bonifacio Global City.

“Respect the hair and create a perfect shape. This is honest business,” he says.—CONTRIBUTED