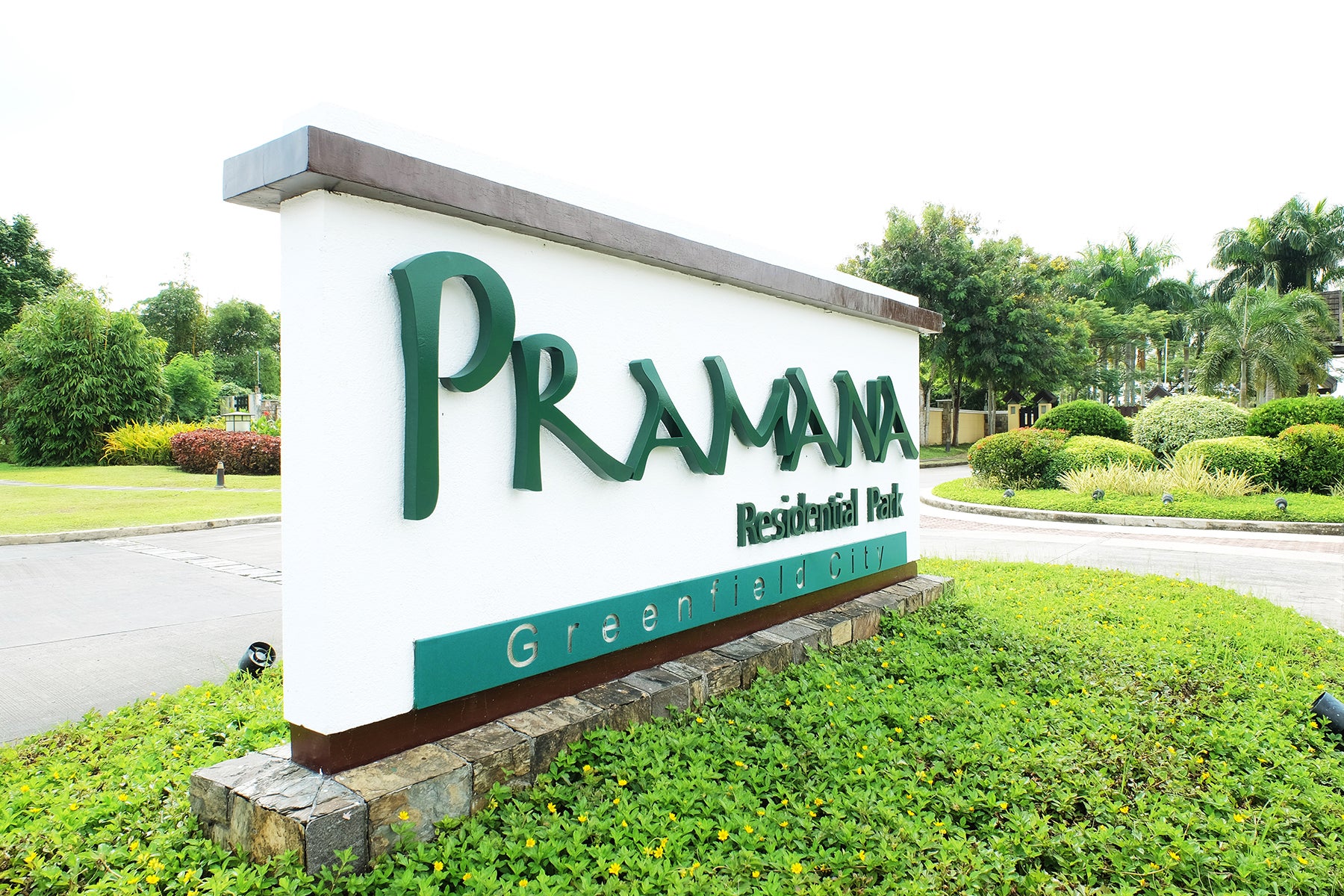 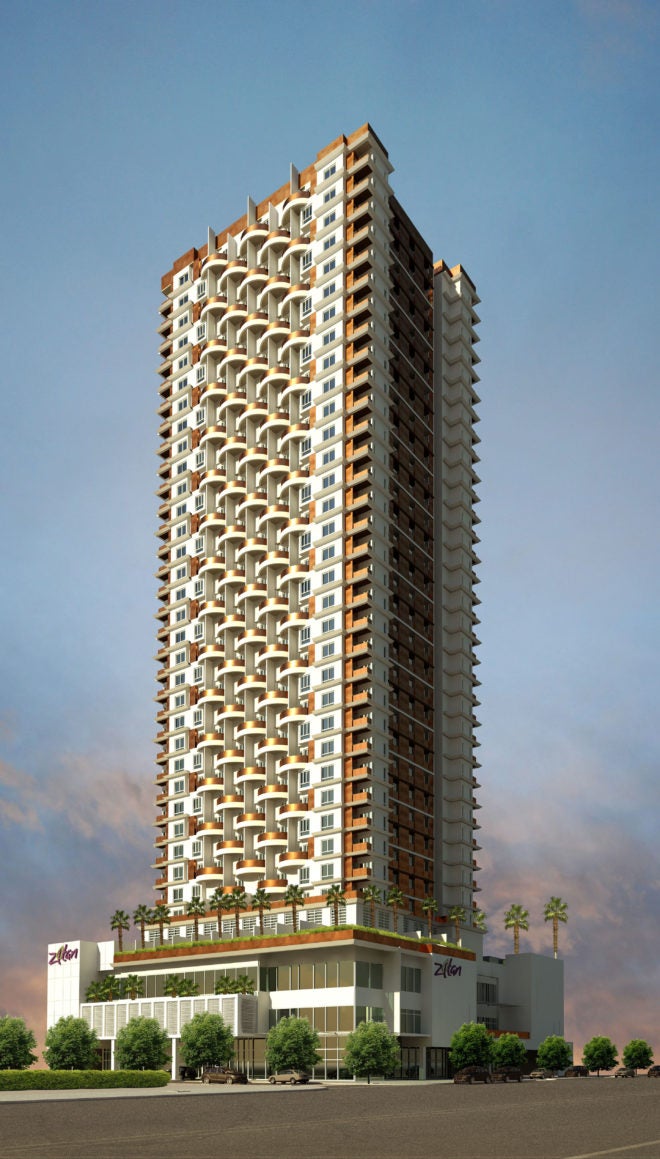 The Philippine real estate market is undoubtedly booming today, and with it has come a healthy landscape of competition among property developers both big and small.

From city condominium dwellings to suburban enclaves and even commercial and retail spaces, these spell more exciting choices for the homeseeker and business owner. However, it also means they have to be more discerning in terms of where they pour their hard-earned money into.

“For most Filipinos, investment value is an unspoken consideration,” says Atty. Duane A.X. Santos, general manager of Greenfield Development Corporation, one of the most experienced full-line real estate developers in the country.

“By unspoken, we mean that it is always something they keep at the back of their minds. When buying real estate, the question is always there if it is a home they can pass on to their families, if it is a piece of land they can dispose of in times of need,” he adds. 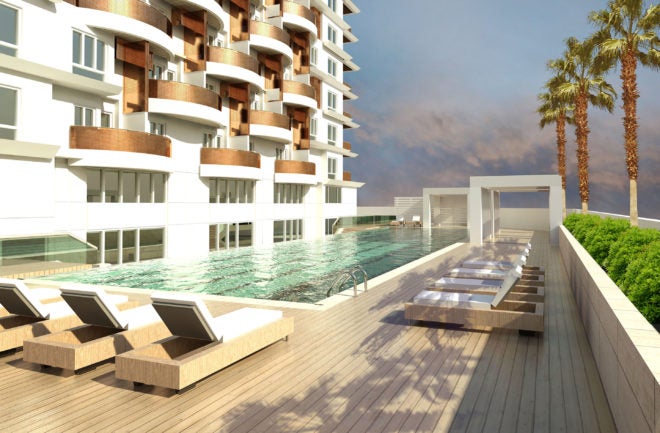 According to Santos, Greenfield as a developer thinks in this manner very much like its buyers, so to speak. It is still pretty much a tightly run organization in the Campos conglomerate—one highly respected for its business acumen as well as philanthropic legacy in the Philippines.

Rather than being viewed as a liability, being a family-owned business can boast of advantages in terms of attention to detail and personal accountability to stakeholders. “The way we view our land developments is that we make choices as if it were our personal properties,” says Santos of the company helmed by chairman Jeffrey Campos. 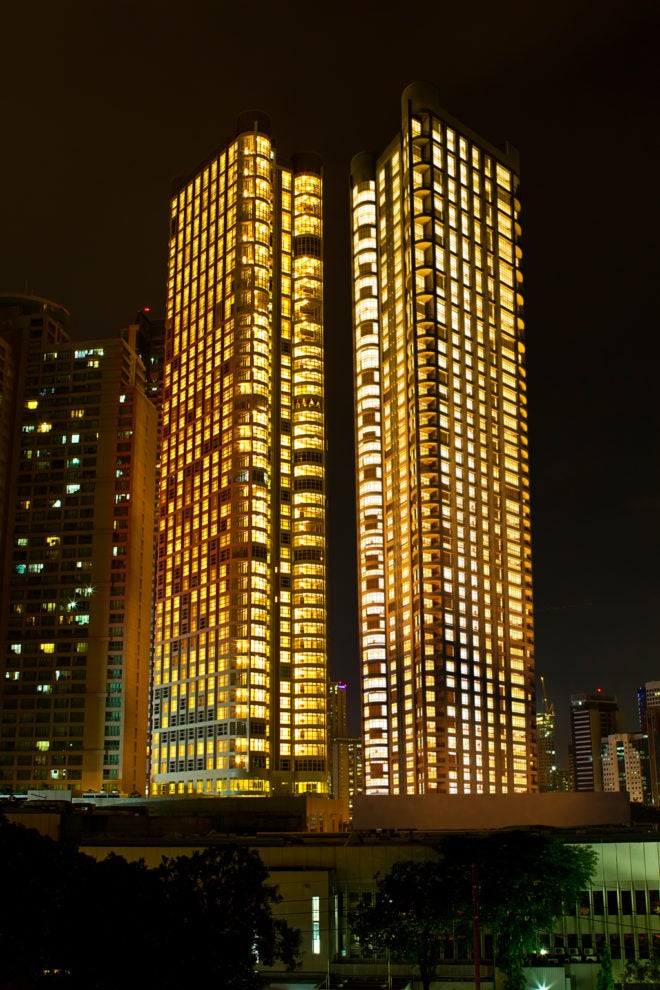 This spirit is captured in Greenfield’s current corporate marketing campaign, dubbed “Building for Generations”. Majority of the company’s active developments are hinged on unlocking the massive potential of its own vast landholdings in key areas in Metro Manila and beyond. Rather than riding on trends, Greenfield carefully draws up a masterplan that takes into consideration a highly sustainable future for its residents.

A prime example of this is the 400-hectare Greenfield City suburban township in Sta. Rosa, Laguna. Long before developers came into this locale south of Metro Manila, Greenfield could very well be credited for jumpstarting interest in this area with its very own investments in road infrastructure. 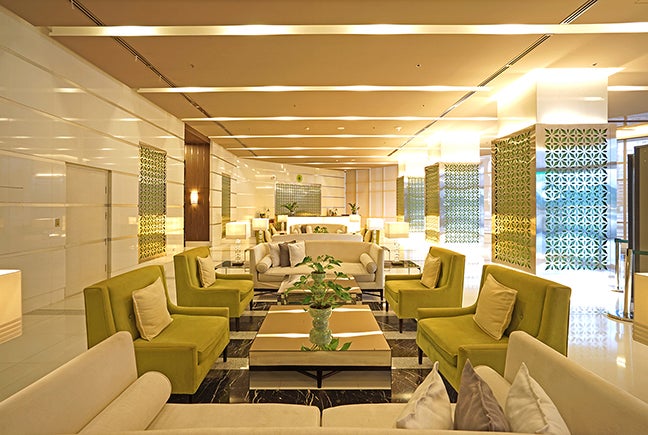 It allotted land and undertook creation of the Greenfield/Unilab exit on the South Luzon Expressway (SLEX), as well as the Cabuyao and Southwoods Exits in the early 1990s. By 2006, accessibility was even more enhanced with the opening of the Eton-Greenfield Interchange. 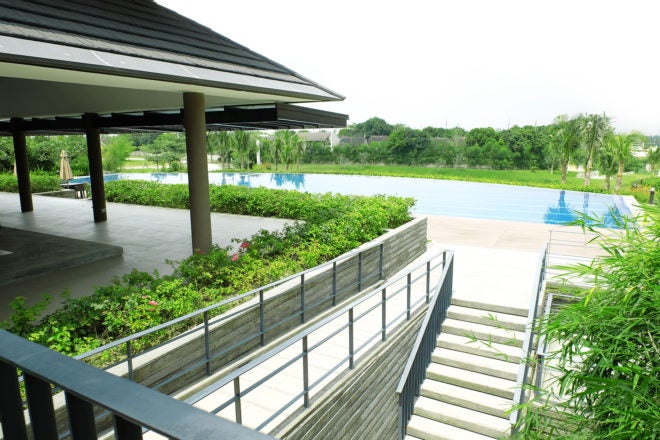 A city within a park

Greenfield City is dubbed a “city within a park” for its inimitable atmosphere of being right in the middle of nature. “Most developments build parks in their projects or subdivisions,” explains Santos. “At Greenfield, we are building a city within a park”.

Greenfield City sets itself apart with its replete masterplan with residential, commercial as well as industrial components. In 1998, Paseo de Sta. Rosa was one of the earliest developments in Greenfield City that became a landmark in the area, known for its value-for-money outlet shops of some of the biggest and sought-after fashion and retail brands. 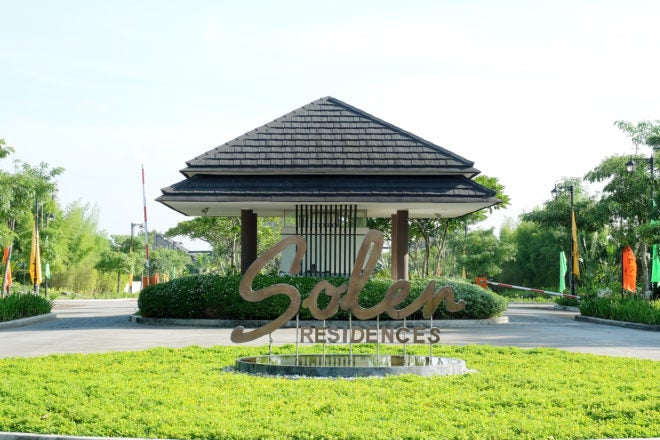 The Greenfield Auto Park was also opened in 1998, playing a vital role in stimulating local and even national economy with its numerous manufacturing, electronics, automotive and industrial locators. In 2004, the Santa Rosa Business Park opened and provided more space for corporate, hospitality and academic institutions.

The residential aspect of Greenfield City was established with residential communities such as Pramana and Solen, which translate the “city within a park” concept into actual, everyday living. These residential enclaves are marked with wide, green open spaces, parks and tree-lined roads that aim to nurture traditional family living. 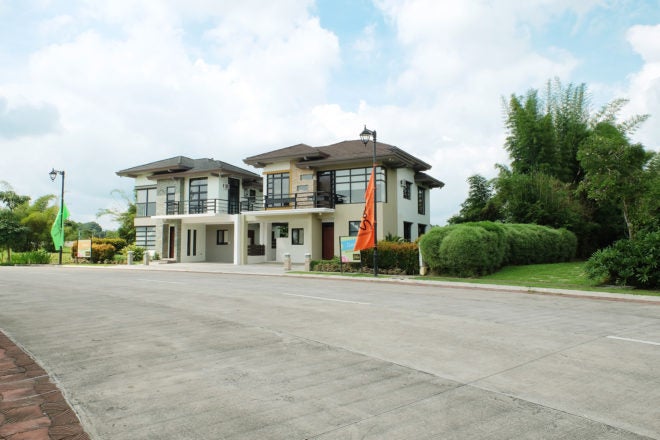 City of the future

In Metro Manila, Greenfield is pioneering a different kind of city lifestyle at Greenfield District—a “smart” urban center digitally interconnected with a fiber-optic backbone that delivers all the benefits that high-speed Internet brings.

Having once been known as the landmark EDSA Central retail center and transport hub along the major EDSA thoroughfare, Greenfield retooled the vision for its 15-hectare landholding surrounding EDSA Central and expanded the development to include residential and mixed-use commercial and office towers. 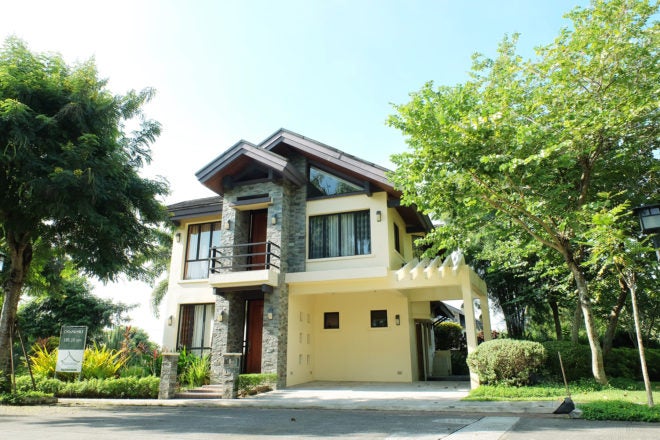 The resulting masterplan has been changing the Mandaluyong landscape with modern high-rise buildings enhanced by generous landscaping and a pedestrian-oriented traffic flow. In 2009, Greenfield launched its flagship condominium project Twin Oaks Place, which exemplifies the future-ready lifestyle of Greenfield District with its integrated fiber-optic connectivity that enables features such as smartphone-controlled home automation, among many others. 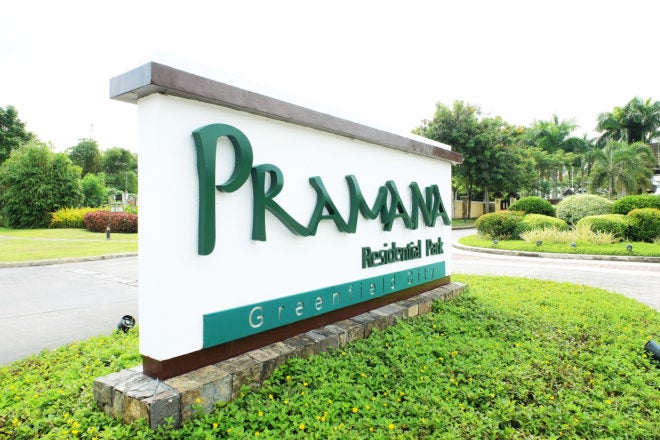 This lifestyle extends to Greenfield District’s public and civic spaces, which is the venue for distinctive activities such as the now-renowned Greenfield Weekend Market of unique food and retail finds. Completing the masterplan are upcoming office developments such as Greenfield District’s first BPO (business process outsourcing) high-rise tower. 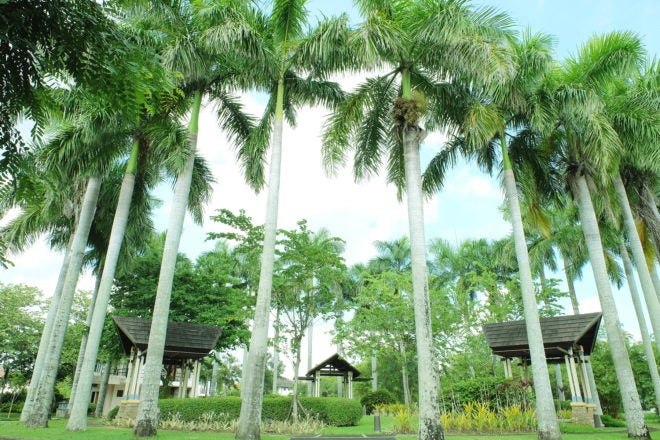 Greenfield is keen on keeping this masterplan strategy for its developments in the foreseeable future. “We will continue to provide Filipino families with communities that allow them to grow with the times but still thrive in a familiar and comforting environment,” concludes Santos. ADVT