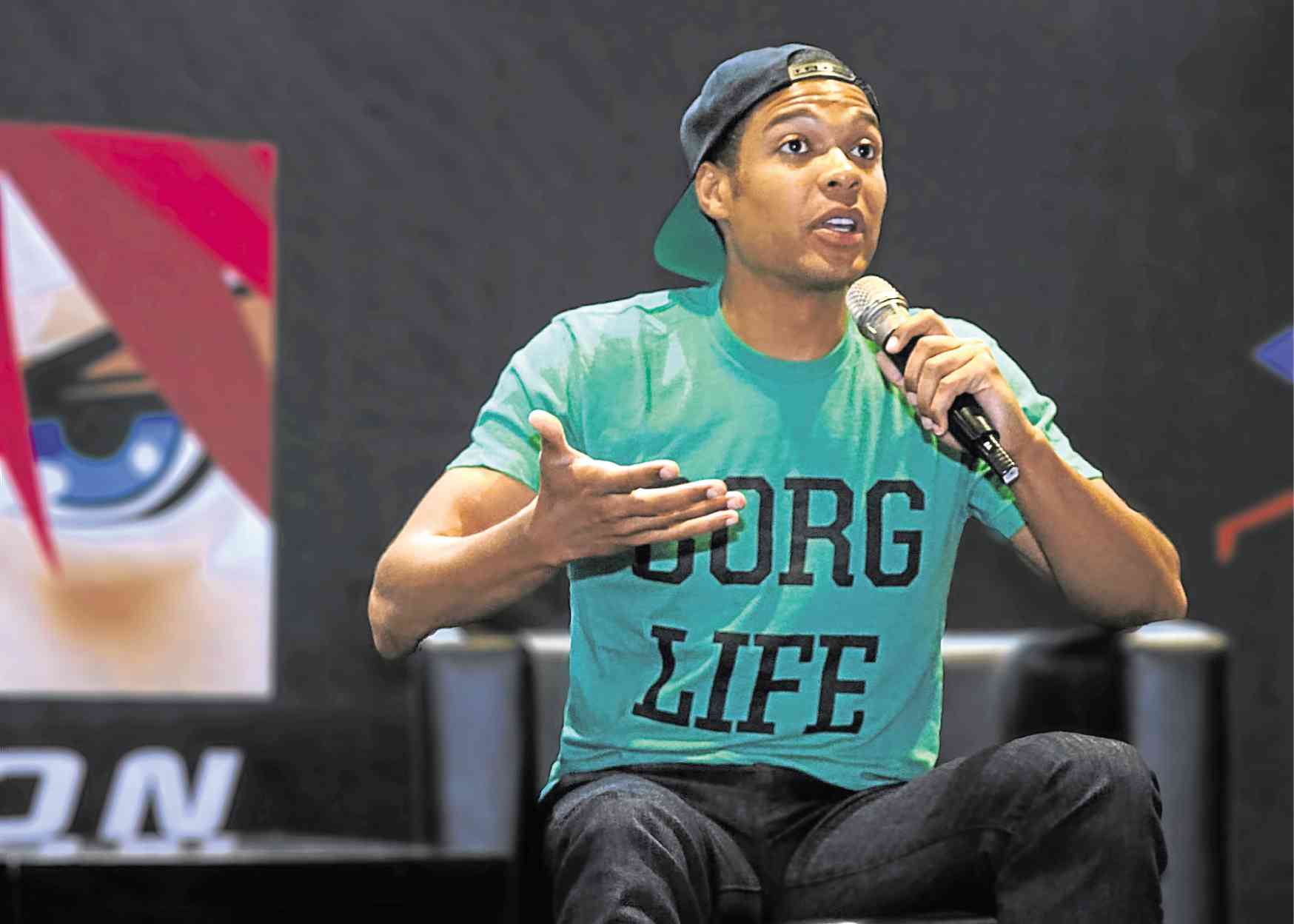 Ray Fisher said his favorite scene from the upcoming “Justice League” movie was the first time all the heroes were on screen together. —JILL TAN RADOVAN

Ray Fisher and the Borg Life

Ray Fisher came to meet “Justice League” fans wearing a shirt everyone would remember—the words “Borg Life” were printed on it. He’s been sporting the same kind of shirt in every comicon he’s ever been to.

One look at the guy and we just instantly felt the actor absolutely loved the superhero he portrayed. As DC’s comic book character finally debuts on the big screen later this year, we knew this early that we’d have a new character to love, and, even more so, one that we can’t imagine anyone else play.

“Borg Life is the ability to take the negative situations in your life and turn it into something positive and help other people,” Fisher told the Manila crowd at this year’s AsiaPop Comicon.

“Cyborg’s gone through a lot—a lot of trauma, a lot of issues—but instead of spending time allowing those have the potential to drag him down and turn him into a bad guy, he doesn’t,” Fisher said.

“I think he’s not the strongest of heroes because of his superpowers, I think the greatest asset that he has is his heart,” the actor added.

Fisher previously made a name in theater acting, bringing back long-revered icons Shakespeare and Muhammad Ali on the live stage. As Cyborg, he said he played an equally iconic character known in pop culture, and here he brought everything he’s learned from the stage since he started in high school.

“The study and the craft are the same, you switch the finer parts of it which goes into the movie,” he shared.

Unlike most superheroes, Cyborg doesn’t have an alias—he can no longer go back to being Victor Stone. The suit is part of him and ultimately makes him who he is. That is the biggest disadvantage and advantage of being Cyborg: He doesn’t have the option to live normally, but his integrated cybernetic parts make him adapt and evolve continuously.

“Cyborg’s one of the smartest characters of any comic—in any comic generation. The technology in him is other-dimensional, otherworldly. But it wasn’t easy trying to rebuild himself mentally, at the same pace his father tried to rebuild him physically,” Fisher shared.

We first saw Cyborg on the big screen in a “Batman v Superman: Dawn of Justice” cameo, but most people remain familiar with the DC character in the “Teen Titans” cartoons—and that was Fisher’s first encounter with the superhero, too.

But unlike the animated series where the character is known to enjoy playing video games more than fighting crime, Zack Snyder and Chris Terrio focused on Cyborg’s relevance in this highly tech-dependent world. Fisher said it took a lot to establish the character in a new light, especially when it comes to Cyborg’s individuality and humanity.

“When I ended up in the role, my friends from Warner and DC sent me every possible comic to learn about the role. I think the broad strokes of this Cyborg, for sure, are from the comics—particularly the ‘New 52’ where Cyborg joins Justice League,” the actor told Super.

“This is a different Cyborg,” Fisher said. “A new one for a new era.”